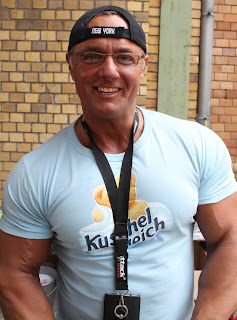 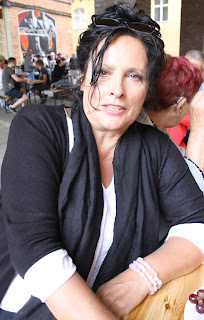 Last week ended with more ‘grillen’! I had a relaxed week with less meetings and appointments than usual, but then we are starting the holiday period. The breakfast in my garden on Thursday did not take place due to weather, and arrival of the gardeners with machines.

That evening I met my Kowalke-Gang for supper, drinks and interesting conversation. On Friday I went to Kerstin’s Training for Oldies (as usual) then to my Photoshop Gang. It was our last session before the summer break. We made changes to a series of photos we had taken earlier. We shall present them at an exhibition later in the year. 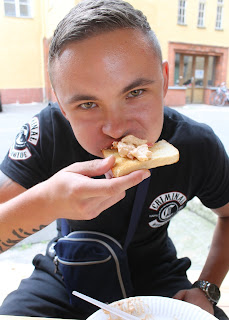 In the evening Bro2 arrived to pick up the last 2 CDs about the Harry Potter saga. He really enjoys the films and uses them to learn English. He also identifies with young actors growing up in the series of films – just as he is!  I gave him some clothes for the family I had been given. He tried on two summer pullovers with the words ‘Pierre Cardin’ on the chest. He looked very good in them and decided to go home wearing one! 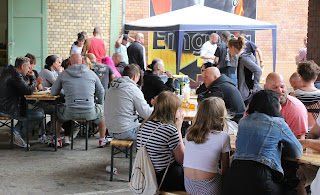 And so to yesterday. Grill Party time at 4.00 pm at my Fitness Centre. I jumped onto a tram and entered the grilling area at the Centre. I saw Kerstin with some of her Training Oldies and joined them.  The area filled up and the grilling got under way. On offer was beer, fruit juices, grilled steaks, mixed green salad and the hit of the event —- grilled sausages!!

I got a Berliner Beer then filled my plate with salad and a grilled sausage and tasty mustard. Mmmmhh….really nice, so after a short break I had another one :-)) I later snapped a few photos and shall give them to the Boss when I go there next Friday.  Here are just four of them.

The first is of Kerstin. She is the leader of three Senior Training classes. I am in her Friday group. The next one is of the Boss. His name is Birk and he owns the centre as well as being the trainer.  In addition, he still enters bodybuilder competitions and wins prizes. Another is of a very friendly student I know who trains there and clearly enjoyed his food! The final shot is of some members who came along just to enjoy the event – like I did!