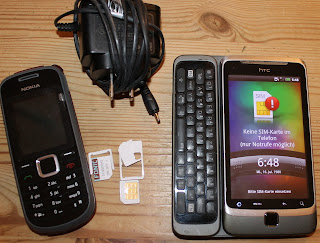 It’s pouring down but still 24°C. It started just as I was about to go shopping. Very changeable weather at the moment. For example: Yesterday I was about to set off to help at an SPD Info Stand (now it has started to thunder with lightening) when I got a call cancelling it due to bad weather. 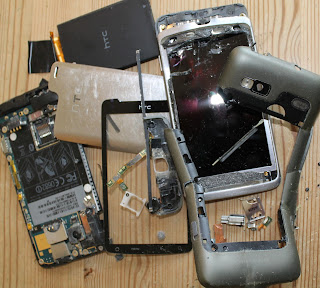 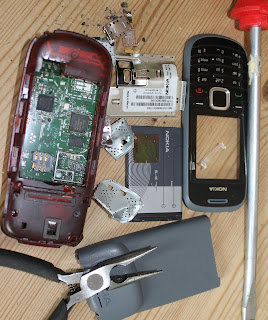 It keeps me indoors more than I want to but at least reading has increased. I have also been going through drawers and sorting things out in the reading breaks. I found some old telephones.

At the Monday afternoon smartphone/laptop meeting, the leader of the group had a good laugh at them and said with a big smile,”You can recycle them.”

I decided to do that after I had found out what was inside  the things. Hammer and screwdrivers to the ready and bang, bash, bash. I opened the small one.

Interesting to see that the things are made by machines and the bits put together by more machines. I opened the old smart phone to see more plastic and bits of metal than  expected.

In the course of preparing them for recycling, the things gave me three cuts to my hand/fingers. They did not give in easily! Still raining but the thunder and lightening has moved on. I think a dash to the shops under a big umbrella is the only solution.

UPDATE: It’s still pouring down. More summer please! The Boyz visited this afternoon. They wanted to exchange Harry Potter 1 & 2 for 3 & 4. They talked about watching the films and trying to understand English. They said they could stop the CDs and replay until they understood. They also ate all my bananas and drank all the orange juice while they were here. A good sign of healthy Boyz!