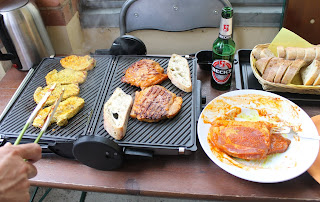 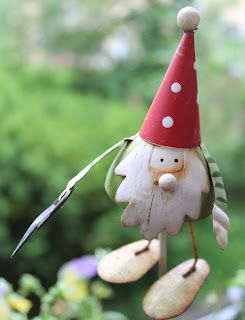 That means to grill in English.
Correction: Oh no it does not. It means barbecue. Thanks to Birgit for the correction  See her comment on this post.

As soon as the sun shows itself German people rush to clean up their grills and off we go into the ‘grillen’ season.

When  the weather is hot and sun shines then it is time for ‘grillen’. I recently met Rene who is also a representative in the housing association where I live. We had a beer in the local pub and he invited me to his place.

I went yesterday evening and had a very pleasant time with him and his wife. Here you can see him ‘grillen’ and I took a shot of a nosy neighbour who settled down to watch us ‘grillen’ !!

Later we watched the German national football team. The coach is trying out a lot of new, younger players so that added to the interest.  Germany won of course :-))