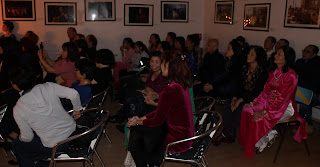 I met a real sweetie yesterday. Her name is Linn. It all started when Johanna and I went to my AWO centre to celebrate ‘Tag der vietnamesischen Familie’. It was for an afternoon of song and dance followed by a really large and tasty buffet. 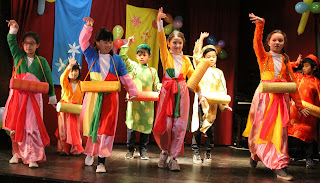 I showed Johanna the rooms and where I teach English to my Oldies before we settled into our front row seats. The Vietnamese people in the district originate from the Vietnam War period when the DDR government offered people shelter and training. The idea being for them to return to Vietnam and help to re-build it. 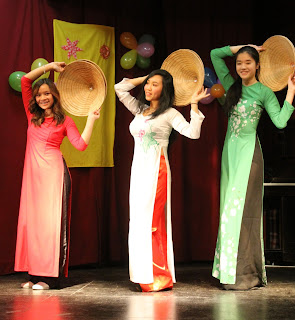 Some did and some didn’t return. The people yesterday were the children and grandchildren of those who stayed. AWO offers various courses to children from these families including language, singing and dancing. It was great to see the children doing just that and enjoying themselves. 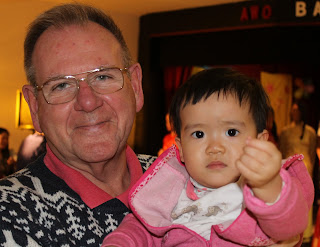 At one point I felt something on my leg. I looked down and there was Linn looking up at me and holding her hands out so I could lift her up. I did just that and she settled into my arms. I looked at her parents and they just smiled at me.

Later, Linn wanted to dance along with those on stage. She couldn’t climb the steps so she just danced in her own way on the floor before the stage. That was a real bonus for all who could see her. Later I asked her father to take a photo. Here you can see for yourself what a real sweetie she is :-))