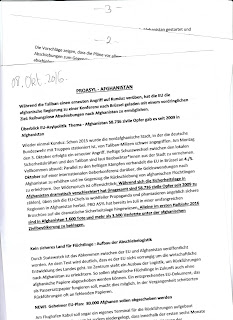 I got increasingly worried as the week went by. My first concern was for Shirley in St. Augustina on the north-east coast of Florida. You probably saw evening news/weather reports on your TV showing the terrible results of Hurricane Mathew on the Caribbean.

It moved north to hit the Florida coast on Thursday. I e-mailed Shirley yesterday to express my worries. I guess she and her family have moved inland to higher and safer ground for they have experienced such hurricanes before. I hope so and that they are safe. 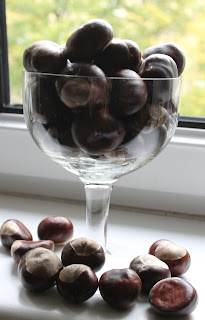 Another worry was about the future of my ‘adopted’ family here in Berlin. As the week started I heard reports in the radio about ‘refugee policy’ in general and Afghanistan in particular. On Tuesday and Wednesday of this week there was an EU International Doner Conference in Brussels. In short they discussed ways and means to increase the return of refugees to Afghanistan.

This conference took place as the Taliban launched another attack on the northern city of Kunduz. The attack was not successful but it should remind us about how unstable and dangerous life there is. Since 2009 there has been 58,736 civilian victims of the continuing war. In the first half of this year 1,600 civilians have died and 3,500 injured.

The EU conference talked about giving more money to the Afghan government in exchange for a new terminal for returnees at Kabul Airport and the EU will give new papers to Afghans who do not have papers, for whatever reasons. This new document will make it easier to return the over 80,000 Afghans waiting to be repatriated.

I’m worried about how these discussions will end and what it will all mean for my family who only have permission to stay here until the end of March 2017. They have now settled into life in Berlin and many of my friends support them financially and in other ways. What will happen to them and to all our efforts if they have to leave in April 2017?