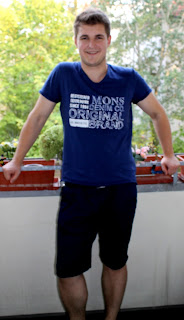 Every season is marked by change. Be it more or less sunshine, rain, cloud or snow. People also change all the time, but we usually do not notice. The exception is when you have not seen someone for some time and/or they are moving between biological periods. 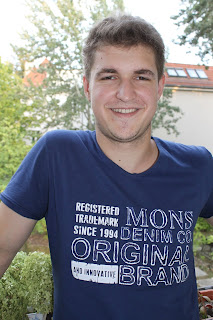 Think of a tiny baby sleeping in a cot, an active eight year old and the start of puberty followed by the shift to adulthood.  All of this takes in many summers. At the opposite end we see signs of ageing often linked to health problems. I note the latter now each time I look in the mirror. I also noted it during my summer in Brexitland.

Daniel spend summer with his family in Moldova. We met yesterday evening for our first English session. I was surprised by two things after a ten week break. First, he had not forgotten his English and could self-correct. This is very important and shows progress. The second was  appearance.

He had aged over summer in addition to losing weight. The latter is no surprise for he went on a diet many months ago and he regularly goes to a gym. I saw it more in his face particularly his eyes. This was also said to me during my summer as signs of aging(US) – ageing(NZ.Aus.UK spelling). Even so, it was nice to see him again and hear all about his family and a special lady!

I’m off to a bowling allee soon to meet my Muggelsee Gang for a period of throwing a ball. I wonder if I shall be able to lift it never mind throw it? After, we are off to a Croatian Restaurant for an evening of food, drink and chatting. Enjoy your evening.