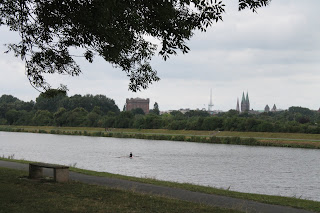 I took three trains to get to Kirchweyhe. Berlin to Hanover then to Bremen and a local train for all of 10 minutes to arrive at Kirchwehe. The worst part of the journey was from my local station to the main station in Berlin. It stopped for some unknown reason at a local station and I caught the train to Hanover with only one minute to spare! 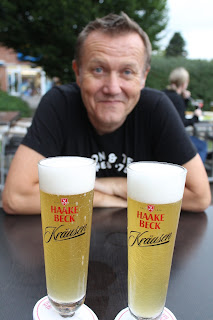 I slept most of the way and staggered out at Kirchweyhe. Holger sent me a message that he could not pick me up at the station but son Jonas would do so. I settled into the station cafe with a large coffee then saw a face I knew. It was Jonas. We got to know each other as I finished the coffee before he drove me to my hotel. 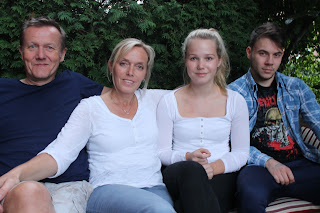 He speaks perfect English like the rest of the family, but then he had recently returned from a year in London after finishing his ‘A’ levels. He wanted a break before going to university so I helped to find a nice family for him to stay with – part of my old university contacts. I decided to stay in a  hotel/restaurant to have my own space. It was recommended by Holger who knows the owners. 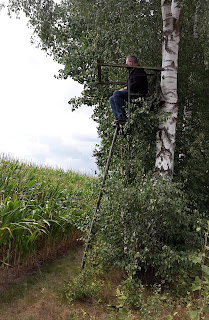 It was the start of both a holiday and trip down memory lane. Some of you know that my German adventure started in Bremen and with Holger and Gabi before they were married. I could not remember being in Kirchweyhe before but they said I had and Holger’s parents later confirmed this.

Most of the time we spent on a bicycle ride to the centre of Bremen, a conducted tour of the centre, a grill evening back at their really nice house and large garden, sipping a glass or two and lots of catching up on news. It was interesting how we all just moved in and out of English and German without thinking.

My final day was spent walking through woods and then relaxing in a restaurant. It was in this rural area that I found a watchtower – see photo. I volunteered to climb up and stay on duty to warn against any Brexiters escaping from Brexitland to find a better life in Germany :-))

A really wonderful time with a remarkable family and above there is a photo. Thanks all!