Just returned from a gallop to my bank and rail booking office in Lichtenberg which, as you Silsdeners know, is the district in which I live. I checked on who had taken money out of my account during my Brexitland absence. Everything was as expected. 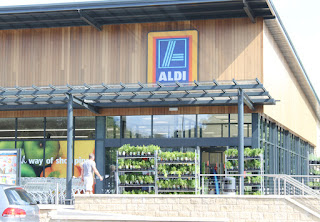 I then went to the rail booking office. I emerged with return tickets to Kirchweyhe.  Can I hear the Silsdeners screwing up their faces and asking where it is? Yes I can, so here goes. It is part of a town/area called Weyhe which is in Landkreis Diepholz. It has 9,317 inhabitants so it is bigger than Silsden. It is in the state of Niedersachsen and just south of Bremen.

On Friday, I am taking three trains to get there starting at Berlin Hauptbahnhof, change at Hannover, change at Bremen and then all of 8 minutes on a local train until I reach Kirchweyhe. Holger and Gabi invited me to visit them. I have posted about them on my blog so I don’t have to introduce them again. I am looking forward to seeing them again and letting them show me around their rural area. 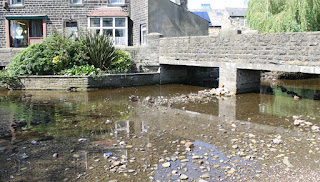 As some of you may remember, Bremen is where I started my German adventure many years ago. I had a contract with the local university in addition to teaching in a couple of private schools. When that all ended I should have gone to Madrid to the British Council Teaching Centre. Yes, the key word is ‘should’. I didn’t for I was invited for a weekend in Berlin and that started a whole new direction.

I remember that local people speak a better, clearer German than the Berliners. Looking forward to hearing it again. I shall of course take my camera and share the adventure with my Silsdeners on my return next week.

Meanwhile. here is a photo taken in Silsden. Yes, it is an Aldi supermarket. German shopping culture finally got into Silsden. It seems to be very popular and I was told it attracts shoppers from other towns and villages. The other is a shot of the beck bridge near the post office. It is where I took photos of Silsden Gala – see the last post!