Why are some airlines incapable of moving a lump of metal from A to B ?  I know I asked this question before when easyJet cancelled my flight with no notice and no explanation. KLM has joined the ranks of those who can’t move metal! 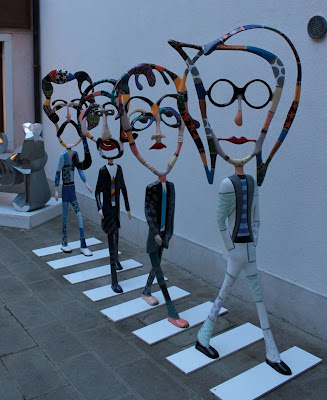 Last Thursday,  Barbara duly drove me to Leeds-Bradford Airport and we got there at 11.30 in plenty of time for the flight to Amsterdam at 13.25. I amused myself by looking at the inhabitants of the airport. Locals about to invade nice Greek islands or other places in the Med.for the annual holiday. I felt sorry for those who had to put up with them in order to earn a living and pay the bills.

I thought about those Brexit holidaymakers who complain to Thomas Cook that the local people in Spain only spoke Spanish and that it was hotter than in Brexitland. I wonder why they don’t stay at home. The younger males were in gangs, loud, dressed in beachwear and already drunk.

I was then informed that the plane to Amsterdam had been cancelled because they could not close the aircraft door. I was told it was a rather old plane and it was not a new problem. After six hours of waiting I gave up. I changed the booking to Friday, called Barbara and left the holiday louts to drink even more.

Barbara duly picked me up and we celebrated with Fish ‘n Chips at Harry Ramsden’s. She also took me back to the airport on Friday and this time KLM was able to move the metal, but it was also a small and old plane. I returned to Berlin okay and have been settling in today. This means shopping for food, cleaning, washing, picking up lots of messages and sorting my next few weeks out.

Here is an image of people who clearly escaped such a fate by walking home. I would have done the same but I had the English Channel to cross!