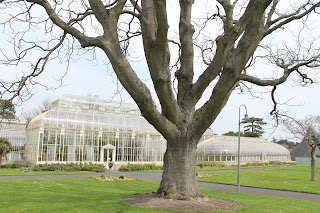 Monday after my birthday and it began with a lazy start. Jarlath had a doctors appointment at 3.00pm so we decided on The National Botanic Gardens, a lunch break, then go our separate ways and meet up at the house in the evening. We did just that. 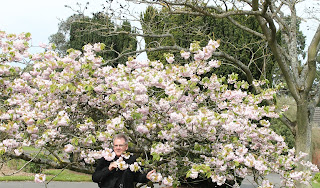 We drove to the Garden which is 3 klm north of the city centre. It is next to Glasnevin Cemetery. This contains the grave of Michael Collins, which the guide book claims is the most visited in Ireland and always decorated with fresh flowers regardless of season.

I immediately liked the garden area as we parked the car and entered. I noted a number of senior groups from the Netherlands and got talking to a few people. The Gardens have a wonderful calm that you feel on entry. 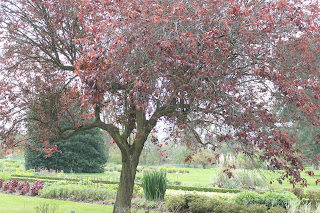 We walked slowly around the different sections and marvelled at the range of flowers. We discovered it has 300 endangered species from around the world, including 6 already extinct in the wild. Amazing! 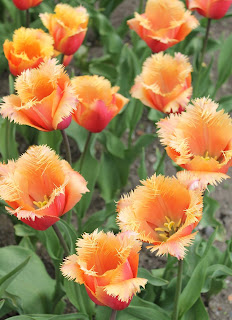 For lunch we went to a restaurant I had been to before. Very popular family restaurant offering a ‘senior portion’. I went for the non-senior portion for I had a good appetite after walking around the garden.

We then split up and I went into the centre to The National Photographic Museum, walked around the river areas and through the small streets with interesting shops in the tourist centre. I made time for a coffee stop in a small cafe before more walking and deciding to return home by train as it got darker.

Next day was my last in Dublin. It was a lazy one with lots of tea, coffee, snacks and chat until it was time to get into the car and be driven to the airport in the north of the city. I thanked my host and entered the terminal. The usual boring checks and waiting for the flight. There was a delay but I got home just before midnight.

And so ended a truly memorable birthday trip to Dublin. Try it yourself and enjoy all the city has to offer – but you will need more that a couple of days!