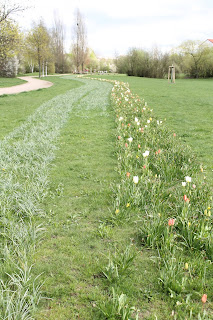 In my last post, I told you I was going to Honow to take Oldie H out for a walk. Yes, we went for a walk but not before a new adventure. We telephoned before my visit and he said he wanted to cook Sunday lunch. I agreed and that I would arrive at 1.00 pm.

All went as planned and I settled into his flat on time. I noted the flowers growing in his garden and the sun shone between hiding behind dark clouds. We returned to his living room and chatted. I could hear the sound of something cooking in the kitchen. Then I saw white smoke coming out of the top of the kitchen door. He didn’t. 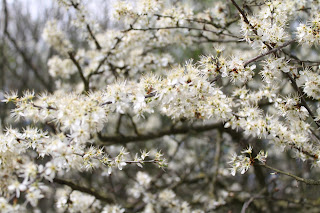 I told him something was not right in his kitchen. He went in and I heard him say a common swear word in German. I asked what was wrong as I noticed the smoke turn to black and start to fill the living room as well as the kitchen. He said the frying pan was on fire. More black smoke poured in so I opened the door to the garden and went out. 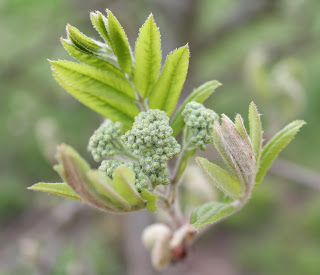 I looked through the kitchen window to see him holding the frying pan. This time there were flames as well as black smoke coming out of the pan. I shouted that he should come into the garden immediately and with the pan. He did just that. Black smoke went into his neighbour’s area and I wondered if his/their fire alarm would go off.

It/they didn’t as the fat burnt itself out. We waited in the garden for the smoke to leave the rooms. After some time we entered the kitchen with the pan. To my surprise he just poured more oil into the pan, added a couple of pieces of fish and cooked them. The top of the cooker was black as was the kitchen wall.

I did not eat the fish he fried. It was black from the old burnt oil but he clearly didn’t notice that. During all this he was not wearing his glasses! I settled for a couple of potatoes with a cucumber salad. That was enough and without the remnant of black, burnt oil in a frying pan.

We later went for a walk and I took a few photos of Spring struggling to burst out. At least we had clean air to breath after the black smoke from his kitchen. Did you eat smoked fish last Sunday?