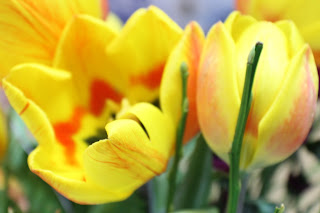 Easter Friday weather here is miserable. Hope it is better in Silsden and particularly in Dublin. Many people there are celebrating the 100th anniversary of the Easter Uprising tomorrow. It failed with many lives lost, but the wish for independence continued and succeeded a few years ago.

If I were in Dublin I would certainly be in the centre, perhaps in O’Connell  Street in Dublin, which played an important part in the uprising. There you will find the General Post Office, from which the Declaration of Independence was read out, and lots of statues.

Talking of which, I have booked my flight to Dublin to celebrate my birthday. More later.  Here some Spring flowers to mark the special day for all my Irish friends.