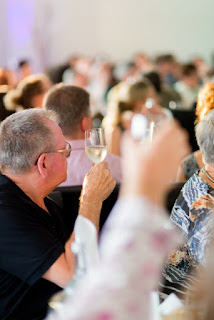 The two words mean the same. Here is a photo recently sent by liebe Andrea. I was surprised to receive it and have since been trying to work out where and when it was taken.

I think it must have been on her big day. I really like the fusion between the clarity of me in the photo, and that of others who the camera did not focus on. I wonder who took the photo.

I know she has a very good Nikon SLR camera, for  I advised her about buying it, but she didn’t run around with it on her big day. I wonder if they had a professional photographer and he/she snapped this.

I went to Hönow on Sunday and will post about it in more detail later. Monday was a busy day and Tuesday even more so with a visit to the Berlin Government building housing people responsible for the development of the city. I was with my SPD Oldies and we saw some amazing models of the city, and how it will look in the next 10, 20, 30 years. 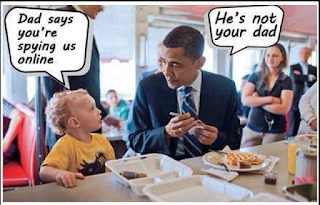 Today I had a haircut, went shopping, bought a mouse connecter cable for Oldie H’s Samsung Tablet. He keeps hitting it rather than swiping it and so it is only a matter of time before he breaks it. Now he can ‘mouse’ it 🙂

Then I went to my Oldie Kamera-Klub. I then listened to others talking about the photos they had taken and in some cases altered via computer programmes.

In a short time I shall turn on my TV to watch a football match in clear HD. FC Bayern München is playing Juventus Turin for a place in the Champions League. Many of the players are in the German National Team so that is why I watch them play. I think I shall sip a cool beer as I watch them play – and hopefully win! Is that okay Jan?

PS: I recently got this joke. It says more than a lot!! Any comments?