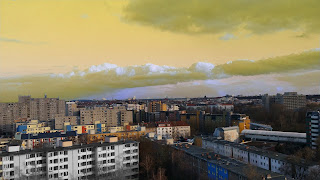 I spent the morning moving and stretching with Kerstin’s Oldies, as usual on a Friday. Later I landed in Stefan’s Photoshop Gang. As I settled down to drink my first coffee of the day and eat a chocolate biscuit, Stefan asked,”Have you been okay?”

I said,”Yes, but very busy over the last few days. Why do you ask?”. Guess what he said….think about my last post………Er…well…ehm..he like said, aaah like…..er like… “I looked at your blog earlier and you had not posted for some time and there was nothing about this month from your monkey face!” 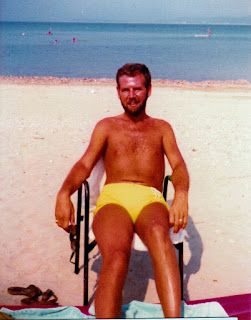 My mouth dropped open. I wondered if he had spoken to Daniel. Almost the same question Daniel had asked yesterday. I explained and later the gang looked at the post on my blog from yesterday and smiled at the coincidence:-) We then got down to work and I created a new piece of art. Here it is and I made two changes to the original. Can you work out what they were/are?

Off to ‘Nacht der Politik 2016’ soon. It is being held in our Town Hall and garden. The Mayoress will open it in an hour. Maybe I’ll get to kiss her as I did the last time we met :-)) I’m intrigued to see what happens at 9:30pm for the advert says there will be a ‘Rockkonzert’ starring ‘Ulli und die Grauen Zellen’.

This translates as Ulli and the Grey Cells. Methinks it will be a band of gents who grew up in the 1970s, still treading the boards, and playing to fans of the same era. I wonder if they now have bald patches in the middle of their grey hair and stretched beer bellies. Let’s see!

PS: Okay, you located the last photo quickly. Try this one – WHERE AND WHEN was it taken?