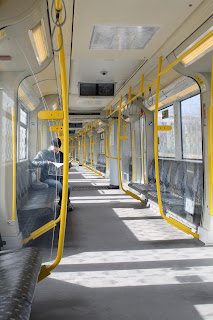 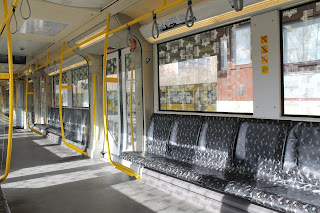 I take the UB-5 to Hönow when I visit Oldie H. I went there on Wednesday. Hönow is east of Berlin and on the border with the State of Brandenberg. From the station I walk about 15 minutes to arrive at Oldie H’s new flat.

I told you in a previous post that he had a nervous breakdown last summer and his family moved him into this flat near to where they live. I like to visit for it is in the countryside and has a village feel. There is only one restaurant. It is a Greek restaurant! We agreed to meet there for lunch. 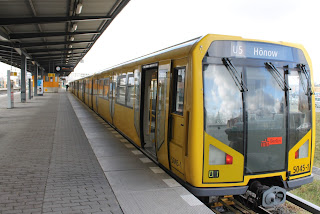 It was my first visit. The waitress was very friendly and the food was good. Unfortunately I noticed that Oldie H’s health was not so good. We suspect he is starting with Dementia. For example, he kept telling me that Fidel Castro was dead, in addition to repeating things he had already told me.

I took him back to his new flat for a chat and then the almost mandatory ‘Kaffee und Kuchen’ break. Again a lack of clarity in thought and talk. I left him happy that I had visited and headed for the U-Bahn. As the train took me back to my bit of the city I reflected on my visit and the illnesses linked to getting older.

There are no public transport systems in Silsden, apart from a limited bus service, so here are a few images of the U-Bahn I travelled on. This is what you are missing as you wait in the cold for a bus to Keighley!