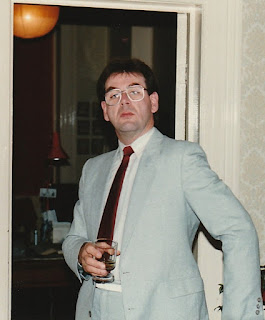 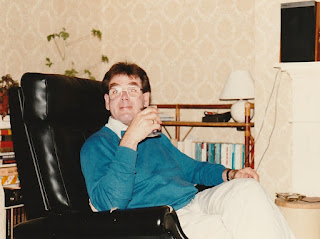 How about these photos? They are part of a batch sent by nephew John in Cambridge. The one of me with ‘The Full Beard’ in an earlier post was part of his dispatch. He said he found them before last Christmas when he was sorting/cleaning out his attic. 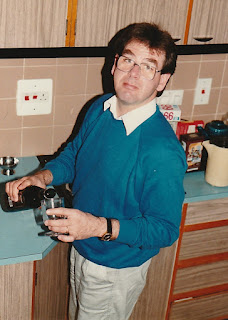 When were they taken? The problem of memory and age 🙁  I’ve just been rummaging through some of my papers and a few photos. I don’t have many of them left. I destroyed most in January 2015 when I came home from hospital. Without such prompts, it is difficult to remember exactly when things took place. 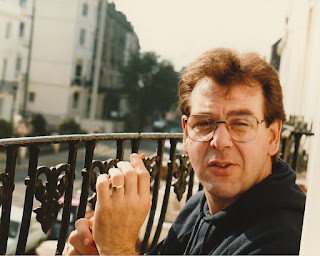 I know where it is. They were taken in my flat in Vernon Terrace, Brighton, on the south-east  coast of England. I have no idea who took them. I think they must have been taken in summer 1986. At that time I was doing some research projects in north India. But then I was always in India during the summer months. I think they were taken at my birthday in May 1986 before I left for my first project based in Hapur.

Note anything in common in the photos? Have another look. Yes, you found it. The answer is a glass :-)) Now that makes me wonder if Trish had visited and forced me to drink another Gin ‘n Tonic! I hope so! But perhaps not for on staring at the bottle in the bottom photo I am sure it is a scotch bottle.

I’ve had a ‘normal’ week so far with some adventures involving my ‘adopted’ family of refugees. Taking them for coffee and cakes at Johanna’s tomorrow afternoon. More of that in a later post