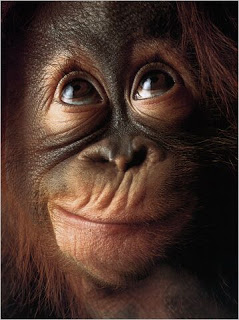 It’s grey, raining and cold – in short, it is miserable! I’m glad to close the door on January. February looks much like other winter months in my diary. I teach my Oldies on Monday and Tuesday, then it’s the Camera Club Oldies every second Wednesday. Thursday starts with my Oldie Breakfast Gang, Friday has Kerstin’s Keep-Fit Oldies followed by Stefan and the Photoshop Gang.

My local SPD members meet on Wednesday next week to elect a new committee and officers. Looking forward to that for this year there are elections and we have to get ready for that. A week later I shall be with my SPD Oldies for coffee, cakes and the annual meeting. Yes, we have to elect a new committee. I am a member of the present one so I hope the Oldies vote me onto the new one.

On Saturday 20th, I’m going to the English Language Teachers’ Association (ELTABB) AGM. I co-founded it more that 20 years ago and am now its first Hon.Member! It’s nice to see new faces and catch up on news including future workshops.There is one before the AGM. It’s called, ‘Teaching with Mobile Devices’. I have no idea about this so I have registered.

I think I shall add a Photo of the Month to this post.  Here they are last summer in Berlin to attend a rather special wedding. This photo was taken outside Berlin Town Hall where the Registry Office ceremony took place. He also has a birthday – read on!

Who has a birthday in February?
My dearest and oldest friend Alan starts us off with his 73rd on the 3rd. He will no doubt celebrate with Lynne and the lines between Cas and Ozland will be busy! Jens W. in Berlin has his 46th on the 5th. We then jump to the 18th to wish my old boss, Dr. Pardon, all the best for her 68th. A certain lady called Eleonora will be 57 on the 22nd and in London Adrian B. will be 56 on the 25th. A gentleman near Melbourne called Peter will be 36 on the 28th and so ends our birthday month.

HAPPY BIRTHDAY TO EACH AND ALL NO MATTER WHERE YOU ARE!!