I went to Jüterbog on Thursday, as planned, and caught a cold. One was nice and the other is not! Last November I got an anti-flu injection from my Dr. I’ve had such an injection for a number of years and gone through winters without a cough or sniffle. 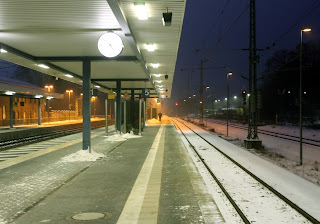 Not now. I wonder what went wrong. The day before, I began to ‘sniffle’ (interesting word) but didn’t think it was the onset of a winter cold. As I settled into my seat en-route to Jüterbog I noted lots more ‘sniffling’ (must find the origin of this word – it sounds Germanic). As the day progressed came heavy coughing and nose blowing.

That did not put me off enjoying seeing friends in Jüterbog, catching up on news and enjoying their superb food. They have a large garden and like producing as much as possible to put on the table. Home grown vegetables, potatoes and fruit taste much better than anything you can buy in a shop, but then I think you must know that.

We didn’t meet in 2015, in spite of me talking about coming over. On the other hand, a couple of meetings were cancelled as one of them had to go to hospital for checks. That is the price of being 70+. We agreed to meet in summer as I set off on the return journey. 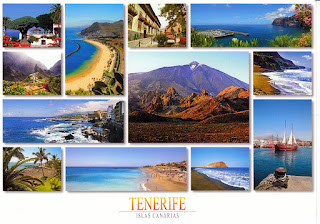 I got to Jüterbog station with ten minutes to spare and decided to take a couple of shots for my Kamera-Klub. Our current topic is Winter Scenes. I already have four, but decided a shot of the platform in winter would be a welcome addition. As contrast to winter I have decided to share a totally different shot with you.

It is a postcard from Max. He went on a winter holiday there with his lady-friend. I was very pleased to get this card showing different views of a place I have not been to, although I think one of my Silsdeners has. Correct Barbara? I like the contrast to my dark winter platform shot.

Tomorrow I have been invited to a SPD Brunch for members of my local party. The host is called Andreas and he owns a restaurant/bar opposite the S-B Station. He is a member and always throws such a party to welcome SPD members to another year of party activity.

Later I am meeting Johanna, Jutta and others for another Bach concert in the local church. Also looking forward to that. I hope I don’t have to ‘sniffle’ and cough through both events! Where are my tissues, cough, cough?