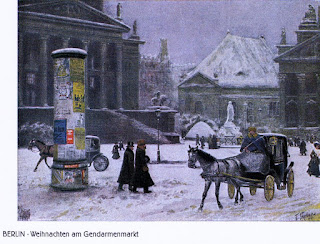 I always wondered why my fellow German association members voted in the elections but none of them stepped forward to represent their interests. I talked about this to a number of members and friends. They had no idea why the Lichtenberg/Karlshorst members were so passive. 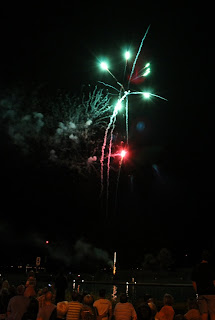 In a recent discussion, one of them said I should stand for office and both shame the other mainly younger members and also start to activate them. In short: Shut up or put up! I decided to stand for office. I was partly motivated by the new construction opposite my flat and knowledge that about 300 new members would be moving in from next April.

From that number I am sure I shall find some activists who I can work with, and who can take over my office, for I am only going to stand for one term. I prepared a speech and Marita checked it for grammar. I practiced it with her a few times.

Yesterday was election day in the Town Hall of an area called Neue Kolln which is next to the district where I live. Two buses were hired to take members from my area to  and from the meeting. We arrived okay and I took my seat. I was the 6th speaker of the 31 candidates to be elected to the 13 seats.

I did not feel nervous as I walked to the front and faced the microphones. It was not very different from meeting a new English class!! I delivered my speech slowly and with emphasis as I had practiced. I noted I had the attention of all just after I started and they even laughed at my joke as I ended my speech. I got a very good round of applause as I returned to my seat.

Three other speakers referred to my contribution and said they agreed with my points. Others said it was the best speech of the meeting. After lunch we got the result of the vote. I came in at No:8 and so was elected to represent my area.  I can now call myself SPD-Genosse and EVM-Genosse-Vertreter Johannes :-)))