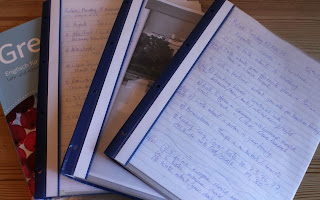 I’ve been a busy boy today. It started with talking to Ian in Australia. Later I went for a walk and took some more photos of the building opposite my flat. The weather was surprisingly good with a blue sky and sun. It even reached 20°C on my balcony! 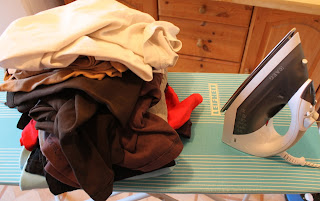 On my return I did the lesson plans for my Oldie courses tomorrow and Tuesday. I have never been able to enter a classroom without some kind of lesson plan, no matter how short. Interesting co-incidence that the guest in Private Passions on Radio 3 was an academic originally from north India. I listened as I wrote. 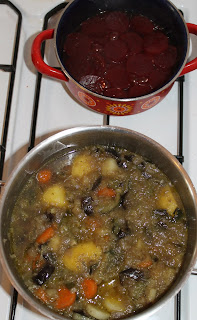 He has developed a theory about how children learn. He says they don’t need a teacher or classroom. They only need each other, a task and someone like a grandmother to support them. A very interesting argument, but I am taking my lesson plan tomorrow. All of my Oldies grew up in a standard education system so have preconditioned expectations!

Later I did the ironing then started on the main task. Yes, I cooked. It was an all veggie event based on seasonal root vegetables. Included were two beetroot so I ended up cooking them separately. The rest was cooked in two pans.

One started with garlic and onions fried in olive oil. I then added aubergines and a green root veg. The others were cooked in water separately before adding to the other cooked veg and beetroots. Very tasty and I have enough left for two meals.  I even managed an afternoon snooze after the veggie lunch. How was your Sunday?