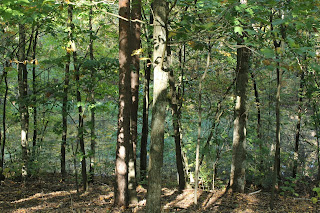 I went to Frohnau with an Oldie Walking Gang yesterday. I know the leader of the group and he invited me because there were some Non-German speaking visitors and he wanted me to translate/help. I readily agreed for I had never been to Frohnau. It has a population of 17,000 making it slightly smaller than the suburb in which I live 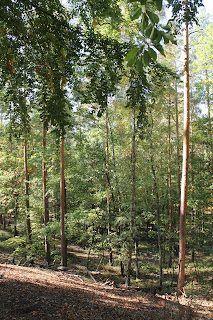 It takes a good hour to get there by public transport from where I live. I duly arrived, met the group and we got to know each other. It was a gentle walk through forest ending in a village called Schulzendorf. There we had a tasty late lunch in the large ‘Dining Room’ of a restaurant. 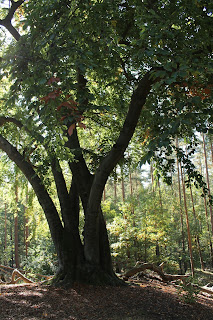 Frohnau is a very desirable place to live. It is in the borough of Reinickendorf in the far northern part of Berlin. It was founded in 1908-10 by Count Guido Henckel von Donnersmarck (You don’t get many names like that anymore !). He inherited the land and decided to create a new town based on the English concept of a Garden City.

It was designed by Joseph Brix and Felix Genzmer. The town centre is built around the train station, open garden/park areas and large buildings such as the Casino Tower. You will not find manyhouses there. You wander the tree lined quiet streets and look at large gardens in which sit mansions/villas, of course with rooms for a servant or two! It was incorporated into Berlin in 1920.

It is surrounded by forests and walker tracks. It also has the tallest hill in the north of Berlin. A very large tree grows at the top of this hill, as you can see in the photo. I enjoyed visiting the town and walking through the woods in ideal weather for the time of year.