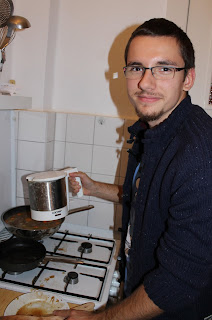 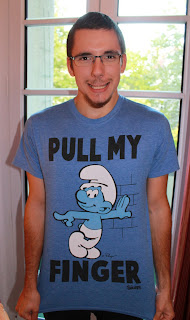 I’ve had a very busy and often stressful week. One bright spot was on Tuesday when Muscles M arrived. He called earlier to ask when I was at home, if he could cook and stay over. The only free  afternoon/evening was on Tuesday, so he arrived late as usual 🙂 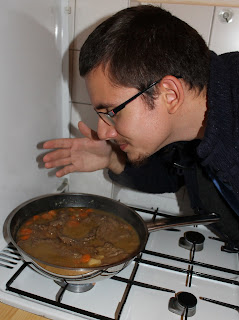 He returned from Hungary a couple of weeks ago, but I knew he had to prepare for an examination. That was on the Friday of his call. I have to admit that he really studies hard and his level of German has improved considerably. He had to prepare for another exam next week so I grabbed the chance to see him.

He wanted to relax, cook, talk about his summer holiday and enjoy a Gin & Tonic a la English style! That was easy to arrange as we settled into his summer adventures. I liked the way he presented his adventures with photos, and there were a lot of them.

I really enjoyed the photos of his time at Lake Balaton with his Opa und Oma and the time he spent with old school mates who are all now studying at different universities in Hungary. Marcel is the only one in the group to be studying outside the country.

Then he decided to go to the shop for things to cook. He did this and then started cooking quite late. It did not matter to him as he threw himself into the task. He finished at 11.10 pm. Yes, you read correctly. By this time my eyes were closing. I talked to him as he ate, prepared his bed and said ‘Goodnight’.

I now never eat after 7.00pm on Docs orders, but I enjoyed seeing him tucking into his creation. He left me some to warm up next day, which I did and it was tasty. I look forward to our next meeting and seeing how much his new chin beard has grown. :-))

He said he was going to shave it off. I told him that if he did I would cut his arms off. I wonder what the next photo of him will look like?