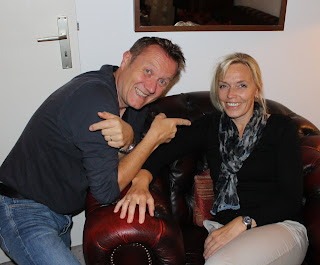 Christmas came early this year. It happened yesterday. Saturday. It had nothing to do with commerce. I told you in an earlier post that my local supermarket starting selling Christmas goods in the first week of September. Unbelievable!!

Holger and Gabi drove to Berlin from Bremen on Saturday and booked into the same local hotel where Alan and Lynne stayed. They also liked the large room and facilities for the price. They called me on arrival and insisted they find the way to my flat. 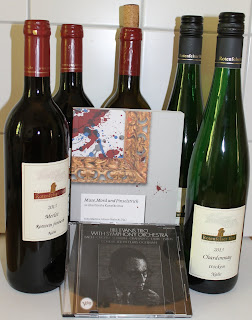 They did this via a Google App which took them the long way around! At least they found me. On the telephone we had agreed to enjoy a G & T to celebrate our meeting after many, many years. We each sipped a cool glass and so started a day of talk, talk and talk. There was a lot to catch up on.

I first got to know them in Brighton almost post-uni days. They helped me to move to Bremen shortly after. Our paths went different ways. In their case they started a family. They found me on the internet via this blog a few years ago and so we re-established contact. 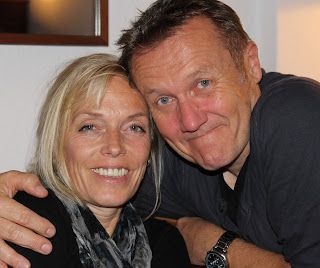 I recently helped them to find a family in London for their son. He is 18 and wants to experience life in another country/language. Holger and Gabi had a weekend free to hit the road to Berlin. It really was wonderful to welcome them into my flat and note they still looked younger than their age(s).

They brought me many gifts hence I thought it must be Christmas. They know someone with a Winery and so brought some bottles plus a book and a CD with music fusing classical and modern/jazz. Holger likes this fusion.

We ended up at an Indian restaurant nearly opposite their hotel and then a return to my place for more talking and drinks. It was then that I took a few photos. They were sent to their son in London. Here are two I like plus a photo of their generosity. They invited me to visit them in Bremen so watch this space in 2016 to see if I make it there!