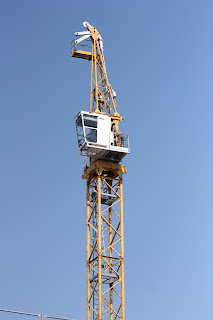 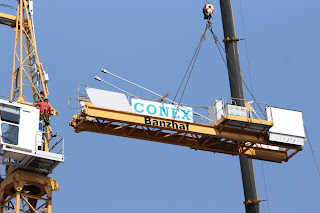 I left the story as the two specialist engineer ‘climbers’ had separated the front part of the Tall Crane and started the same on the rear section. They were very organised and it was clear that they must do this regularly. 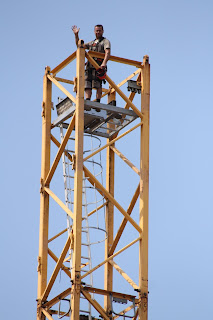 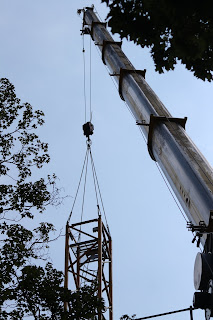 To begin, they did not wear a safely belt, but as they started to dismantle it they anchored themselves to the crane. This allowed them to safely move onto the section that would later be lowered to the ground.

Interesting that as dismantling took place we went from three to one man. My last shot is of the main shaft section being lowered to earth. The climber who had waved had gone down to the next section and safety. I still could not do such work. Could you?