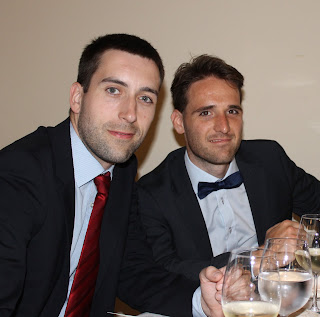 I nearly forgot to tell you how the wedding weekend ended! On Sunday as the last dancers were staggering home, Alan gave me a quick call to wake me up. I galloped to the restaurant to join them for breakfast and we agreed a flexible plan for the day.

After showering etc I emerged once again but not into sunshine. Sunday was a cool, rainy and overcast day. We had 18°C while Berlin was fending off 30°c and blue skies. Never thought that would happen! 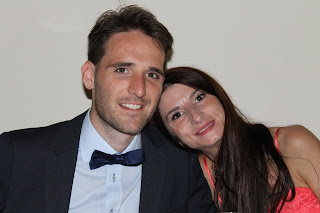 We spent the day walking around the old centre of the city and having breaks for coffee then later for a light lunch. I was expecting a call from the ‘Berlin Lads’ to tell me where to meet. The call never came. They were asleep most of the day and then emerged to go on a walk before an evening meal and back into bed.

Meanwhile, Alan, Lynne and I discovered more about the city and the centre. We returned to our hotel mid-afternoon for another siesta. We met in the evening and found a nice restaurant to relax in. Would you believe it but I ate a large fish cooked in the local way. It was very tasty and by then I was hungry.

We eventually returned to the hotel and a relatively early evening. Next morning I rushed down to have breakfast with them at 8.00am. After that they got into a taxi and headed for the airport for a direct flight to England. I returned to my room, showered, changed and packed my bag. 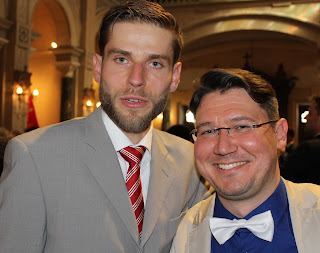 I was overtired but sat on my balcony to relax and think about the last few days. What a wonderful time in Oviedo and now back to the comparative boring routine of life in Berlin.

As I looked through my photos I noticed a number of nice shots of some of Jan’s old ‘Abi-Gang’, so I decided to add them here. I only have one of Christian with Carsten, Christian with his Lady and Peter and Stefan.