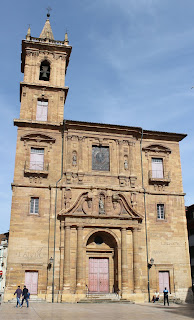 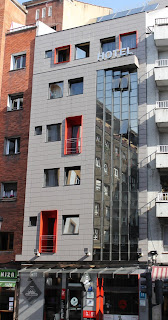 I flew to Oviedo last Thursday. I can hear the Silsdeners asking where it is. The answer is that it is near the north coast of Spain – about in the middle. It is the capital of the state of Asturias. It is the southern coast of the Bay of Biscay with the French coast on the right as you look at a map, 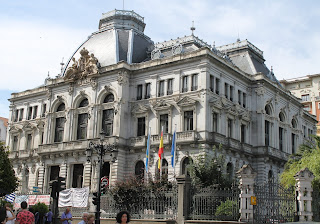 There is a long history of contact between people living on this coast, on the French coast, and the southern part of England such as Cornwall and Dorset. There was also sea borne contact to other Celtic tribes in the south of Wales and to Ireland. If you get in a boat at Cork on the south coast of Ireland and head south you will arrive on the north Spanish coast somewhere in Asturias. 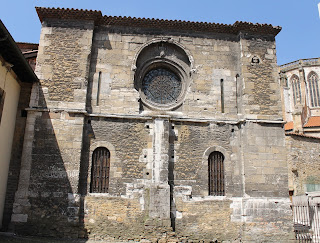 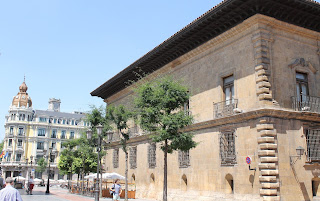 Early Catholics knew about these routes and there is a long record of travel/contact between the north of Spain and Ireland. In the book about my family there is speculation that my ancestors came to Ireland from the north of Spain about 1300 years ago. Traditional dress in Asturias is similar to that in Ireland, and Scotland, and they play bagpipes and dance in a very similar way.

The weather is also temperate and it rains every second day. Asturias and all of the north of Spain is protected by a large range of mountains to the south. This ensures cooler temperatures and regular rain. There is little wine production along the coast instead there are a lot of apples and lots of cider is produced. 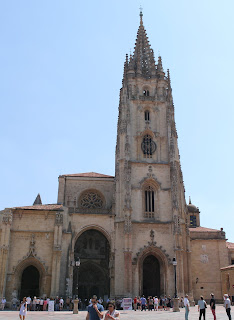 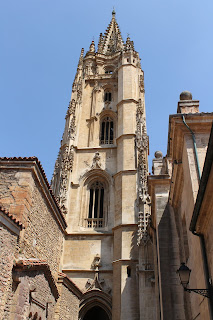 This area resisted the advance of the Moors/Muslim conquest of Spain and later became a centre of Catholic Christianity. Asturias had its own royal family and aristocracy. One led an army which defeated a Muslim army. This later led to invasions into the Moor/Muslim areas of Spain and eventually taking over all of the country. You may have heard of ‘El Cid’ or seen the bad Hollywood film of the same name!

Most of the old centre of Oviedo developed in the late Middle-Ages and was dominated by churches in the centre of the town protected by high and thick walls. The cathedral dominates the centre and a large open area. Perhaps there was a market there many years ago, in addition to a place where anyone who challenged the Catholic Church was executed in public! Yes, such things happened all over Europe!!

There are a couple of nice parks in the centre, a concert hall and theatre, a museum about the area where I got a lot of the information which I have condensed here. The local people I met were friendly and spoke with each other very quickly.  I wondered how anyone who wanted to learn the language could ever understand the locals when they spoke to each other. They sounded like express trains rushing through a tunnel :-))

Here you have some pics of the town. I think that future posts about my Oviedo stay will have more photos than text. That will make some of you happy !  The photos start with one of my hotel and a selection of the towns old buildings. It also has a lot of statues which make you smile.