Stag night means the evening before a wedding when the groom meets all his male friends and they celebrate the soon to happen change in his status. This is from bachelor to husband. The female equivalent is a ‘hen party’. 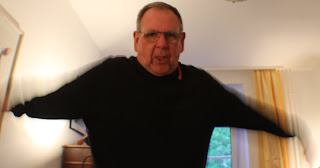 Jan had his yesterday and Andrea will have hers late in August. Jan flew in on Friday and visited me in the evening. Before then my day started with traveling to the SPD central office. I arrived in time to enjoy a coffee and watch a live debate in parliament.

I was there to attend the Gustav-Heinemann-Bürgerpreis 2015 Veranstaltung. He was a famous SPD politician who ended his career as President in the 1970s. The party gives a prize each year to people who do things for others in the spirit of Mr Heinemann. 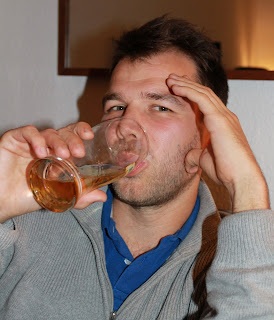 This years winners were a group of young people who set up an organisation called Netzwerk Demokratie und Courage. They organise young people to oppose racism, fascism and discrimination. They were certainly lively and entertaining in how they talked about their project and that it has expanded into many other towns and groups.

The guest speaker was Sigmar Gabriel. He is the SPD party president, a minister in the coalition government and, when he has nothing else to do, the Deputy Prime Minister of Germany!  He gave an interesting speech in praise of the the young people which was well received. I really enjoyed the event and meeting him.

On returning home I helped Daniel with his English and made sure the beer was cold before Jan arrived. It was great to see him again and catch up on his news. He looked well as you can see in this photo, of course with a glass of special water!  I showed him the wide lens I got from Peter when I was with him in Melbourne.

He took this amusing shot of me. I wonder what happened to my arms 🙂 Yesterday he met his old school friends to celebrate his ‘stag night’. Have a safe flight home Jan, and see you in a short time at your wedding in Spain.