Today is a public holiday in Germany. I planned an S-Bahn journey to Eggersdorf where there is a Middle Ages Festival with lots of food, drink, kid’s games and family fun. The weather changed my mind. Cold, grey, windy and threat of rain. 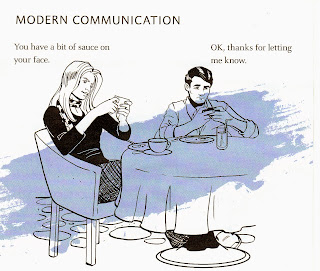 Instead a couple of Oldies called and we changed plans to a cycle ride in a large park then to their flat for Kaffee und Kuchen. Please notice that I said they ‘called’ me = a telephone. In both cases phones sitting in a base and with an answer machine function. Not on a mobile/cell phone called a ‘Handy’ for some strange reason in the German speaking lands.

This form of communication is fast becoming ‘old fashioned’ and the ‘Handy’ is  being replaced by a ‘smart phone’. I don’t know what the machine is ‘smart’ at, but that is what it is called. It marks a clear generation gap. Anyone under 30 has one permanently to his/her ear – perhaps when they sleep? 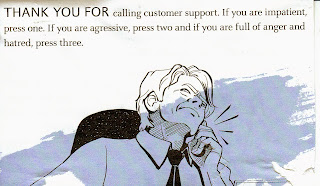 This is not only the case in Germany. On my recent travels I noticed everyone under 30 was permanently attached to one. Some doctors in Germany are now talking about it as a sign of a psychological problem. They say it shows behavior of being afraid to be on your own, a need to be in contact all the time, a lack of self-confidence.

I recently got a card from Johanna with a couple of cartoons on this topic. Here they are to make you smile, or if you are so smart phone obsessed then you may cringe in embarrassment :-((  The sun is now shining so off to get my bicycle and hit the road – without a smart phone!