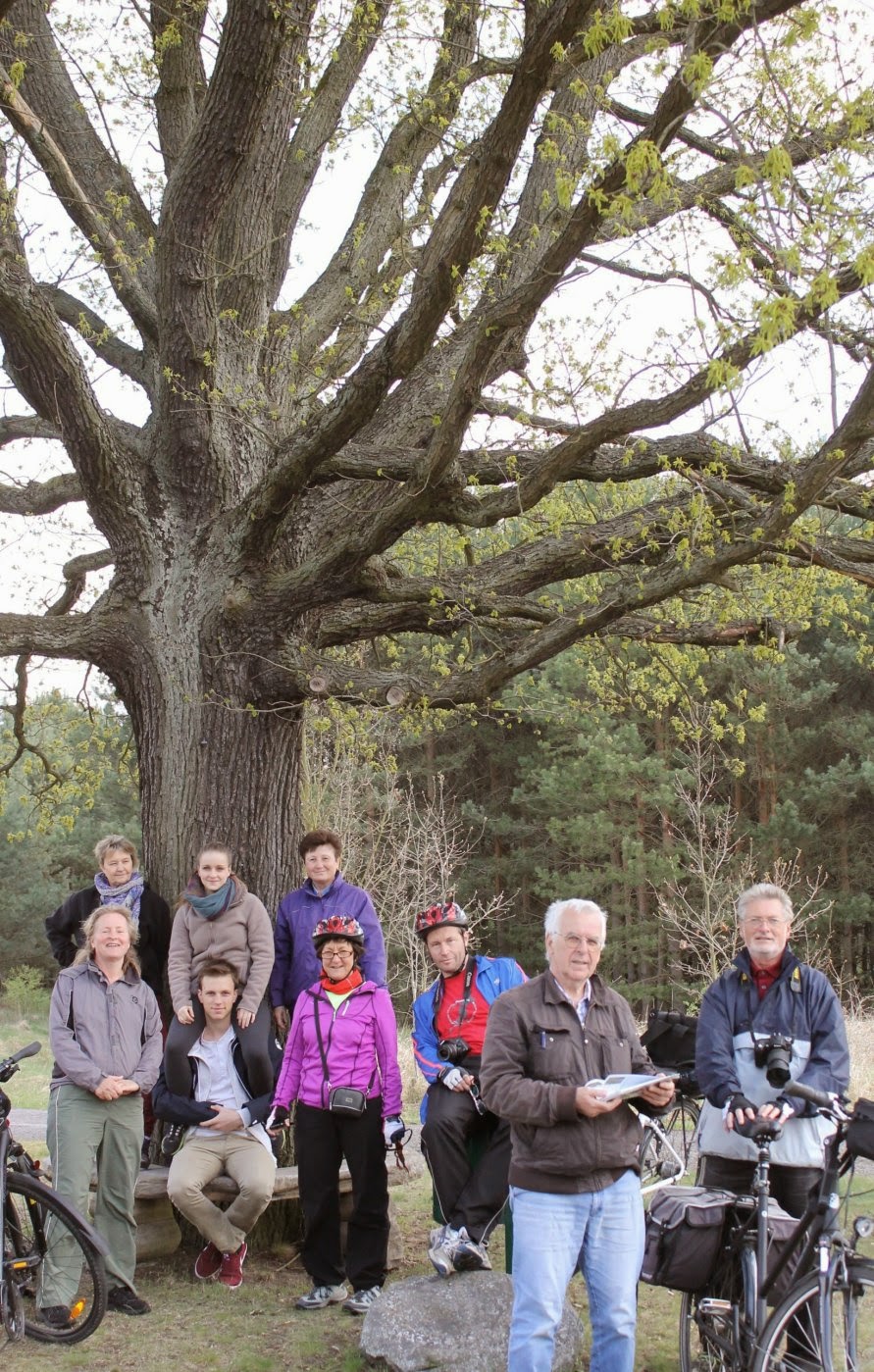 I met my Müggelsee Gang yesterday for another 1 May bicycle tour. I met them many years ago when I first came to Berlin. I have always enjoyed being in the company of such a mixed group of multi-talents with many languages.

Yesterday Ulli was the boss and organised a tour. He recently got a book about cycle tours both in and around Berlin. The one he picked started at Erkner. This town is at the end of my S-Bahn line and lies just over the border in Brandenburg. 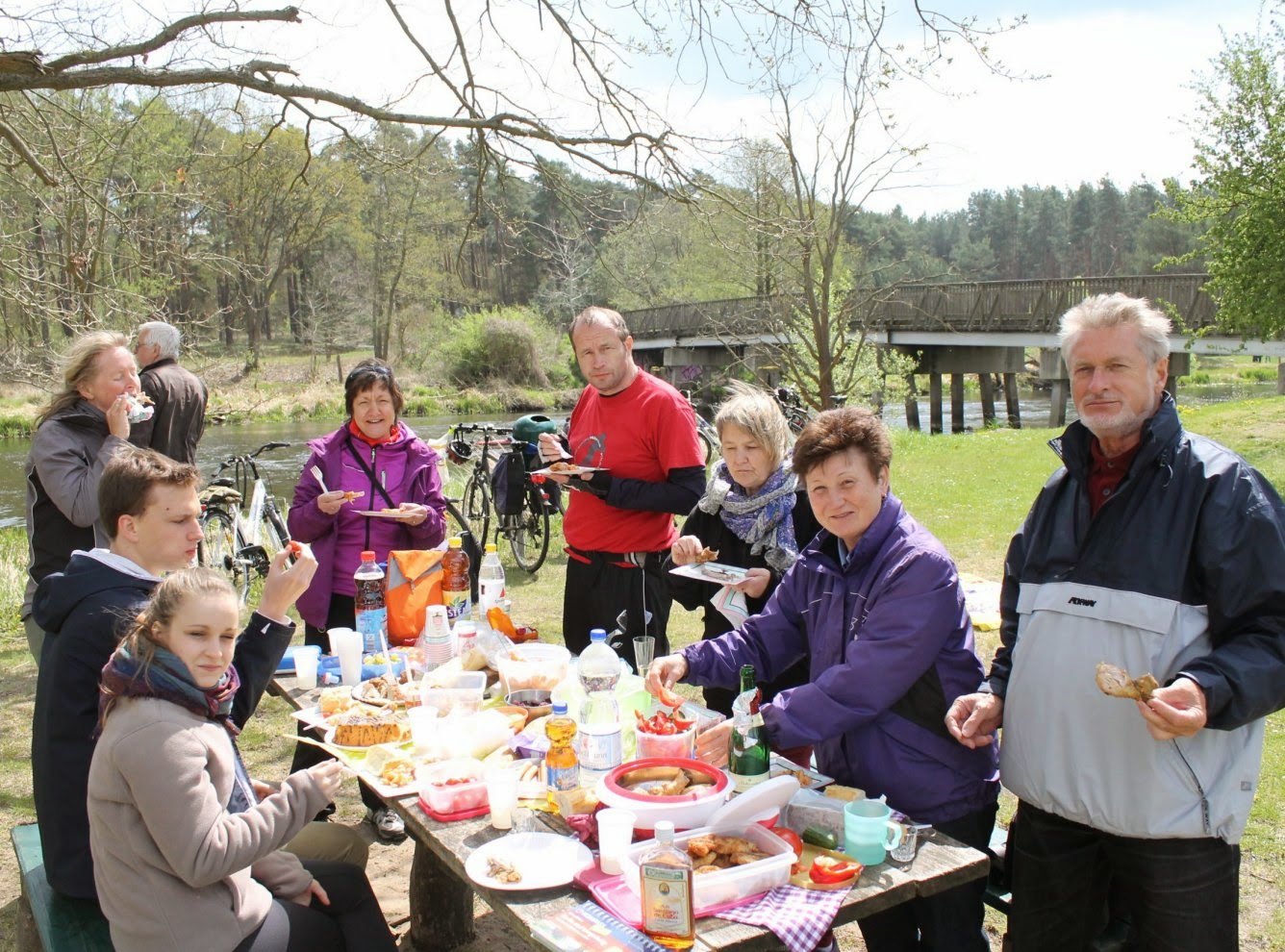 This time there was only nine of us. Five people had other things to do and could not join in. Warm greetings and catching up on news before we set out with Ulli in the lead. The tour was a circular one to the east and south of Erkner and taking in part of the River Spree. 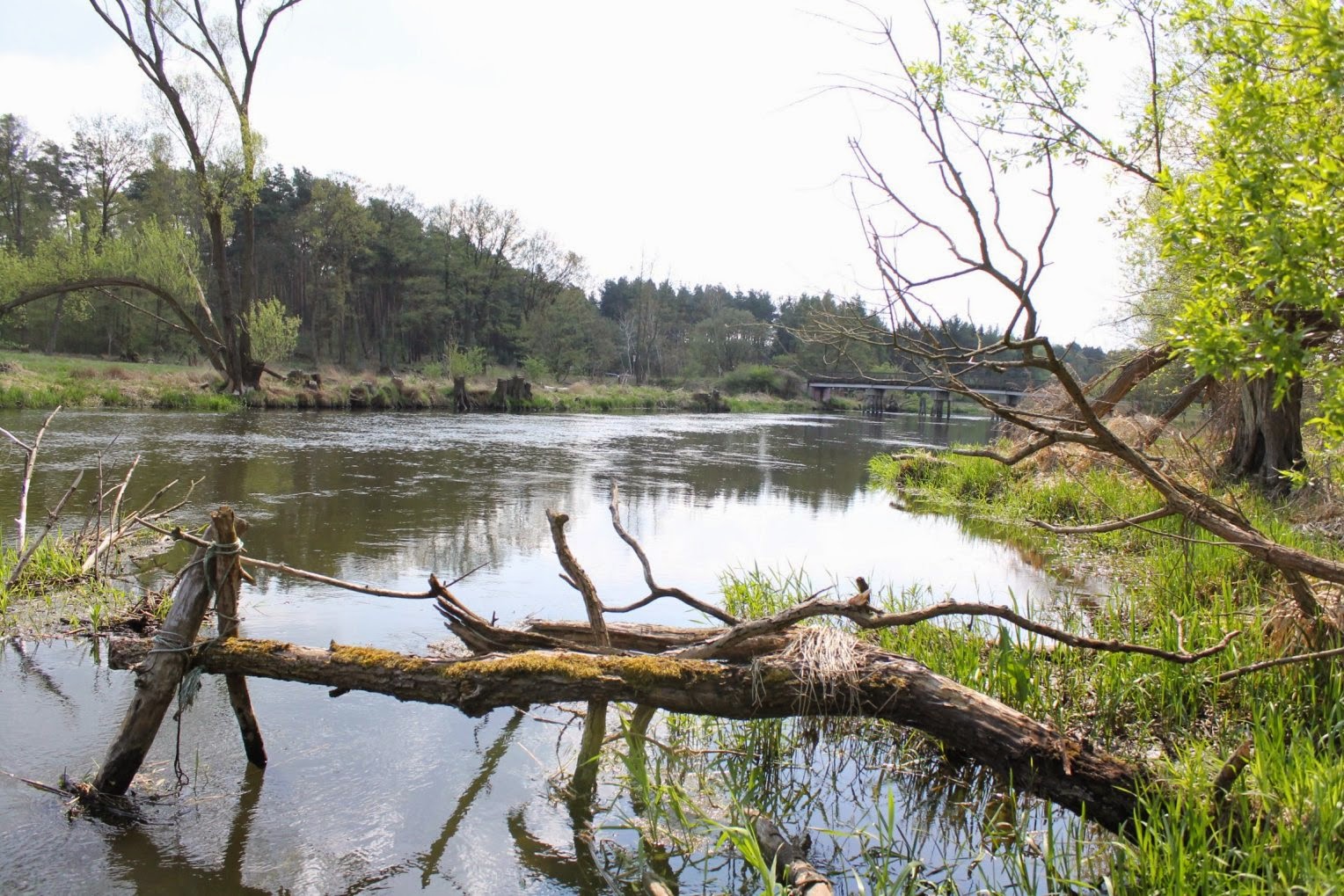 The weather was right for such a day but it would have been better with a bit more sun! I had dressed appropriately so had no problem with a cool wind.

We stopped half way for a picnic on the side of the Spree and I took a number of photos. Of course there were a couple of bottles of ‘medicine’, including one from me containing a golden ‘medicine’ from Ireland!

The area is full of villages with interesting names such as: Hangelsburg, Manchwinkel, Spreewerder, Hartmannsdorf and Neu Hartmansdorf. Spreenhagen and Braunsdorf. The air was fresh and clean and my allergies did not start as we cycled through flat, wooded, green land. They started again on my return home!

Being with such nice people, having a picnic and the exercise of cycling was just what I needed. I hope you enjoyed your 1 May – and the rest of this holiday weekend.