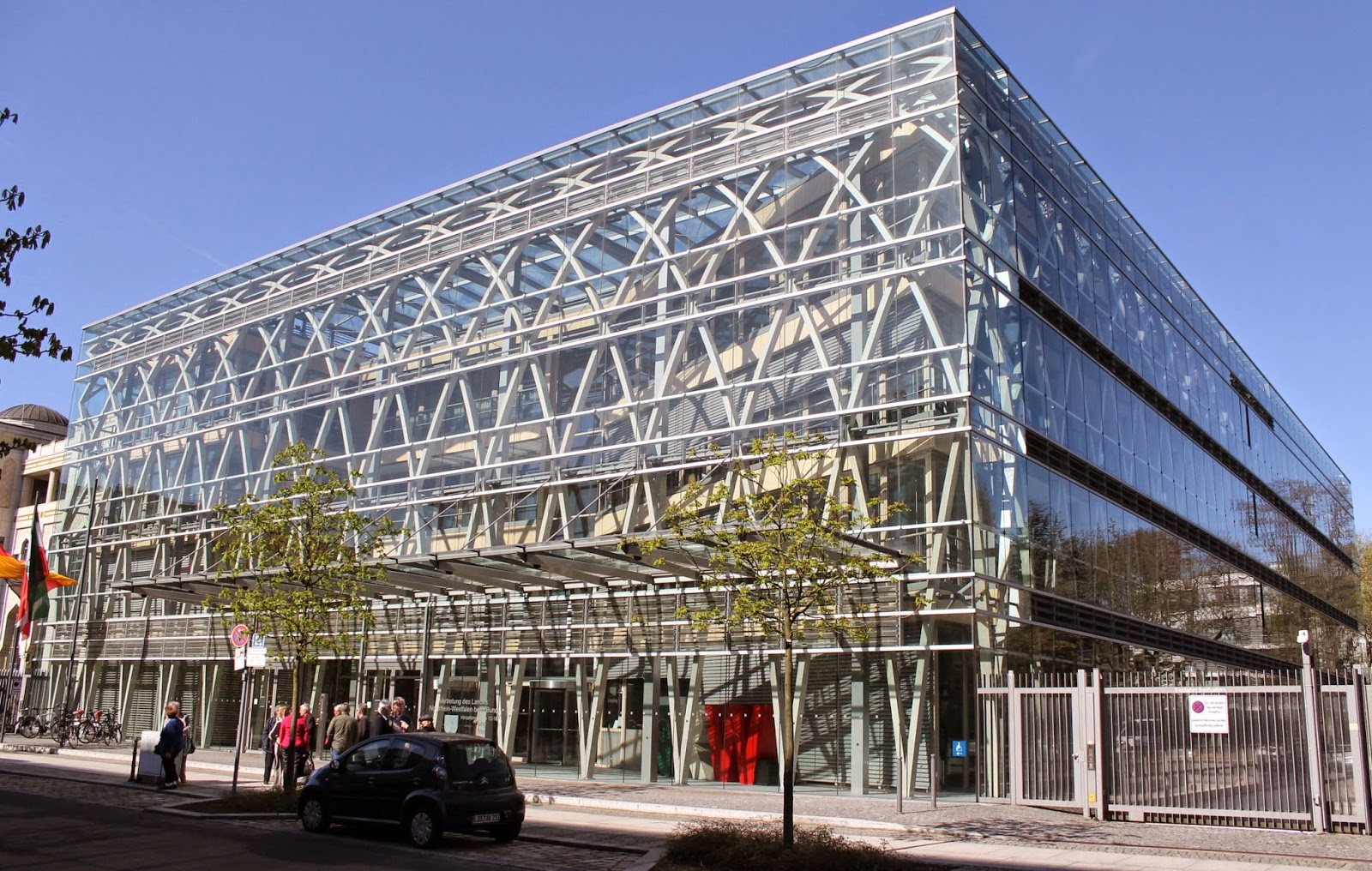 NRW is the short form of Nordrhein-Westfallen. It is a state in the west of Germany. It contains the industrial cities/towns making up the Ruhrpott = Ruhr Valley or area. Belgium lies on its east border and it contains old towns such as Dusseldorf, Köln and Bonn. The latter was the federal capital until the move to Berlin in 1998/9. 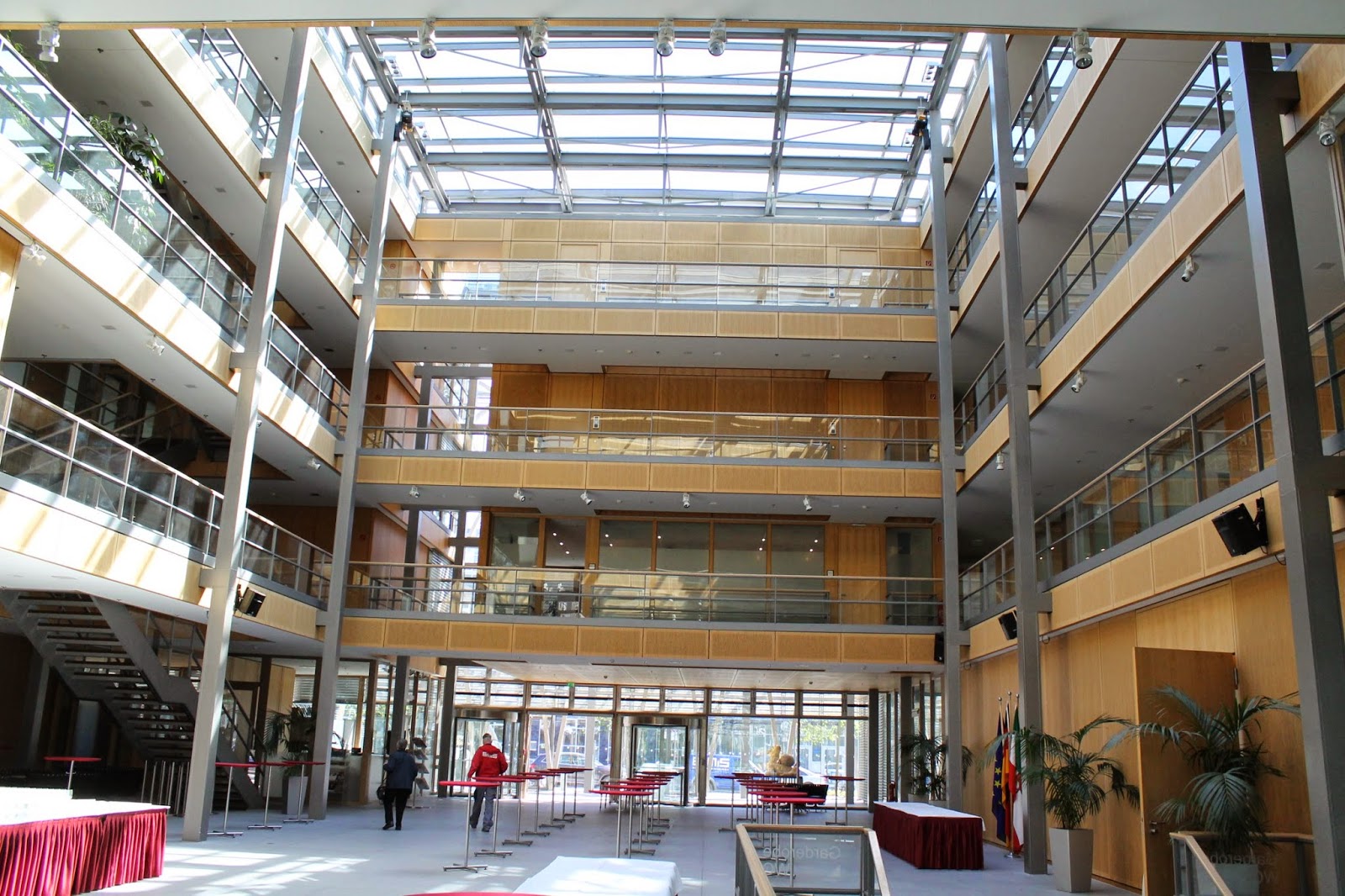 About 50 people work in the building which houses the Vertretung. Many are locals but the main functionaries are from NRW and were appointed be the government there. The Prime Minister of NRW is Hannelore Kraft (SPD). She heads a SPD/CDU coalition government. When she or members of her cabinet are in Berlin on business they stay in one of the eight flats in the building.

The Vertretung is in a quiet street with about 8 other Vertretung or Embassies. For example, next to the NRW building is the Japanese Embassy and on the other side is the Vertretung for the State of Bremen. All are just south of a central park called Tiergarten. In this park area you will find the President’s residence, The Chancellor’s (Federal Prime Minister) office, the Reichstag = The Federal Parliament, which is just around the corner from the Brandenburger Tor = Gate.

Those who work in the NRW Vertretung clean it, look after the garden, cook for the restaurant, communicate with the two houses of parliament, the EU officials in Brussels and welcome Frau Kraft when she arrives on business. I went there yesterday morning to see around the place!

I went with the Lichtenberg SPD oldies. Here is a photo of those who went with me. There are more but for different reasons stayed at home. The building was started in 1998 and completed in 2001. It is a cube of steel and glass from the outside. When inside you notice the interior is made of wood and you see less steel.

We were met by a tour guide who spoke wonderful clear German – she didn’t come from Berlin! Coffee and cakes were offered followed by a presentation about the work of the Vertretung. A really interesting time and I got to learn more about an important division of power in how this country operates.