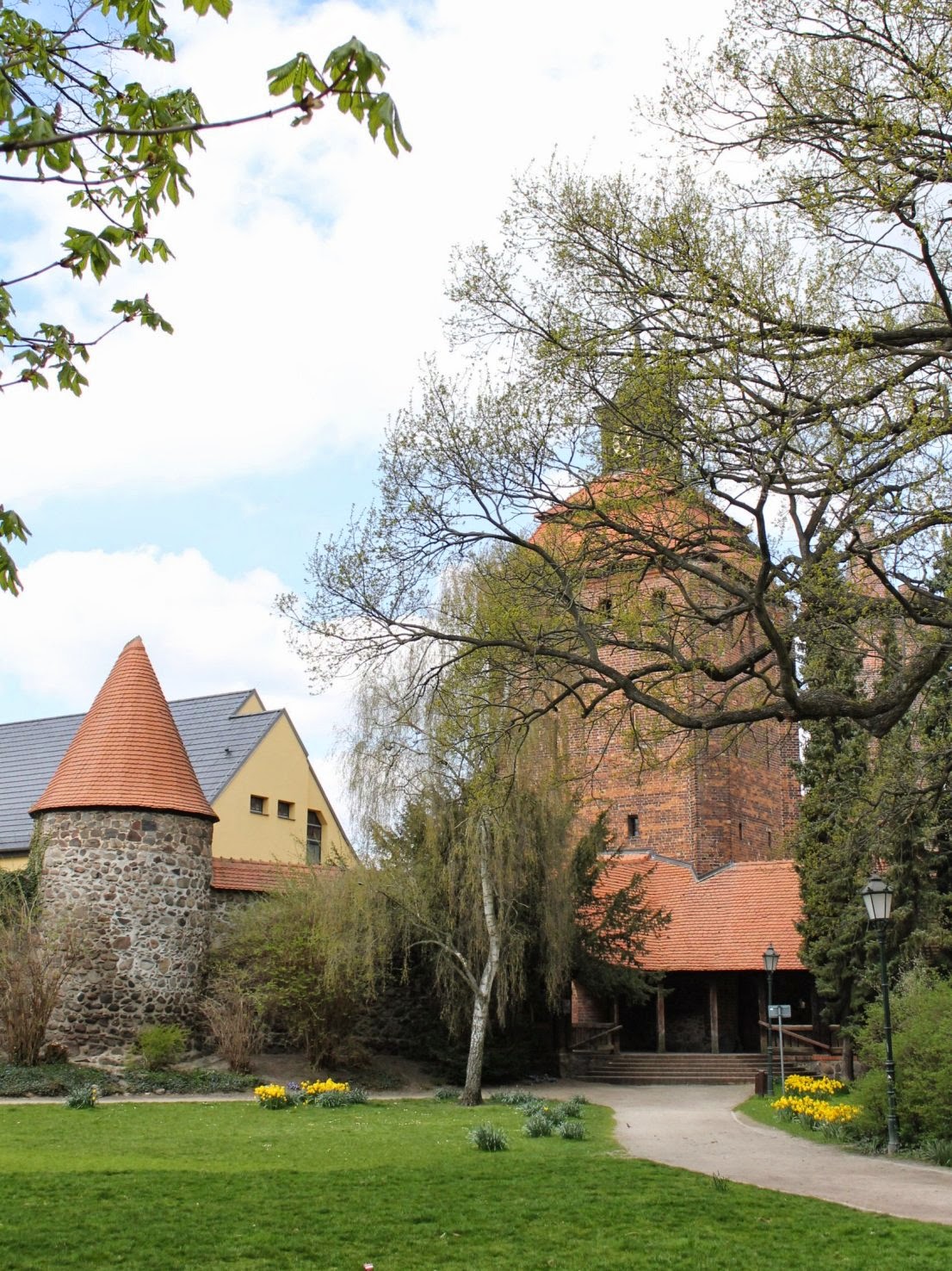 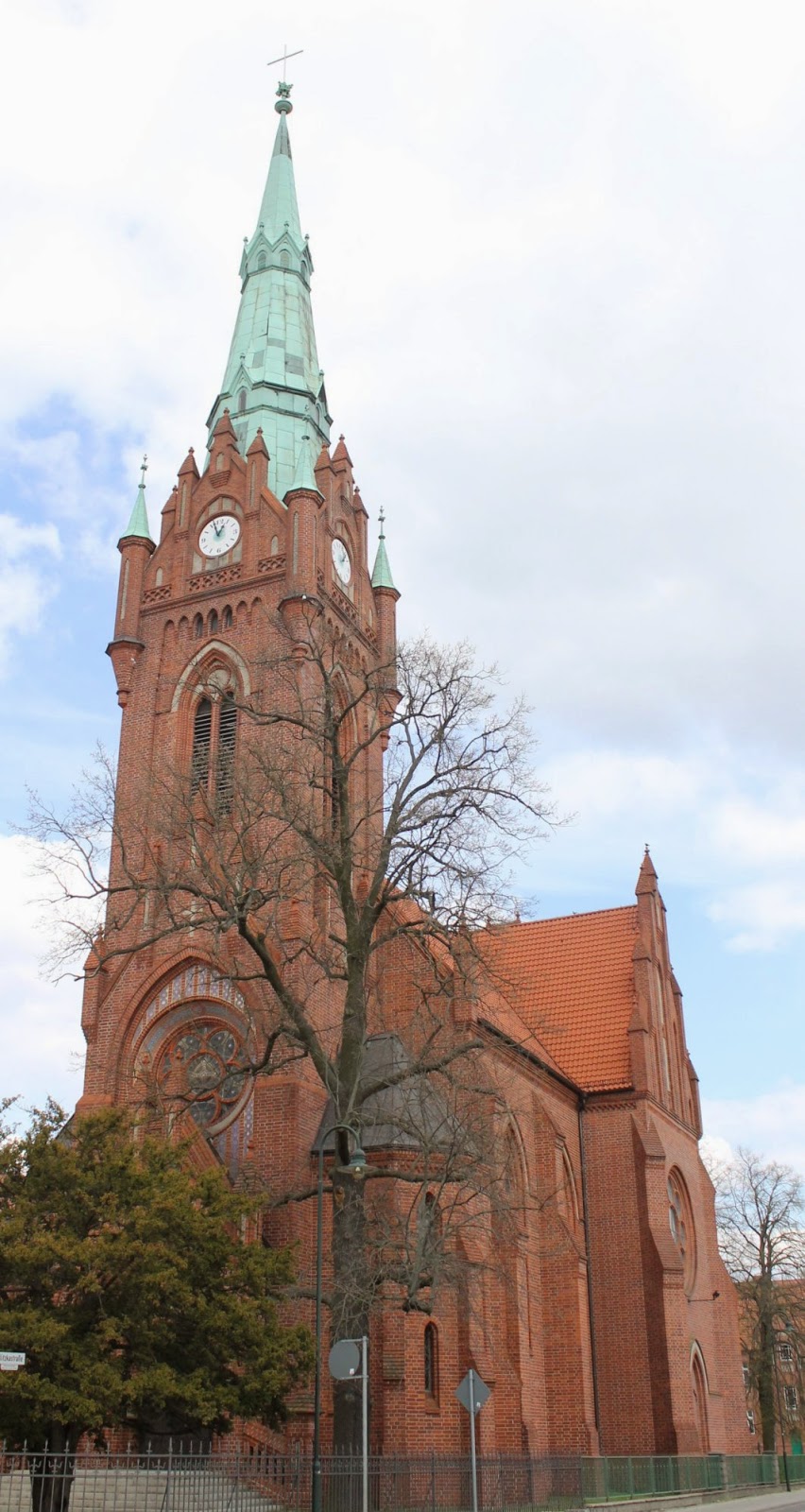 I went to Bernau bei Berlin today. I went with Oldie H. who was bored with staring out of his window and seeing the same trees/wood. The weather was fine and typical for early Spring so we met at a station called Ostkreuz on the Berlin S-Bahn Ring.

I used to work in Bernau. I have happy memories of teaching courses three days a week there and getting well paid. As I wandered around I did not see any of my old students. No big surprise for all of the higher level ones got jobs in other states so left the area. 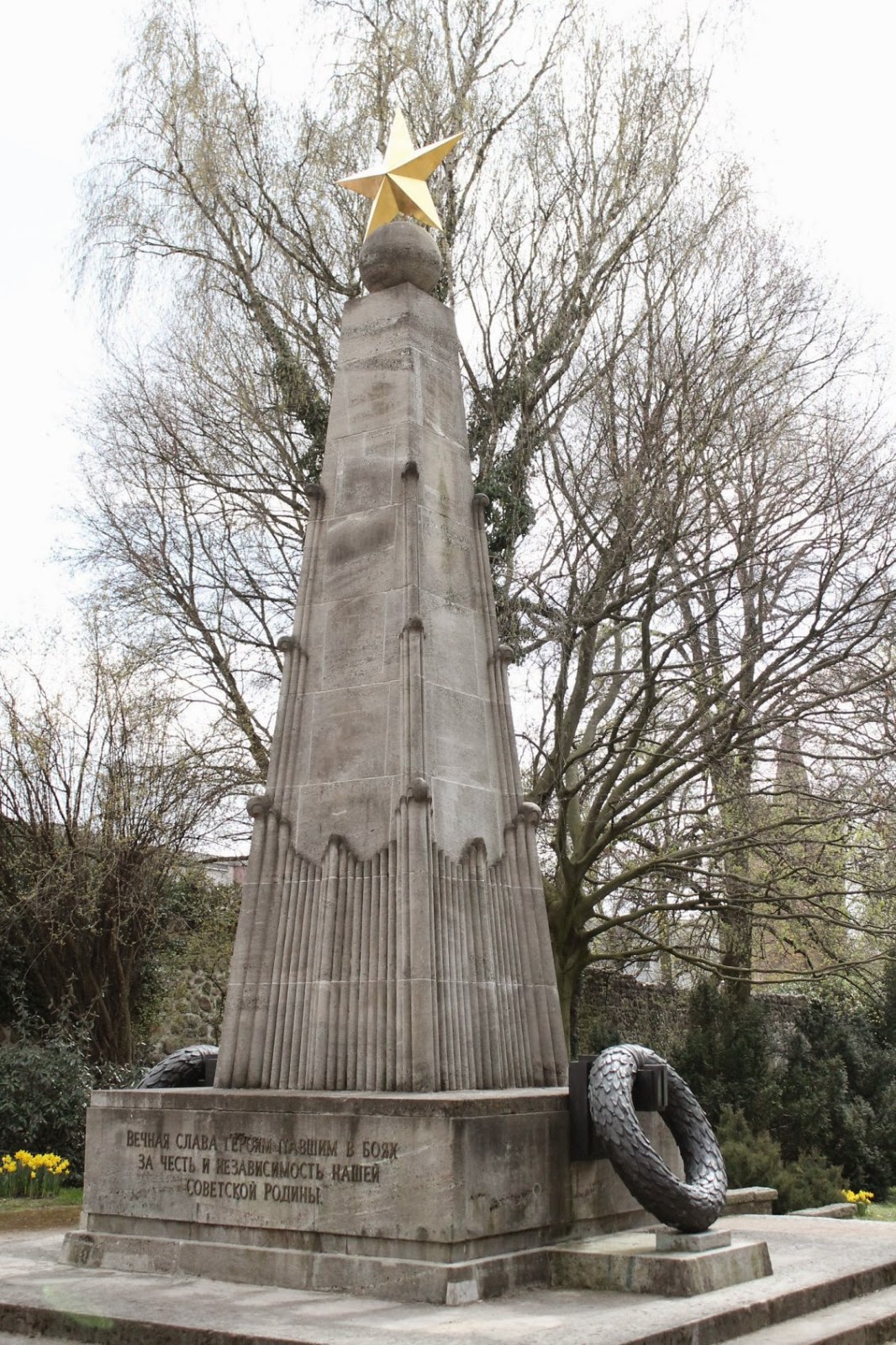 It was interesting to see the mix of old town and not so nice DDR buildings. Yes, plain boxes but then the same happened in the ‘capitalist’ West! I think both systems shared the same architectural teacher! I only took photos of the surviving bits of the ‘old’ town with its protective walls and gates. 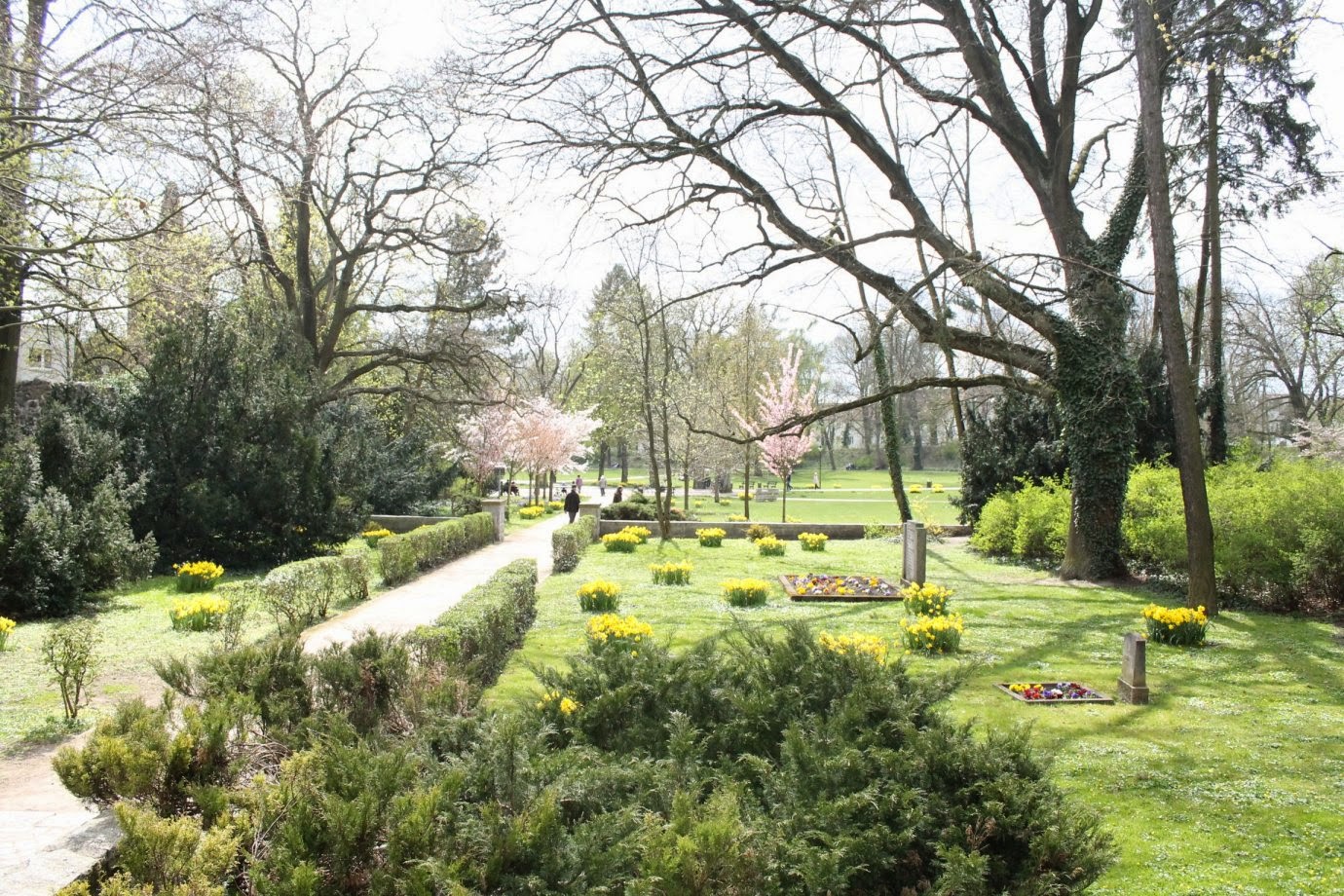 I also took a photo of war memorials on the northern part of the town wall. I found the memorial to the Red Army
interesting. It has a list of all the men/women who were killed in April 1945 when Bernau was taken. There is also a very nice garden adjoining the memorial. It is well worth a visit when you next visit Berlin.

Near the market square is a church dating back to the 15th century. Next to it is a cafe/restaurant which was new to me. They sell cakes made on the premises and a limited range of hot meals. They specialise in north France/Netherlands cuisine.

One of the owners told me it was their selling point and what made them different to/from the competition. I shall go there again when I am next in Bernau! After wandering around the rest of the centre we took a regional train back to Berlin which took all of 20 minutes!