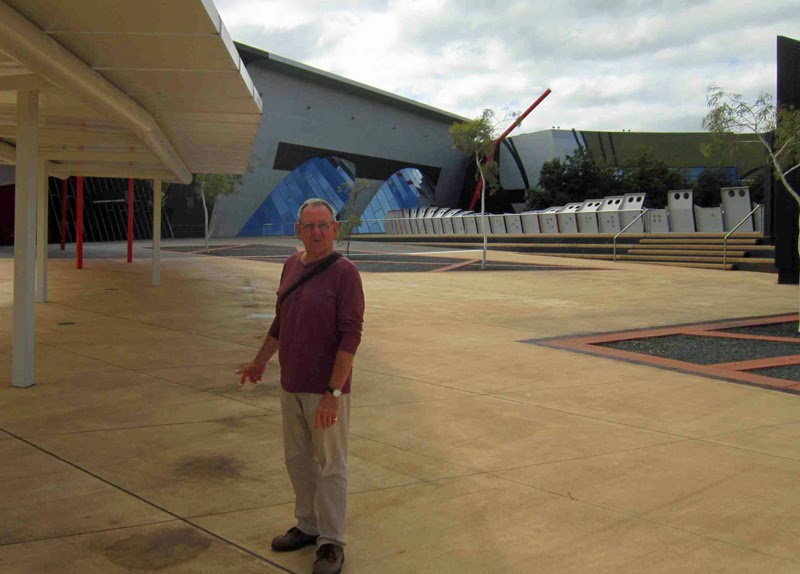 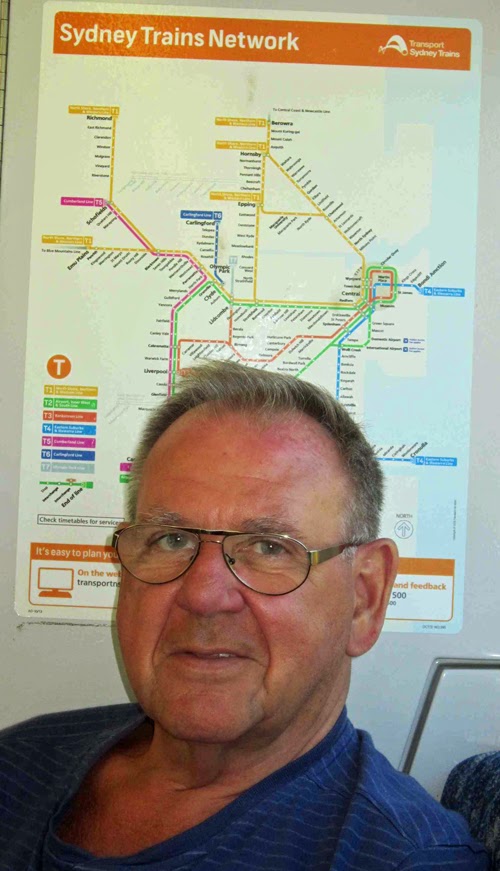 I recently got an e-mail from Colin with news and some photos. Two are of me. One was taken when we were in Sydney on the train/metro system probably going into the centre. The other is of me in the garden area in the middle of the National Museum in Canberra. 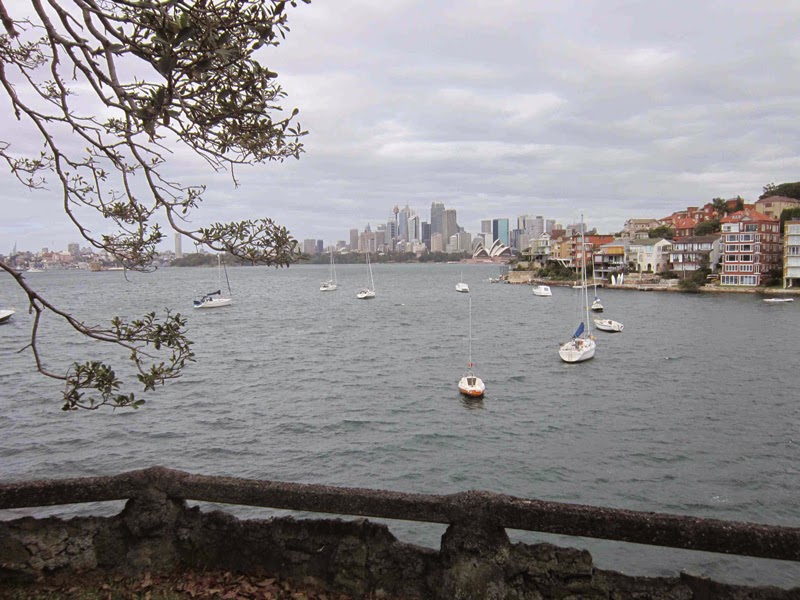 What happy memories they bring back. I seem to have a suntan by then. Colin said the weather is turning into early autumn, the temperature is dropping and there was snow at Oberon. I think this is in a mountain range in the south of the state. 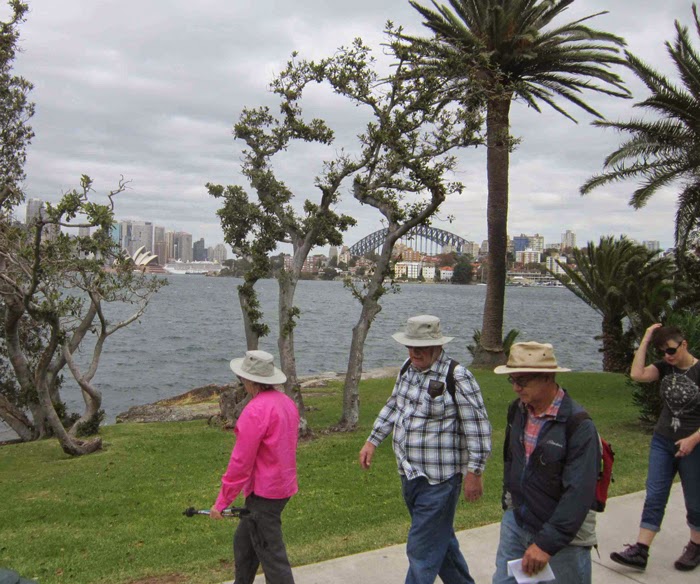 Here are a couple of photos taken on a recent walk with the ‘Oldie-Walkers’. One of them looks like a ‘Yungie’

If you remember, I walked with them and posted a report and photo on this blog. They crossed the famous Sydney Harbour Bridge to pick up a track on the northern side of the bay.

I didn’t get there but passed it on ferries and so know the layout. By chance, the weather has improved in Berlin. Even blue skies and rising temperatures. I hope Colin sends more photos and news so I can re-live my time there and share with you!