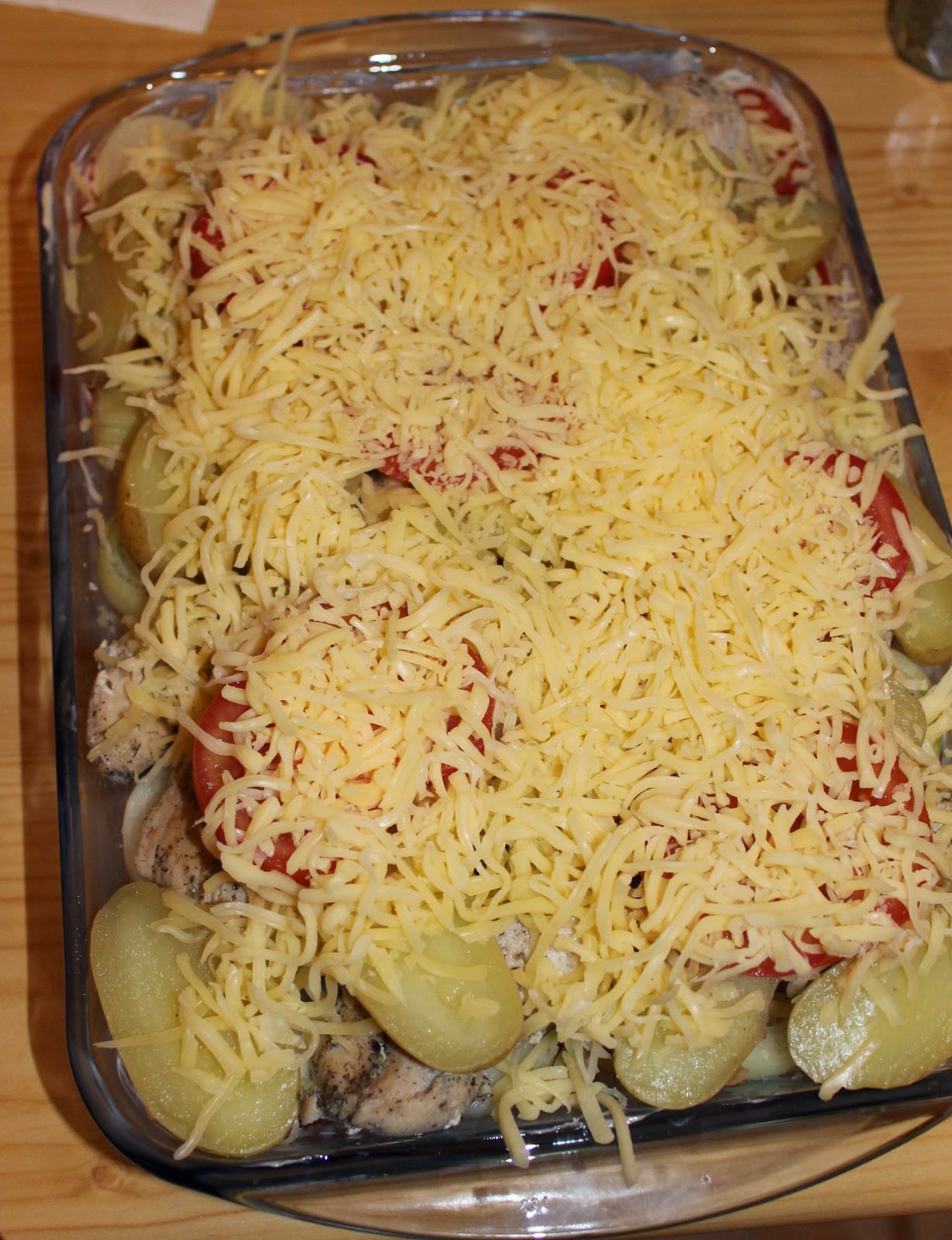 Marcel came to visit yesterday. Our first meeting in about 7 weeks. He had called earlier to catch up on news and then he said he would visit and cook something, watch a film, stay over, have breakfast then slowly return home to a jogging/training session. I agreed at once.

I asked him what he was going to cook. He said he didn’t know but it would be Hungarian and a la Marcel. Hence the title of this blog post! It was great to see him again and he looked very well. He is doing well in his studies and has exams looming but said he felt confident. I am sure he will do well. 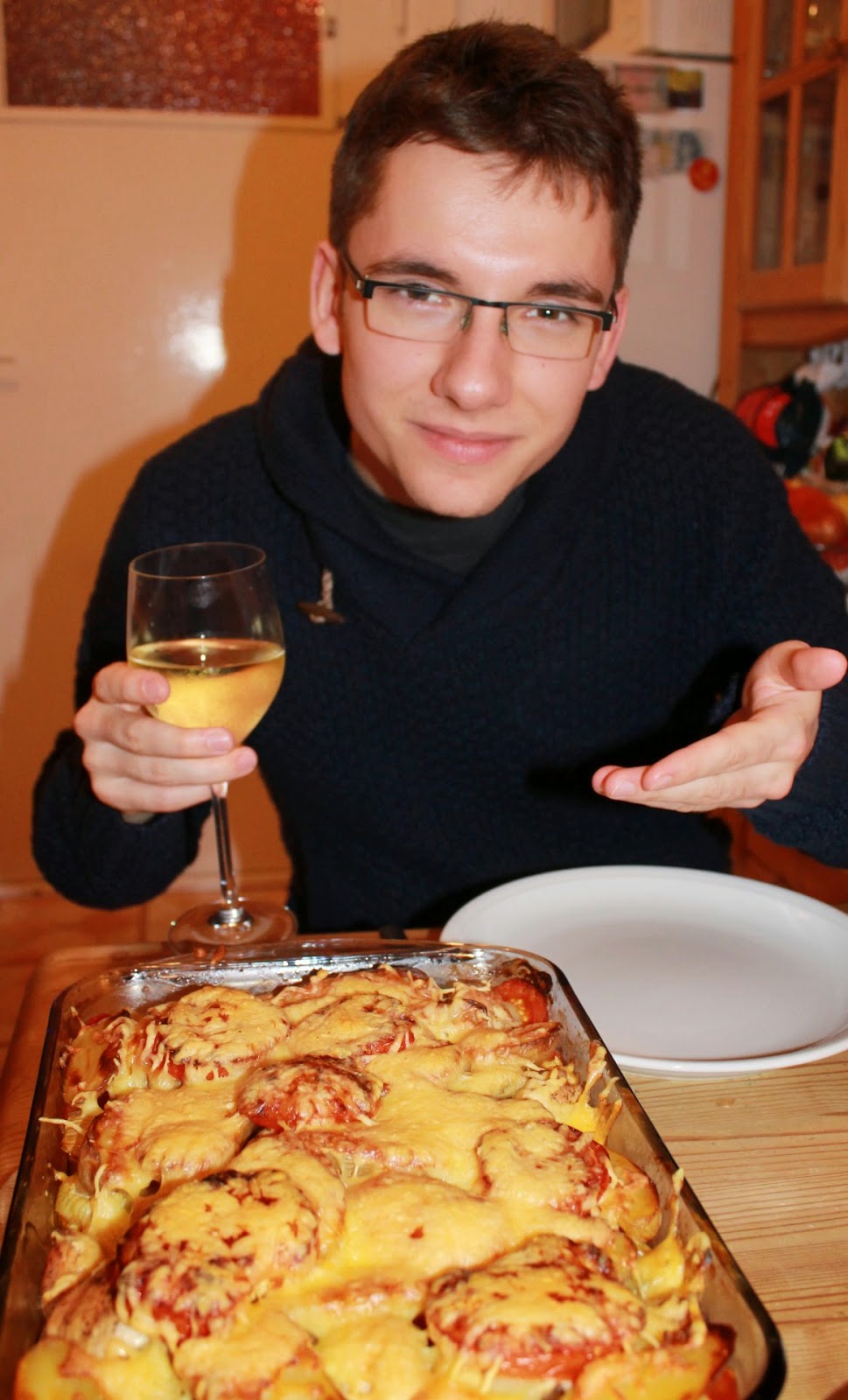 We went to the supermarket and bought the ingredients for our meal. He started at once and with lots of comments and jokes – as per usual! He found the recipe on an online Hungarian page and it was as follows: Par cook potatoes and chicken breast slices but separately. Slice both into a glass dish and add sliced tomatoes, spices and onions. Sprinkle cheese over the top and cook in an oven.

Serve hot with a cold glass of white wine = delicious! I felt a lot better as the evening wore on. We watched the latest film directed by Clint Eastwood and then it was time for shut-eye. He was very lazy and slow this morning and didn’t want to get out of bed. I bribed him with hot tea.

He is now jogging and I am going to cycle in my local park soon. Thanks to those who called me about my problem of adjusting to life in Berlin. Yes, I have decided to post other reports and photos about my Australian adventures as a form of adjustment therapy. There are some really good photos for you to enjoy.