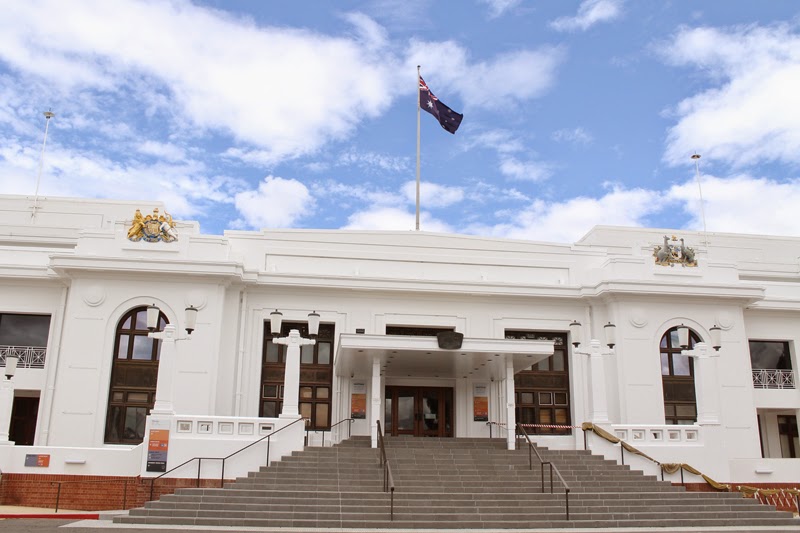 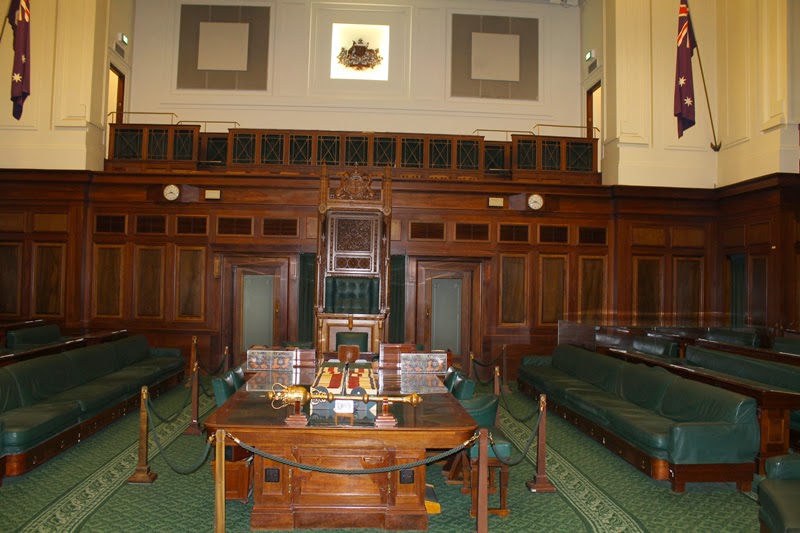 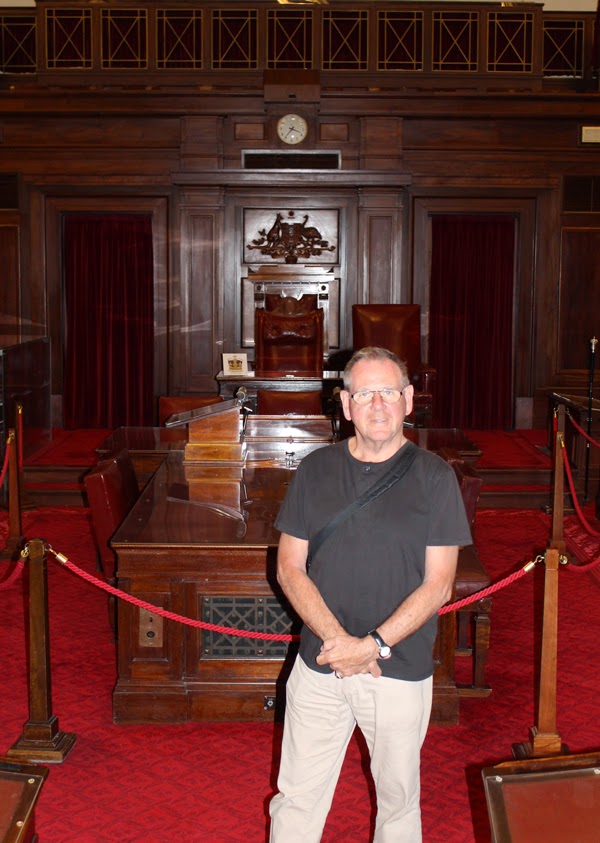 A record of starts and stops, delays, uncertainty and starting again. An American architect got the contract to design Canberra as the new Federal Capital of Australia. He was helped by his wife and the lake is named after them. It was a ‘man-made’ lake created from the river which flows through Canberra.

WWI stopped construction, there were discussions about changes and so it went on. The Old Parliament was designed and built as a temporary measure. Temporary turned out to mean 61 years! It was even extended as uncertainty continued about building a new and larger parliament. 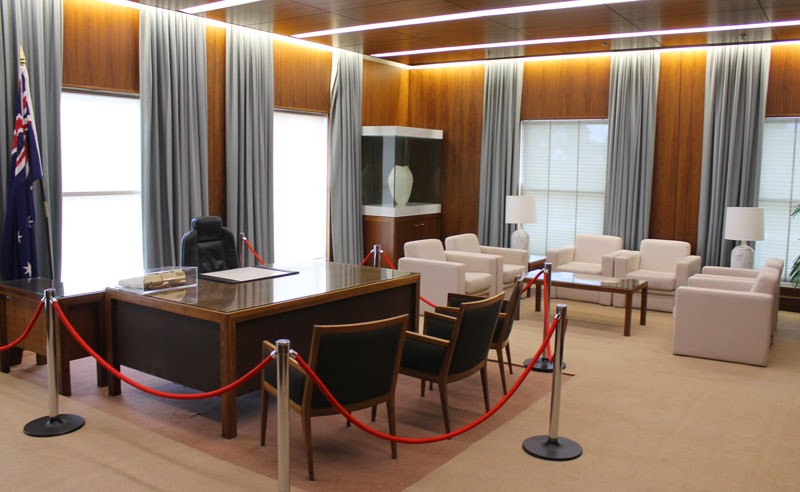 I liked the Old Parliament building. Again security checks as you enter  and you notice it is on a much smaller scale compared to the new building. I particularly liked the MPs Room with leather seats and lots of dark wood furniture resembling a traditional gentlemen’s club on The Mall in London. I could imagine MPs sitting around sipping whiskey in the evening and putting the world to right. 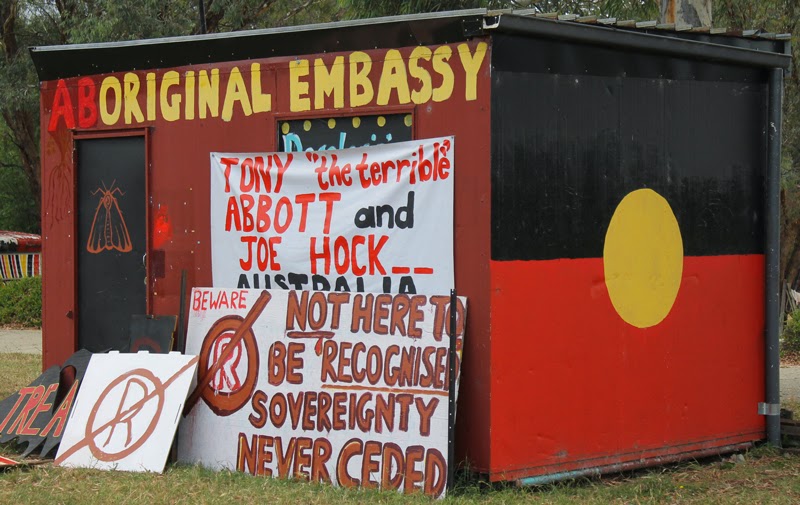 As women gained rights and were elected MPs, there was a problem. There were no toilets for women MPs!  Conversions took place which were later extended as more women were elected. And rightly so. In the centre of the building you will find a quad with grass and trees so you can sit out and enjoy some fresh air. There is also a cafe there.

There is a large green open park area in front of the Old Parliament. I think that in 1971, representatives of the Aboriginal people erected an embassy with signs protesting that they were not asked to give their country to white convict settlers. Their tent embassy is still there with protest slogans.  A must see when you are next in Canberra.