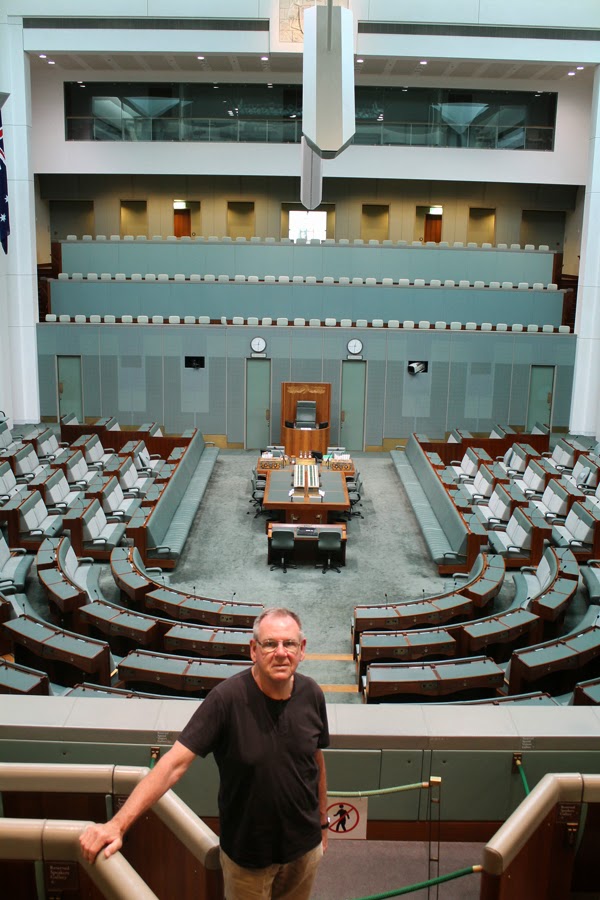 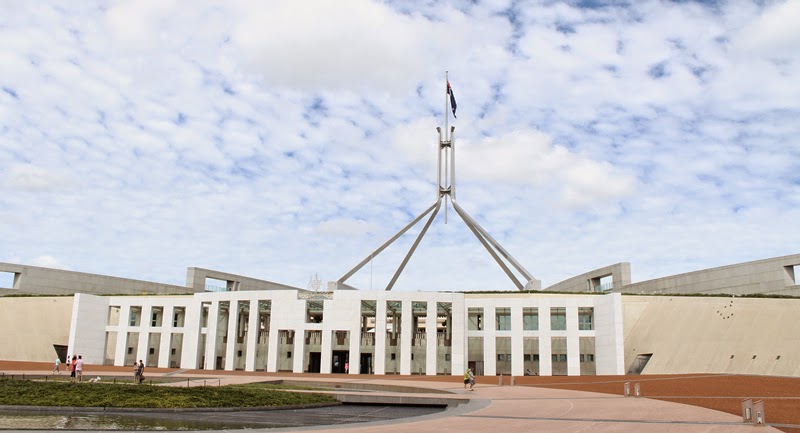 The new Federal Parliament building is behind the old one as you walk up a hill. It has a modern design with rooftop garden access offering a good view of the old parliament, lake and lookout point. There is always an armed policeman on duty there! 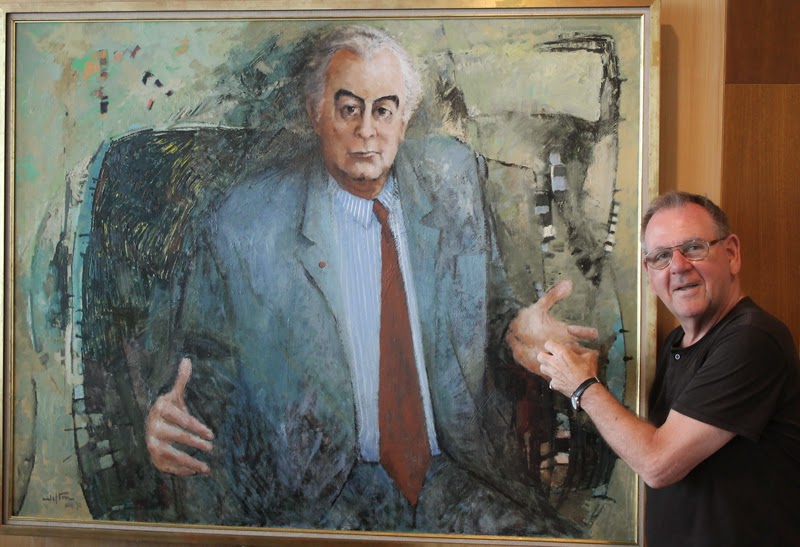 Each day in Canberra started with a big traditional breakfast at a cafe somewhere in the centre. From there we started our daily tourist routine. My priority was to see both parliament buildings which I did but it took all day and was rather tiring. 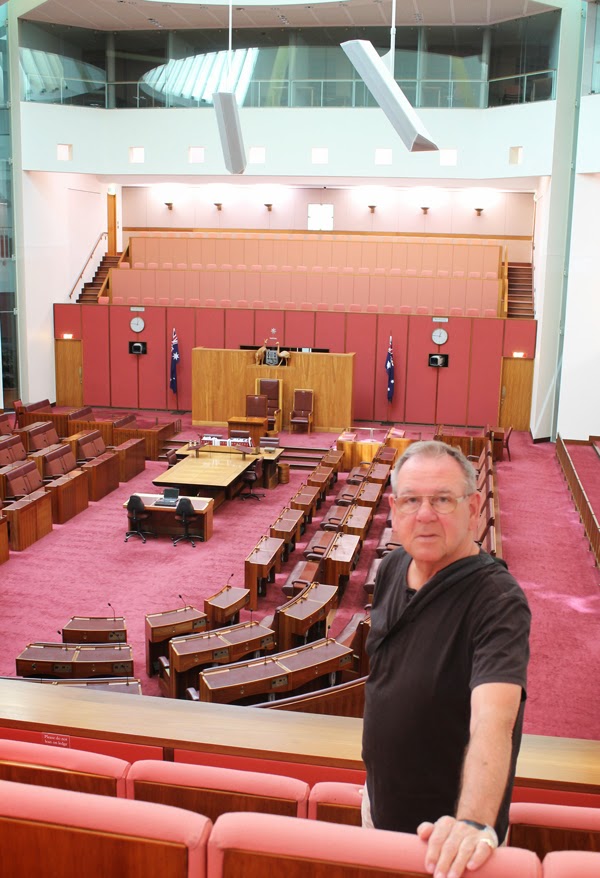 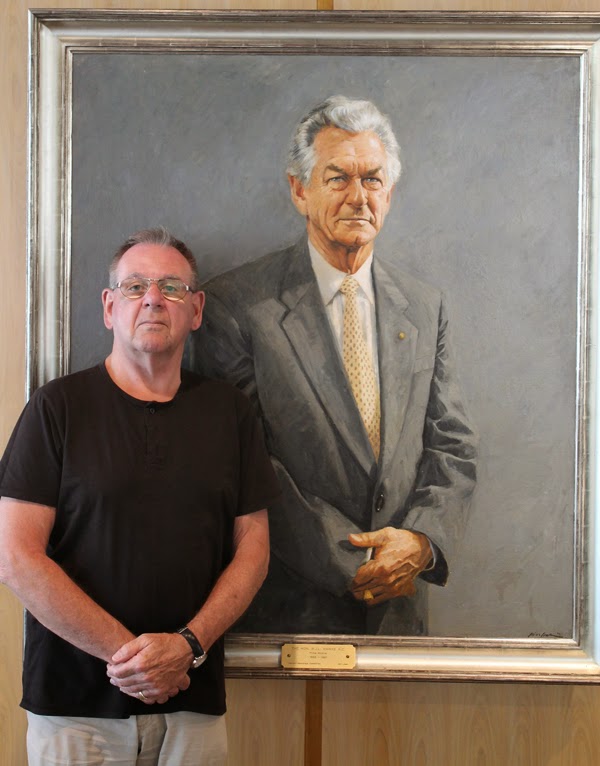 Again armed guards are at the main entrance but you enter via a room where you are checked as if you were going into an airport. I got an information sheet from friendly guides and set off to explore the building.

The whole complex is built around the functioning of The Senate (red furniture) and The House of Representatives (green furniture).

Senators represent the federal states and directly elected Members of Parliament sit in the other House. The Prime Ministers office is there as is the Cabinet Room. I didn’t see the Prime Minister when I was there!

I did, however, get to see all the Prime Ministers via portraits hanging in The Great Hall. I had my photo taken with two. Gough Whitlam and Bob Hawke. I am shaking the hand of the former and looking as stern as the latter. Both were members of the Labor Party and led Labour governments. Ahh…..the good old days:-)