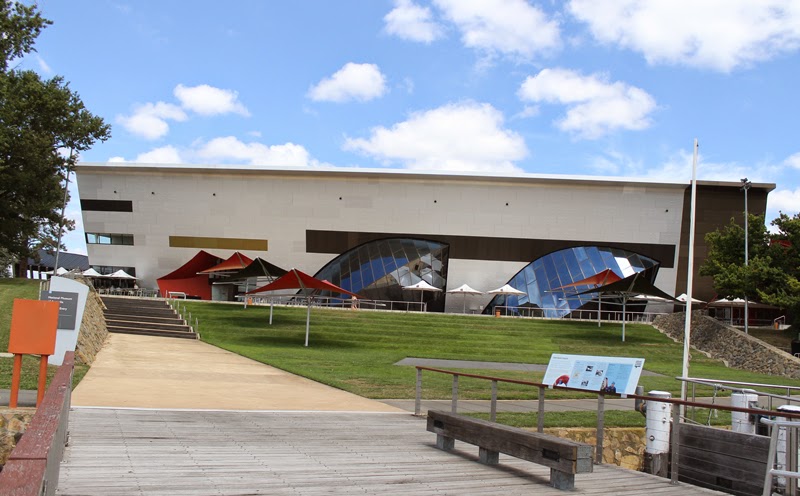 On my last day in Canberra I went to the National Museum. Again a modern building with lots of levels for the different themes and displays. Very helpful people at the information desk as you enter and I got talking to a guide who had been to Berlin and planned to return in summer. 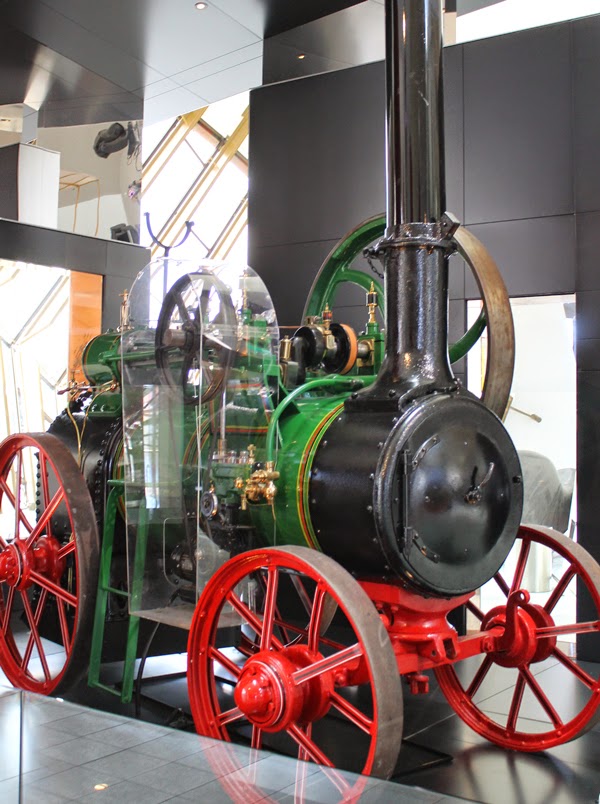 I was very interested in the sections showing the history of the Aboriginal peoples. There were many more clans/tribes/groups than I knew about before. I think we tend to use Aboriginal as a generic term indicating no differences. Their experiences at the hands of convict settlers and administrators were not always good, and that must be an understatement! 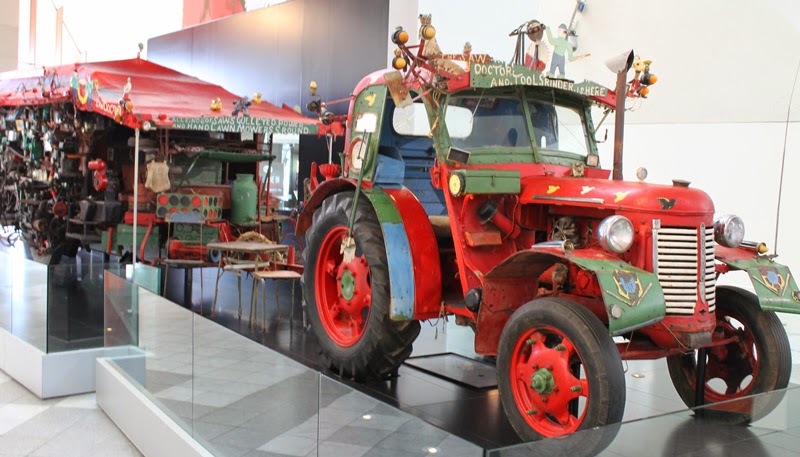 I spent hours in the building for there is so much to see. You are allowed to take photographs but not of  an original Magna Carta with a flash for this would set off the security alarms. I decided to let it sleep on. The Magna Carta in London was destroyed by a bomb in WWII. A copy of the one in Australia is there now! I bet most of the English don’t know that.

I found early machines indicated the sense of exploration, innovation and repair that is also part of the history of settlers in Australia. You could not always buy something new so you had to improvise.

Here you can see how one man created a business pulled by a tractor and made a living for himself and family. I also liked the steam engine and imagined it pulling things across vast areas of Australia.