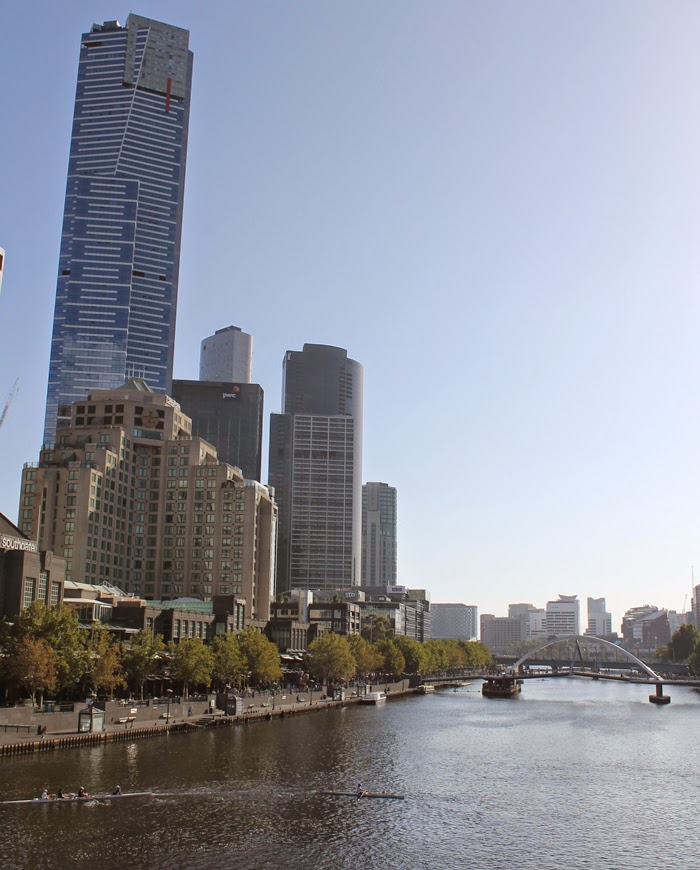 Yesterday I went to Melbourne. I got on the Metro train at Sandringham. This is where I am staying and is the southern most station on the south coast track into/out of the centre. I have a special ticket for a week and I can use it on any form of public transport. 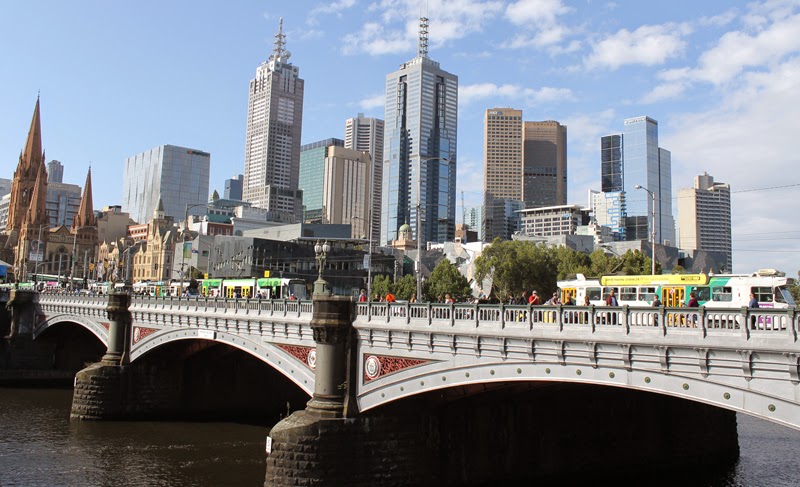 They still have trams here. I was told the system and number of trams/journeys is even greater than in Berlin. Not bad! It takes 32 minutes to make the journey by Metro to Flinders Station. This is on the south side of The Loop which means a circle that takes you around the centre of the city. I took the free No. 35 tram around the centre. 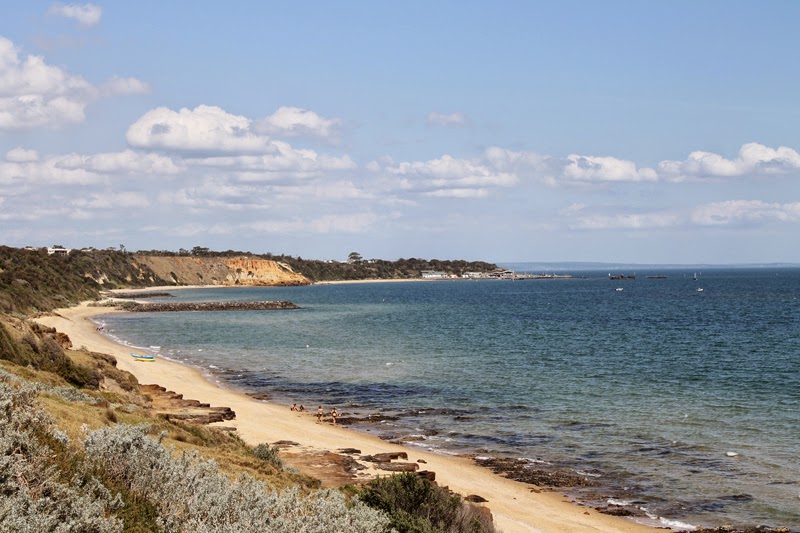 I took these photos from the river/bridge at Flinders Station. It was at the end of a later 3 hour tour with a group. These are held each day at 10.30am and 2.30pm and there is no charge but each person is left to ‘donate’ what they like to the tour guide at the end.

We walked to all the major sites in the centre and even took in small alleys and areas full of ‘alternative’ art = spray painting on the wall. This time they had been done by professionals and some had even been commissioned by the city council. 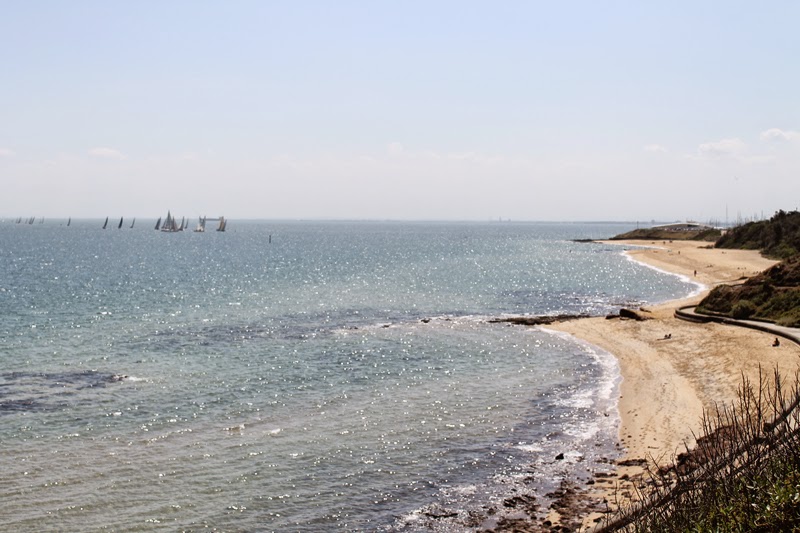 We also had a break in Chinatown, went to the Parliament building and visited old malls and covered alleys which now house ‘trendy’ shops and restaurants. There is even an area where officially allowed buskers can sing on the street and people give them money if they like the music/songs.

I met Peter in the evening and we had a tasty meal in one of the trendy alley restaurants before taking the Metro back to Sandringham.

I have added two photos of the north and south beaches at Sandringham. They are two minutes walk from Peter’s flat. I added them as a contrast to the high rise bustling city centre. I walk along these beaches every day just for some fresh air.