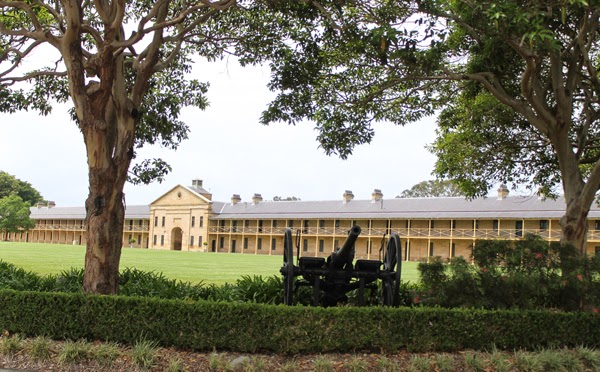 Before my journey to Canberra I set off on a barracks and museum tour. The first was a barracks two streets away from where I stay in Sydney. The public is allowed entrance each Thursday at 10.00 am. There is strict security at the entrance but once through you are met by guides. 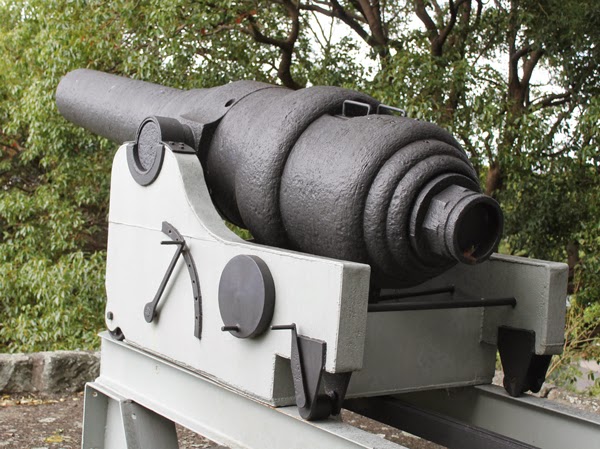 They are all gentlemen of ‘advanced age’, ex-military and proud to wear a beret, medals and green blazer to show their status. All are volunteers and members of an association formed in 1982. My guide was John Smith. When he told me this I asked him if it was true. With a wide smile he assured me it was true, then added that all the visitors ask him the same!

He was very relaxed and informal as he took me slowly around the barracks. We passed many soldiers for it is still an active barracks. He explained the history of the place and when and why it was built here. It was all about water. The original supply for convicts and soldiers became tainted so they had to look for another supply inland. 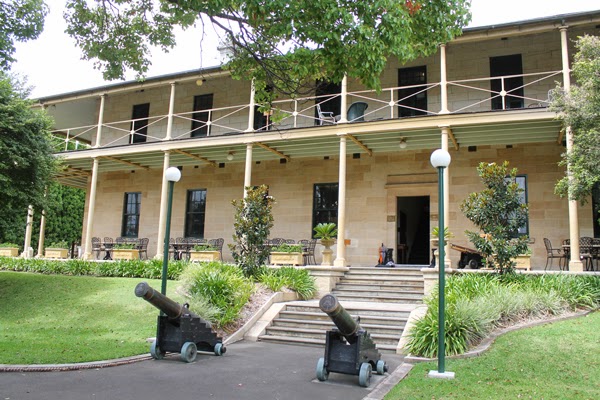 Shafts were dug and they found a supply. This was then linked to the waterfront settlement and the source became home to the new barracks. It is on raised ground so the soldiers could see any approaching ships and point cannon in that direction.

We arrived at the Officers’ Mess at the end of the tour. It has two cannons at the entrance to greet you! I smiled and thought of how many such buildings I had been to in India and Pakistan many years ago and wondered if this one still offered stiff G&Ts as the other ones did :-)) 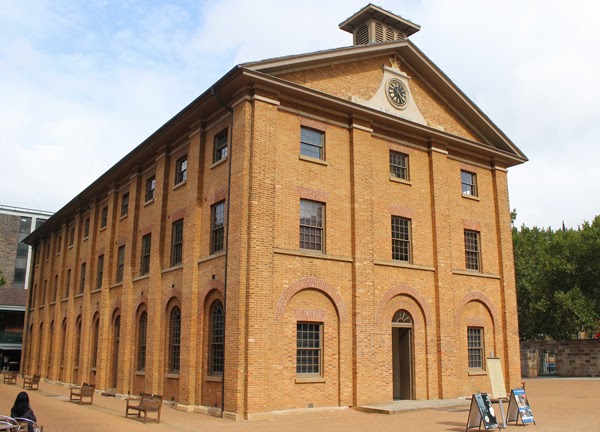 After thanking Mr Smith, I took a bus and got out at Hyde Park. This is in the centre near to the waterfront and large green area called Botanical Gardens. There you will find a building called Hyde Park Barracks. It is now a museum about early convict life in Sydney.

The story is well set out with clear information, paintings, illustrations and even photographs. I was surprised to see the large rooms at the top of the building where the men slept in hammocks.

There seemed to be little space between them and I wondered what would have happened if two very fat convicts had tried to sleep next to each other!