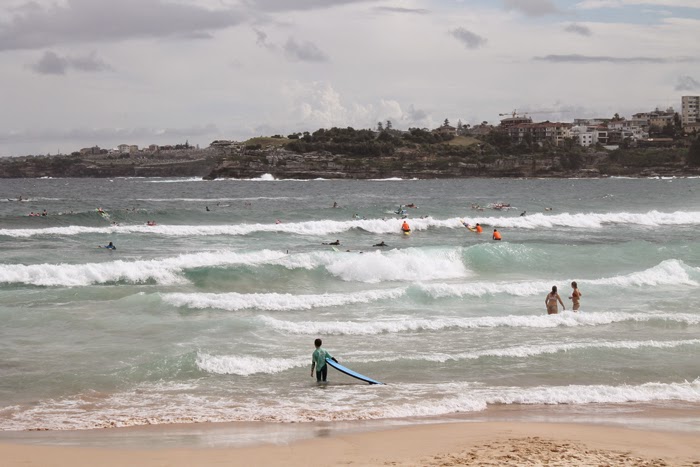 I felt very disorganised and ‘groggy’ this morning. I didn’t know why. Ian said it was just a matter of adjustment and that could take 5 days or even more! After a light breakfast I dozed off then showered, changed and set off for a day of exploration.

I went to the customs building, then to the ferry area before the large park. I wanted to take photos of the greenery and variety of trees, bushes and flowers. Unfortunately the weather did not play along with my plans. It was overcast. I took my new(ish) extra lens with me but couldn’t use it because of the cloudy weather. 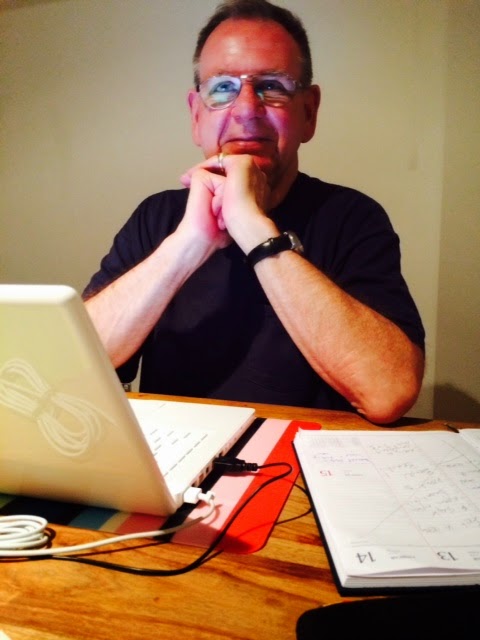 I decided to change plans and jumped onto a 333 Bus. The end station was Bondi Junction. I had no idea where that was so settled down to enjoy the journey. We finally arrived at the last station and I climbed out. I found myself at the northern end of the famous Bondi Beach. There were lots of people on the beach. Some just sunbathing although there was no sun! Some just slept on the beach and some families just played with their babies.

Others were active in swimming out into the water and being carried back to the beach by the waves. Many of them tried to get onto boards. I enjoyed watching how many ways different people reacted to and responded to the surf waves that continually pounded the beach. I was surprised at how small this world famous beach was, but then surprised at the continual pounding of those ‘surfing’ waves.

I had a tasty late lunch of Bondi Beach ‘ Fish’n Chips’. They were tasty Geoff, but not a match on Silsden Fish ‘n Chips!! Now take Fran and Warren out for a tasty lunch of ……! It is interesting that I have not found any other country/culture which can make Fish’n Chips better than the Silsdeners!!