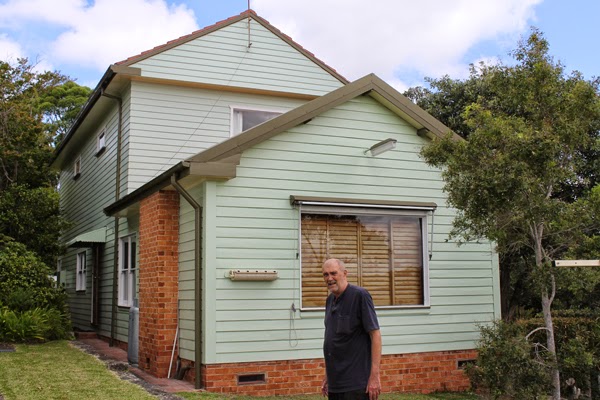 Today I took the train south-east and arrived at a station to meet Colin.  Silsdeners will know I have posted about him before and that he was in Berlin during January. He is Johanna’s half cousin and asked me to contact him when I was in Sydney.  I duly did this and we agreed to meet today.

He met me at the local station and we set off to explore his part of Sydney. Later we had a tasty light lunch before going to his house. It is something to be envious about and not only the building and garden. It was built on the top of a cliff and he has a stairway taking you down until you reach the water and his boat. Very nice 🙂 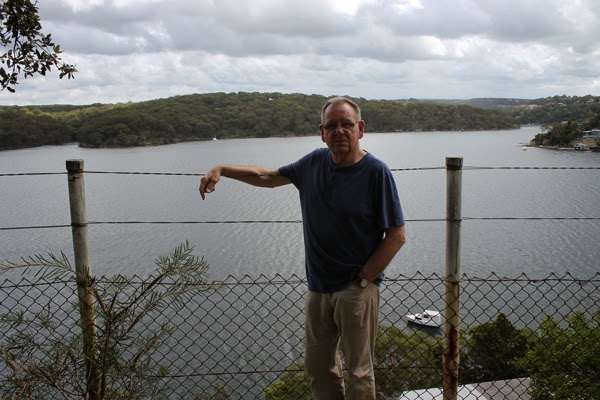 I needed to buy some stronger shoes for walking so we went to a local ‘shopping mall’. The same style as any other ‘shopping mall’ anywhere in the world. We fortunately found a shoe shop and with help from a friendly lady I bought some appropriate shoes.

More driving around the area and looking at bays, water, rivers, housing developments, schools, libraries and all the things that make up a local district where people live and bring up a family. I liked it and decided I would live here if I had to leave Berlin for any reason!