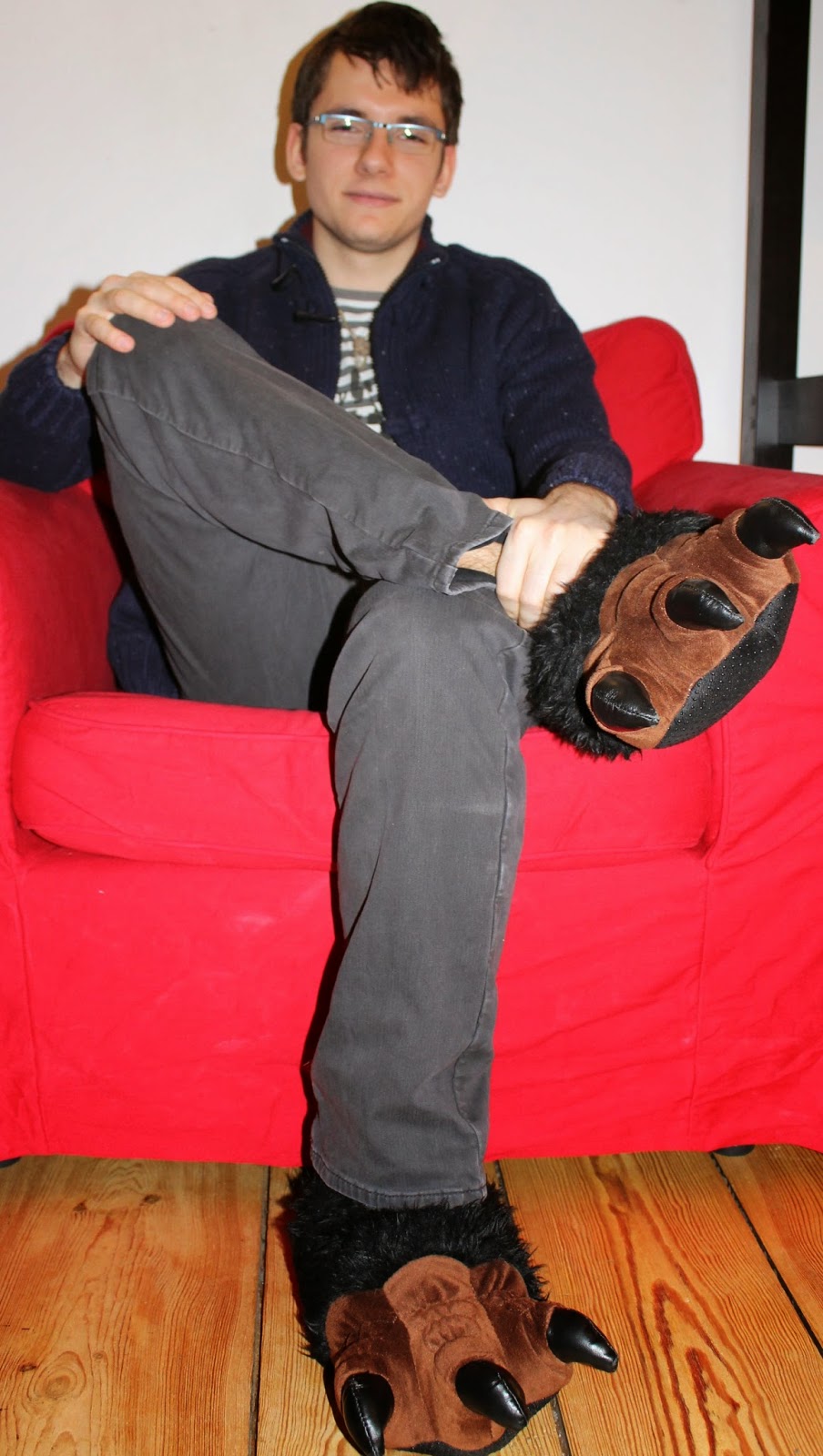 Yesterday afternoon I set off on a journey of three S/U Bahn trains to arrive at Herr Marcel M.’s abode at the other end of Berlin. The evening before, Johanna visited and we talked late into the night, while sipping something nice! I told her Marcel had left a present for me on my return home from the hospital.

She laughed, as I did, when she saw it. It was a DVD of photos taken at Balaton in the summer of 2014. On the front he had written in red pen: “Get out from the hospital, old man! It is not the time yet, Australia is waiting for you!” What a simple, honest statement. Thanks to all who have contacted me and expressed concern about my health. 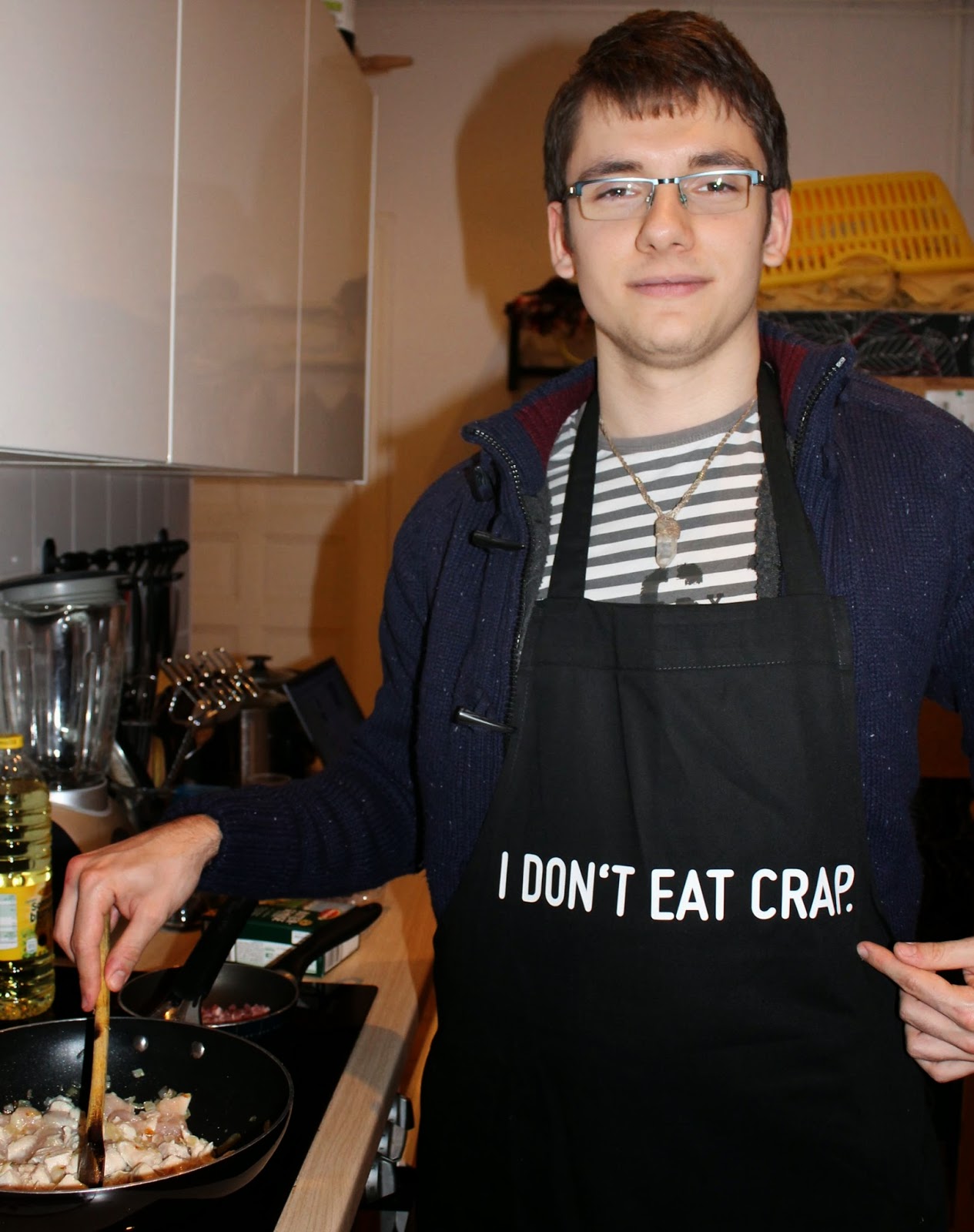 On arrival at his flat, I stared in disbelief at his feet. I couldn’t believe my eyes. He just laughed and said they were a Christmas present from his parents. I like their taste and sense of humour.  I had to have a photo – what do you think? He said they were very warm and I should buy some for myself. Mmmmmm still thinking about that!

We had arranged to go to a local restaurant but he announced he wanted to cook and had already bought the ingredients. I didn’t argue as I opened a nice bottle of red. I turned around to see him putting on an apron. Then I saw the words. Again, eyes staring to express my surprise. He just asked what I was staring at and said he liked the apron.

I settled down to watch him cook sliced chicken breast with lots of red peppers, onions, spices , mixed vegetables and rice. Delicious! I told him he should become a professional. We talked about his studies and recent visit to England to see his sister.  We agreed to meet after my travels and he asked me to bring him a baby kangaroo back. I said I would do what I could :-))