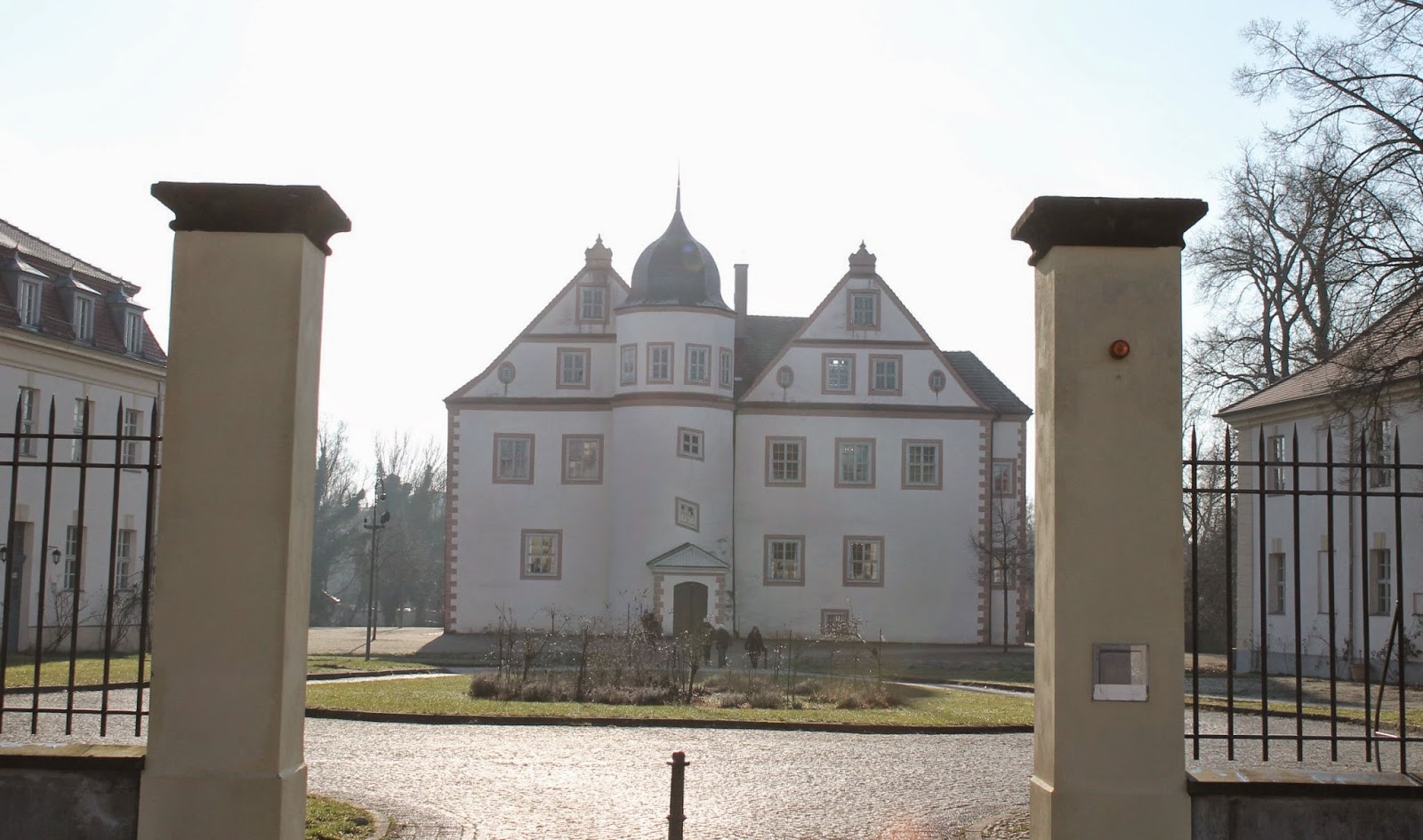 Hello Silsdeners. I had a delicious lunch of slices of roast boar (from the local forest), red cabbage cooked with apples and spices, potatoes and thick gravy + a glass of German red wine to wash it all down! What did you have?

I met Oldie H. for the S-Bahn journey to Königs Wusterhausan. It is the largest town in the Dahme-Spreewald district south east of Berlin. It is in the state of Brandenburg and lies on the Notte Canal and river Dahme. It is worth a visit and you will also enjoy the scenery en route. 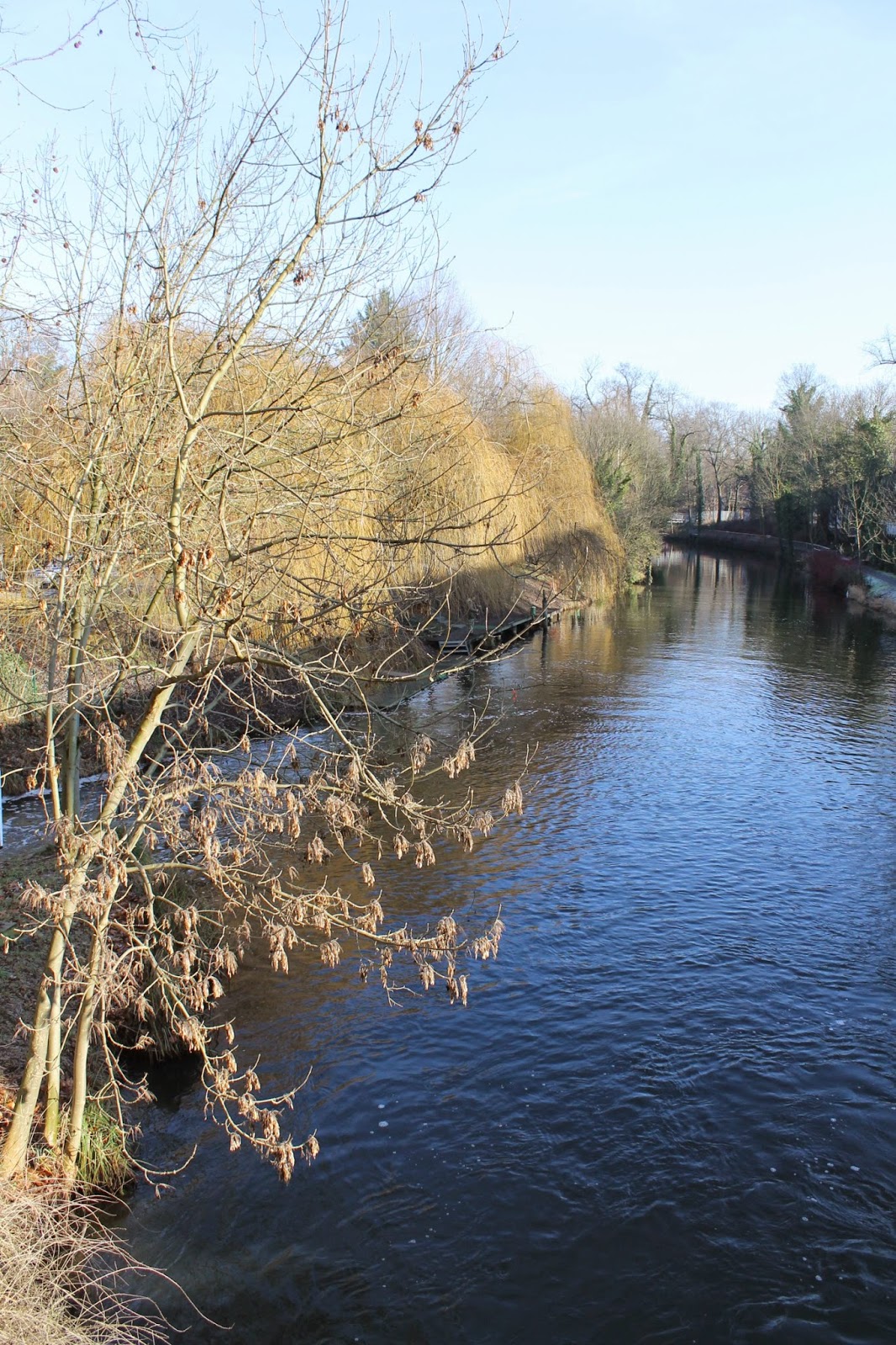 Here’s a potted history in addition to the photos. A village called Wusterhausen was first recorded in 1320. Local landowning families added a large house called a Hunting Lodge, which became even larger as the village increased. I am certain they were hunting local boar and deer then. I think Robin Hood would have liked it :-))

As a Christmas present in 1698, the future Prussian King Frederick William I was given the house and land by his parents. Not a bad present for a teenager! He liked the place a lot and later spent each late summer/autumn there with his family. Of course, those poor boar and deer took a hammering then! He expanded the Lodge further to the form you can see today.

The town added the name ‘Königs’ in 1718. After his death in 1740, royal interest in the place declined. His son was too busy carving a large slice out of Poland to add to his lands. With the end of the monarchy in 1919, nothing happened until 1927 when it became a museum. That didn’t last long for in 1945 it was used for Soviet Military administration. 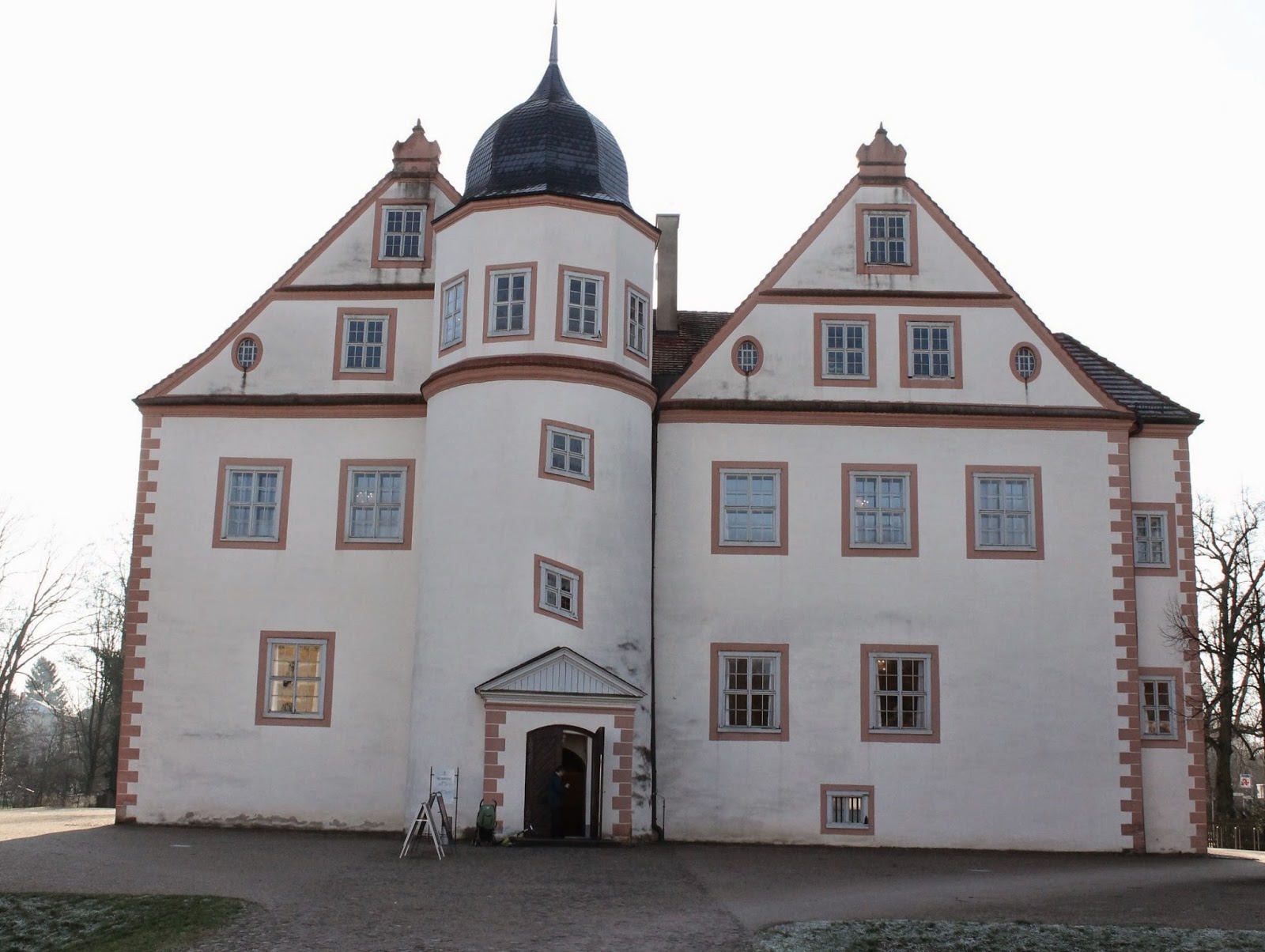 They left two years later as students moved in to study financial administration. They did this until 1957 when the Soviets returned, but his time it was a branch of the secret service. They stayed there until 1964 when the building became home to the local council. And so it remained until the Berlin Wall came down at the end of 1989.

In 1991,
there started a long period of restoring the buildings and garden. This included finding and returning many pictures and items of furniture. In Sept. 2000 it was opened to the public and you can go there yourself to explore the history of the Schloss, town and area. You will find the restaurant in front of the Schloss to enjoy a plate of (local) roast boar!