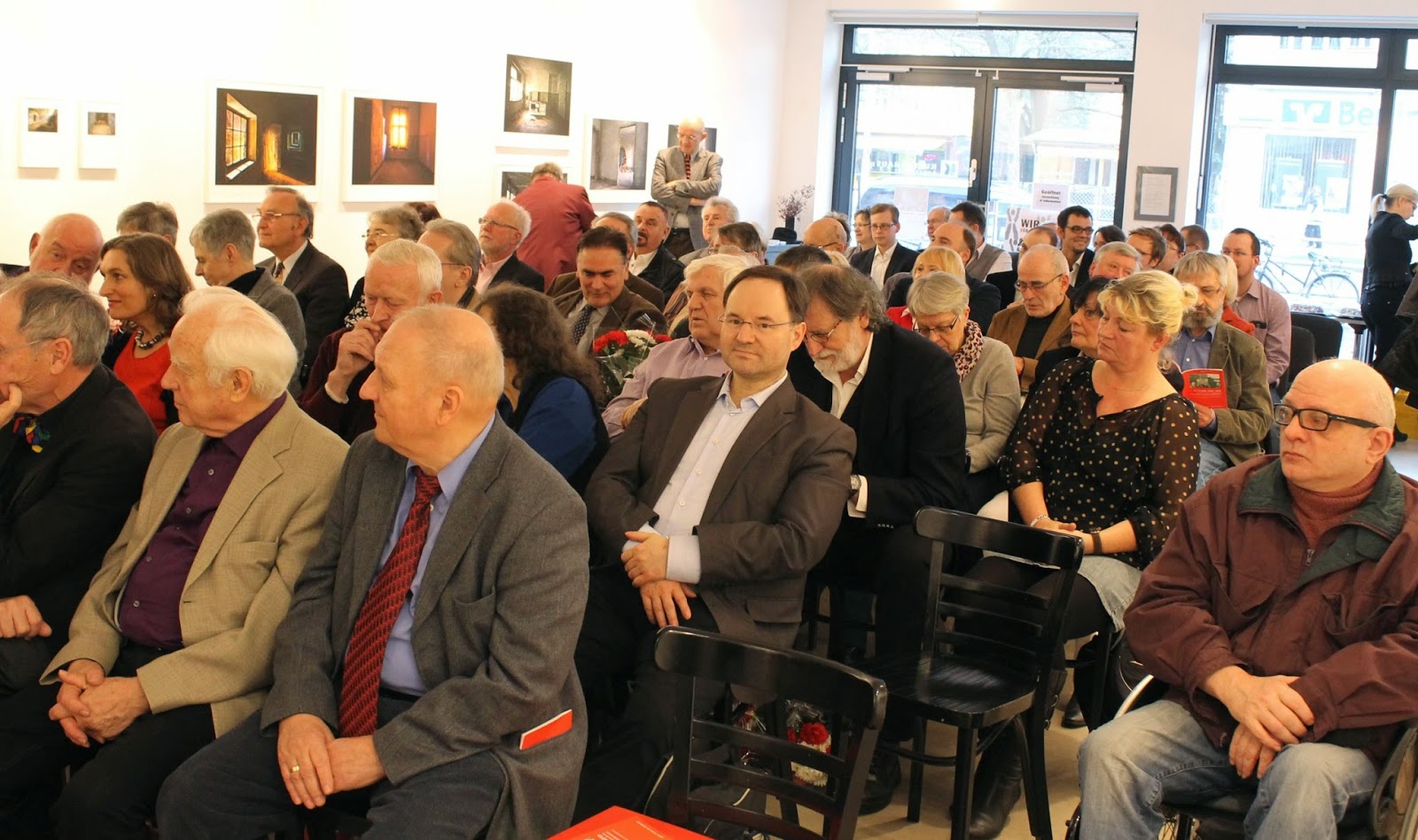 This afternoon I went to the 25th anniversary of the founding of the SPD in Lichtenberg. It was held in the Galerie des Kulturhauses Karlshorst which is in the centre of my district and six minutes walk from where I live.

The room was full of mainly elderly members of the SPD, for it was an occasion to celebrate their contribution to founding the party at the end of the DDR. If you remember your history the DDR known as East Germany, was formed in 1949. 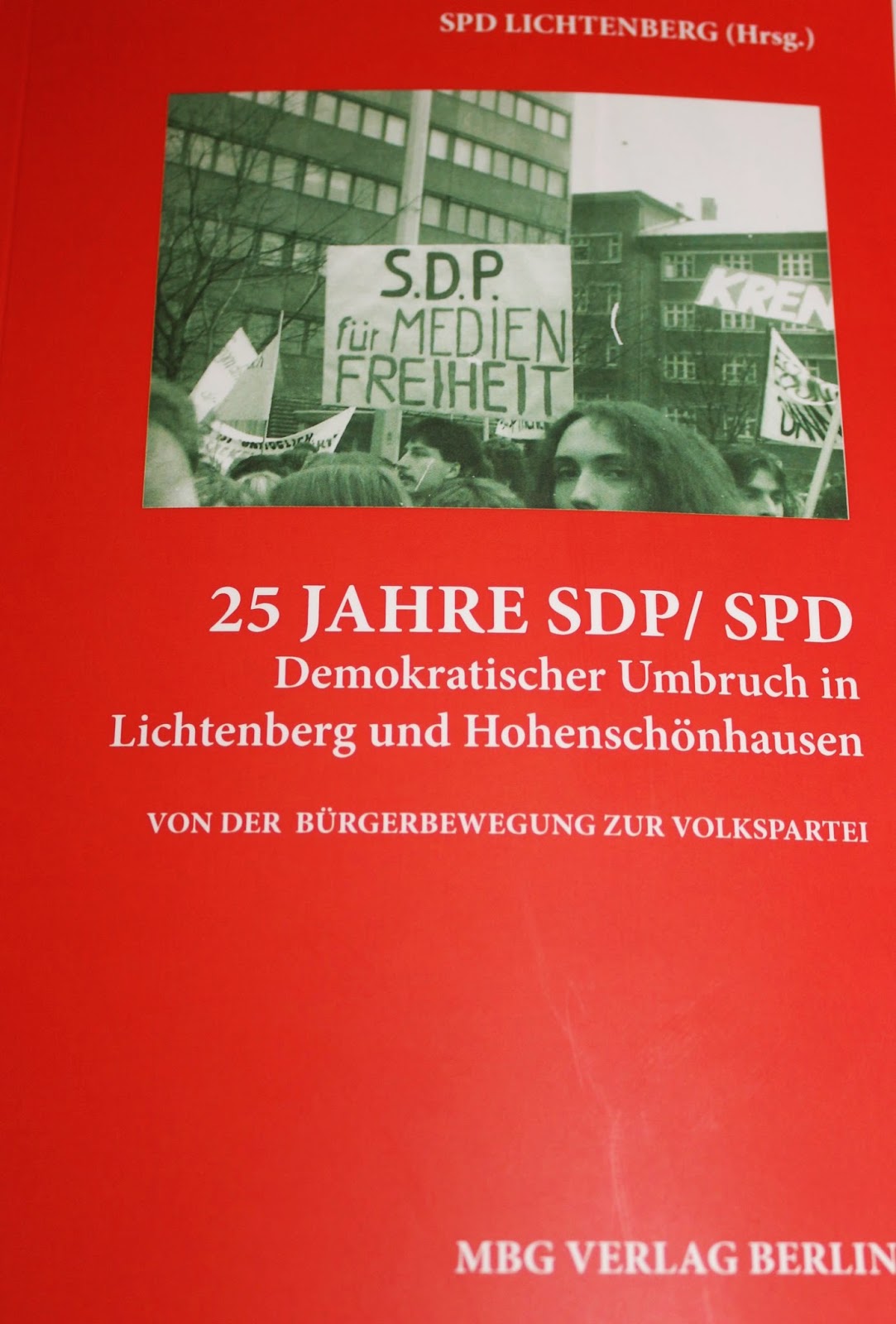 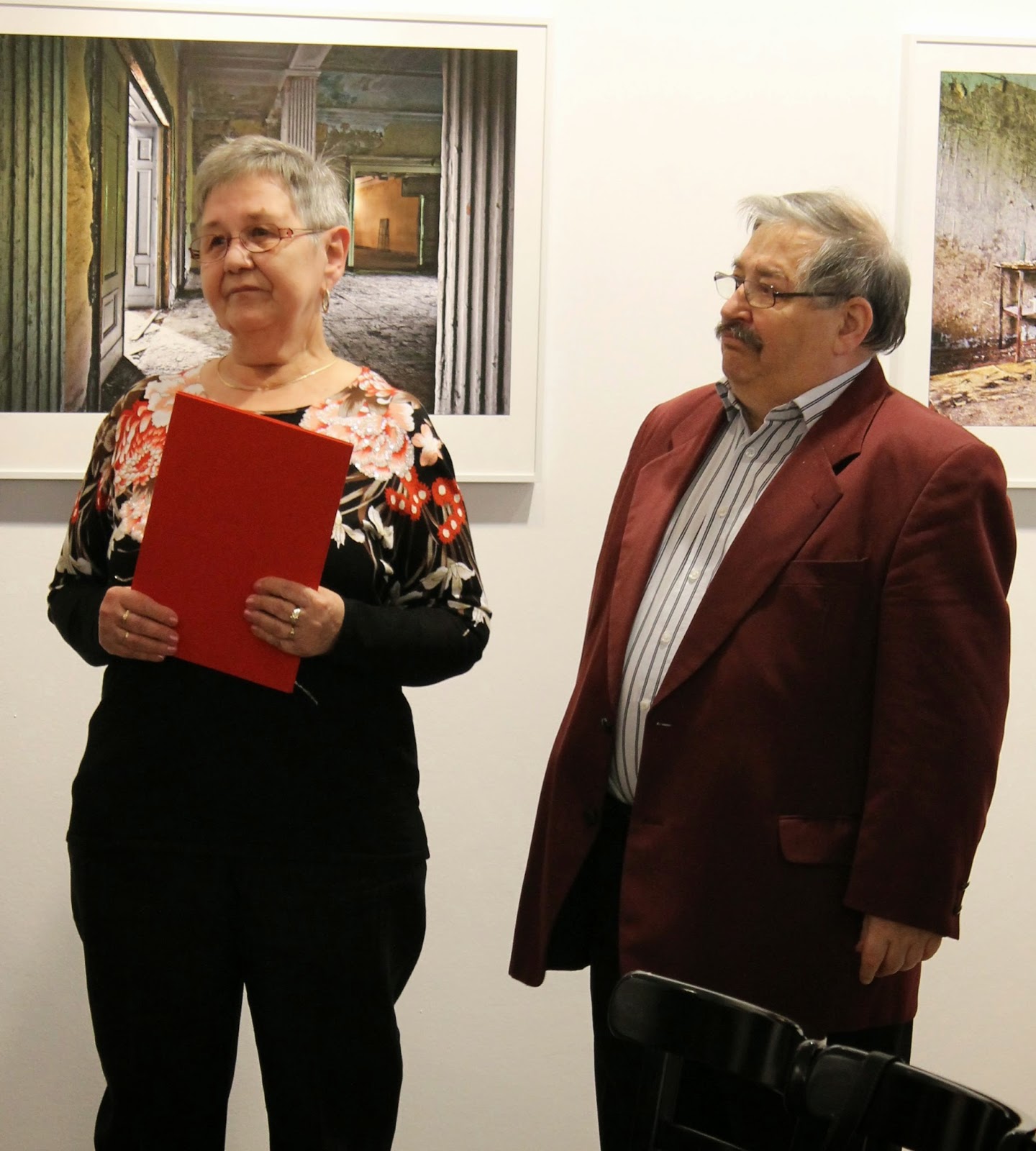 It was one of many states so created at the end of WW2 in the areas controlled by the Red Army of the Soviet Union. They all collapsed at the end of 1989. It was interesting for me to meet many local people who had played a small part in that and founding of the party.

The SPD was closed down in the DDR when it was merged with the Communist Party to form the SED party in 1949. Members of this party ruled in the DDR until the wall came down at the end of 1989. It is interesting that many people held to the values of the ex-SPD for all those years and then founded it as the old system collapsed.

The old founders got flowers, a book, and certificate in the ceremony. I enjoyed listening to them reminiscing about what they had done 25 years ago and why. Gabi and Christian from my SPD Senior Gang were also honoured and I took a photo. I also bought a book many had contributed to about events in 1989.