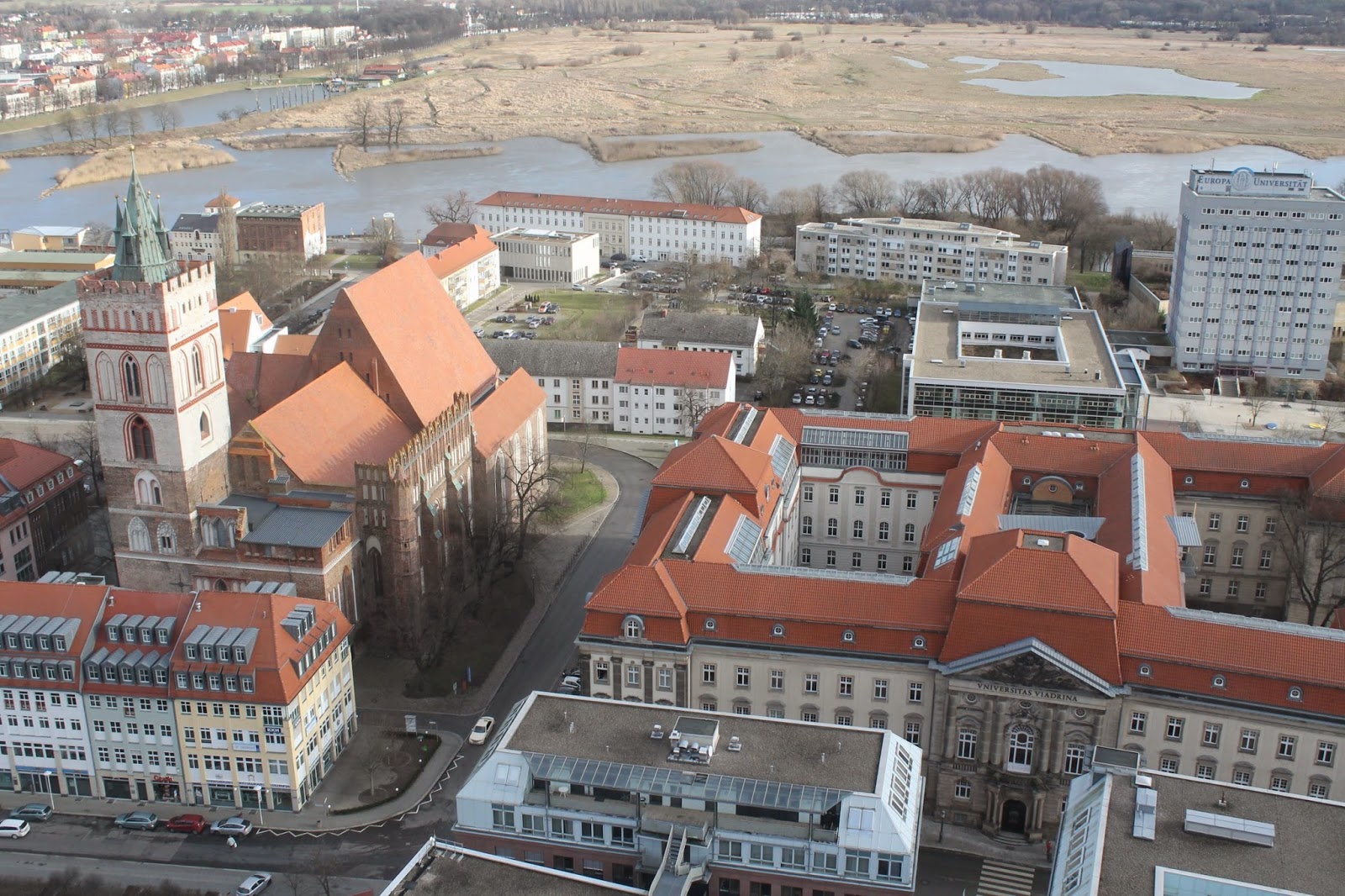 Last Wednesday morning I met Colin at Ostbahnhof. We bought a ticket for him to travel to Frankfurt – an- der- Oder that day and one to the airport at Frankfurt-am-Main next Tuesday. From there he will fly back to Australia via Los Angeles. I shall meet him at his house in Sydney in three weeks! 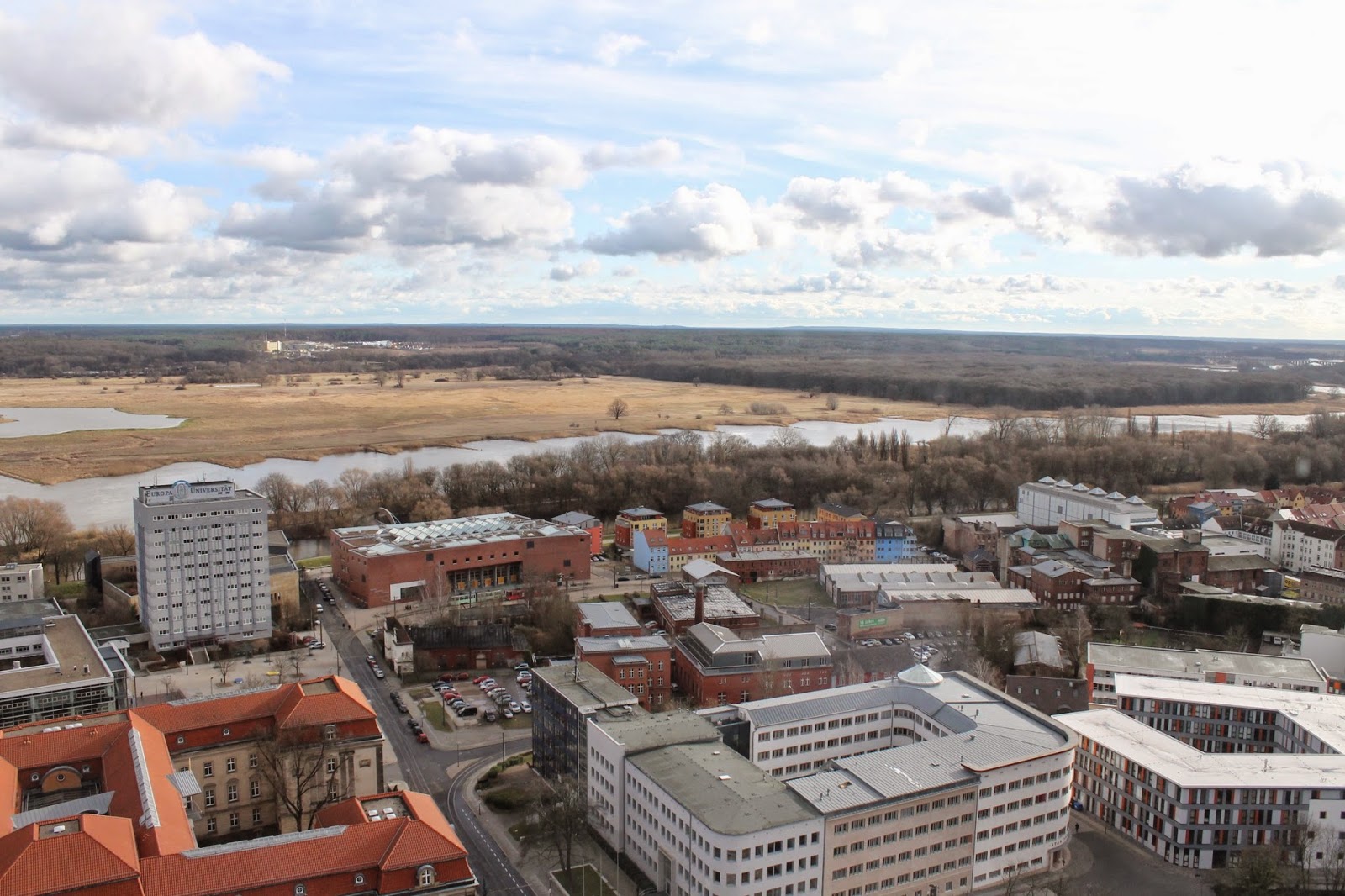 Colin wanted to see more of the area around Berlin so we agreed to take the regional train to Frankfurt – Oder. It is a one hour journey from the centre of Berlin and takes you through very nice flat lands and woods until you get to the River Oder. There you will find Frankfurt on the west bank and Slubice on the east bank. 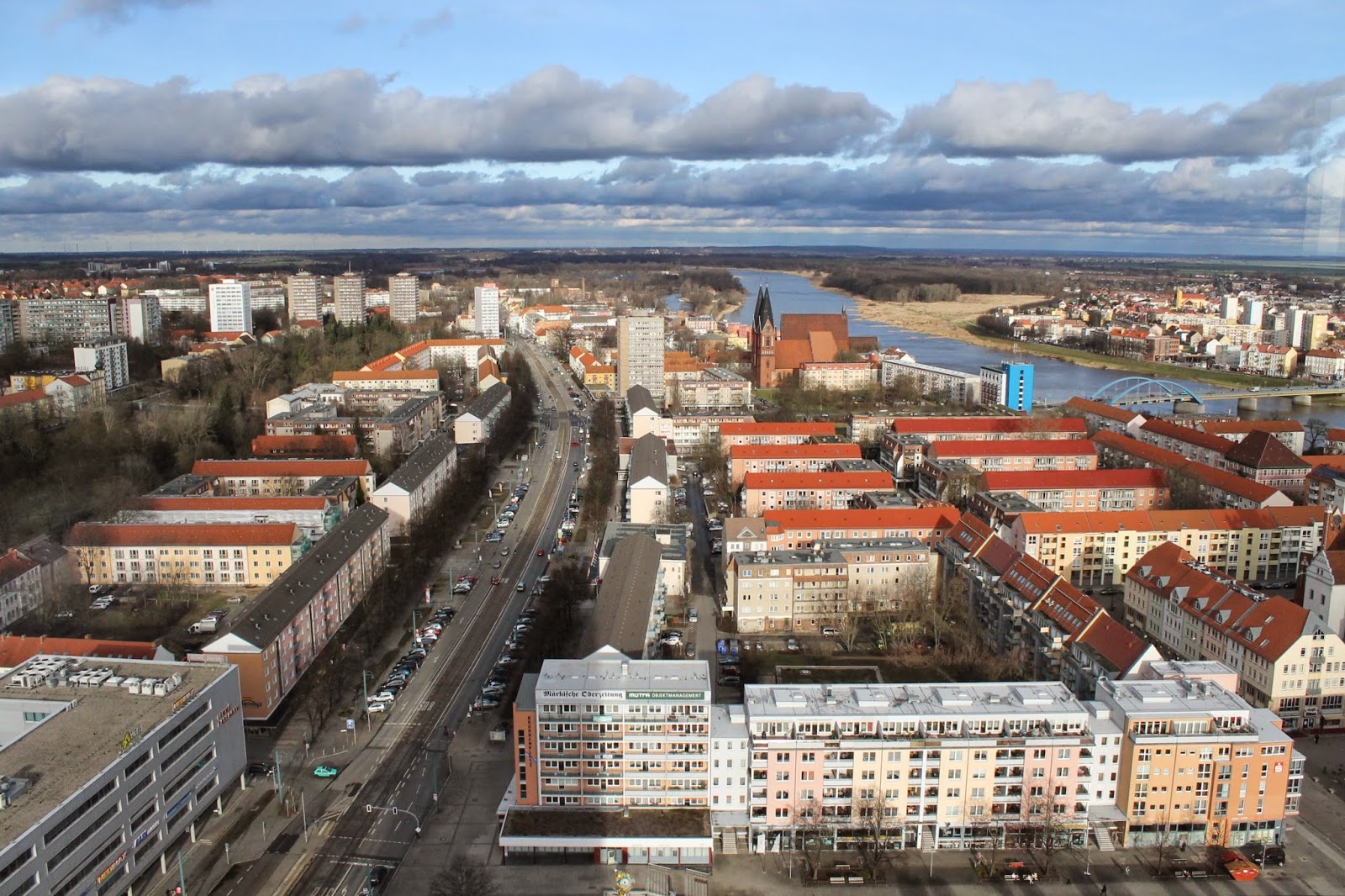 It was all one place until 1945. I am sure you have heard of the Soviet leader called Josef Stalin. He succeeded at the Yalta and Tehran Conferences in changing the Polish borders during discussions with Roosevelt and Churchill.  The ‘new’ Poland was pushed from the east towards the west by incorporating areas of what were then Germany. The new border runs along the river Oder. 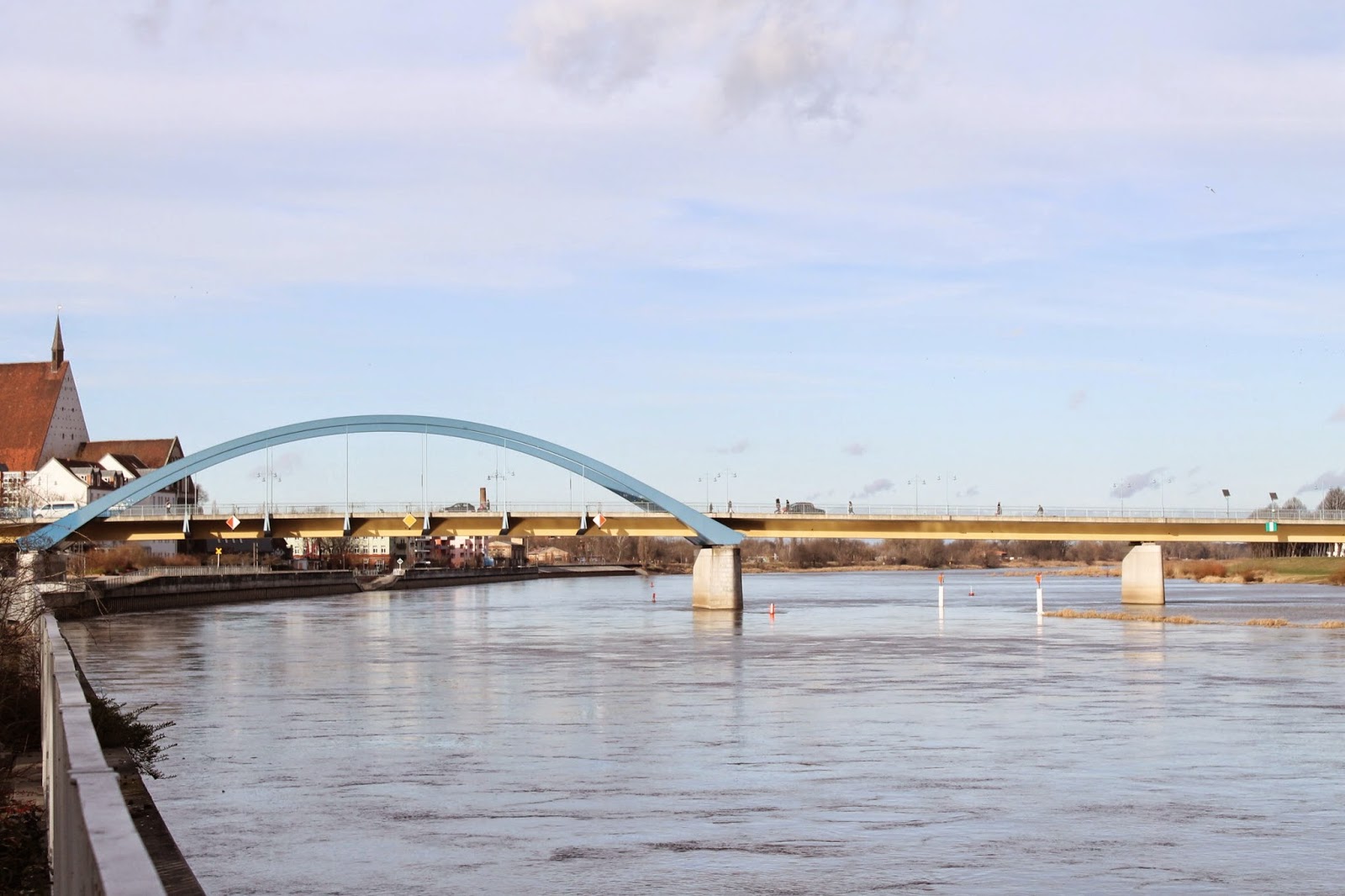 We went to a 22 story ‘box’ building called the Oderturm. At the top is a restaurant and a panorama view of the towns/area. We had a good look and then a coffee. I also took these photos so you Silsdeners could share the experience.

We then went for a walk along  the river and crossed into Poland via the only bridge. On my first visit many years ago, there was strict security/password/customs control. Both countries are now signatories to the Schengen Agreement covering 26 counties which have removed border controls. It was nice to just wander over the bridge.

We just walked around Slubice and soaked up the Polish signs and language before walking along the river embankment. We returned to the German side, had a late lunch and returned to the railway station. A relaxing journey back during which we talked about the things to do and see when I arrive in Sydney. The main event will be a trip to Canberra which is the political capital of the country. Can’t wait!