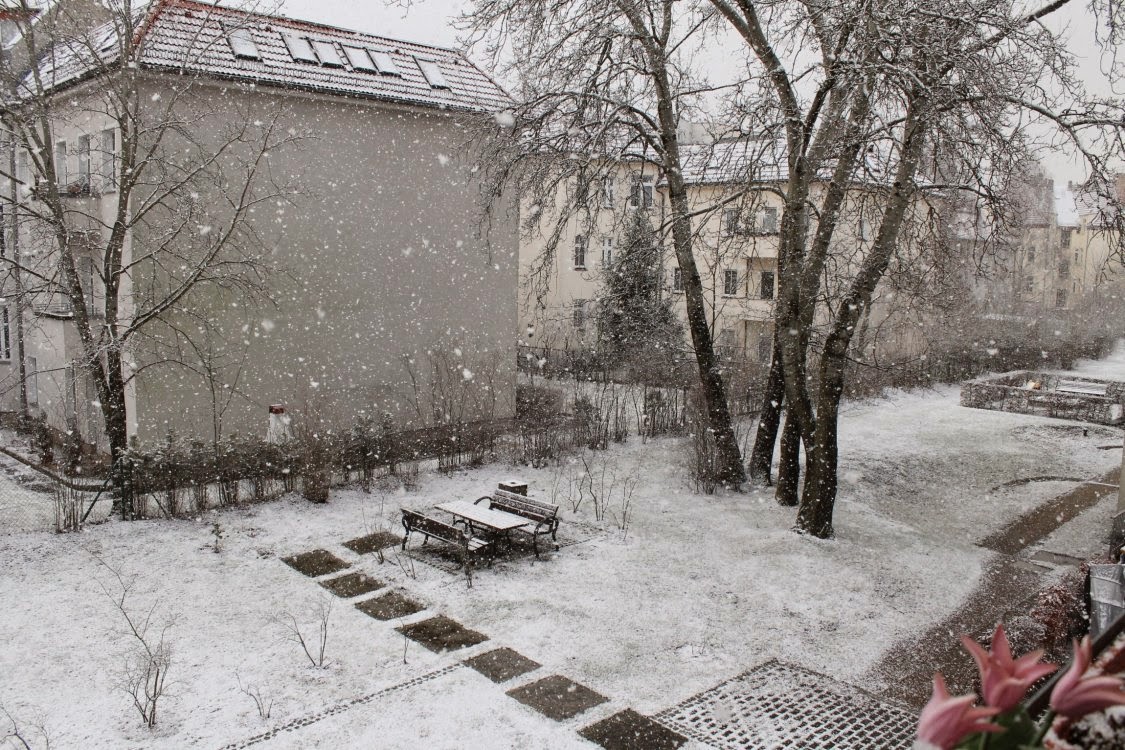 Dear Silsdeners,
It snowed yesterday afternoon in Berlin. Earlier I checked BBC News and heard it was snowing in the Pennines = where you live! Shortly after I looked out of my window and was surprised to see large snow flakes falling. I wondered if they had come from the Pennines! 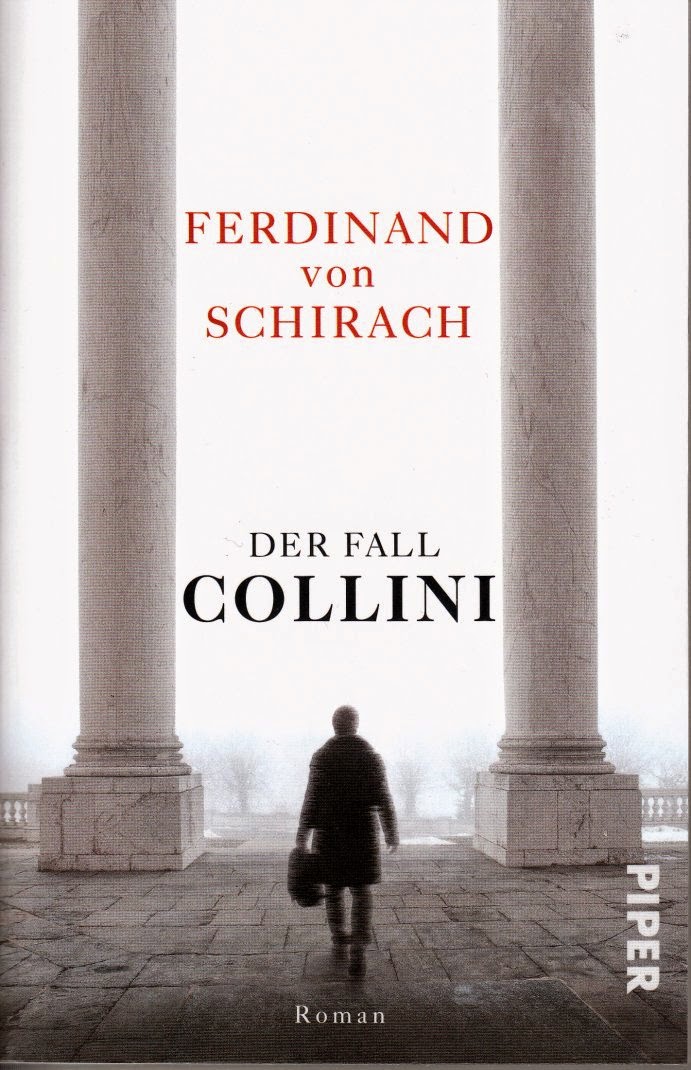 During the night the temperature dropped to below freezing so we still have snow on flat surfaces. It was -4°C on my balcony earlier and I had lots of condensation on my windows/sills so lots of ‘mopping up’.  It is now only -2°C. I wrapped up warm and went for a bicycle ride in the park not far from where I live. I was not the only one!

Yesterday afternoon my guests arrived on time and bearing lots of gifts. They were mainly food and drink. Well I did tell you that it was part of the deal in my last post. We settled down to K&K and I had a really interesting time. We talked about many things including holidays and plans for next year. They left after 10.00 pm with smiles and still talking.

To help me relax after the excitement of their visit, I opened one of my Christmas presents. A book from Johanna. It is a ‘who-dun-it’ novel and written in an easy style. It is about finding out why a middle aged man kills an older man. The killer refuses to give a reason.

The book is about finding out why. Should keep me busy on my local train travels. It was written by a man who lives in Berlin and is in fact a defence lawyer when not writing such books. Three of them have been/are in the process of being filmed. Happy reading if you also got a book as a present.