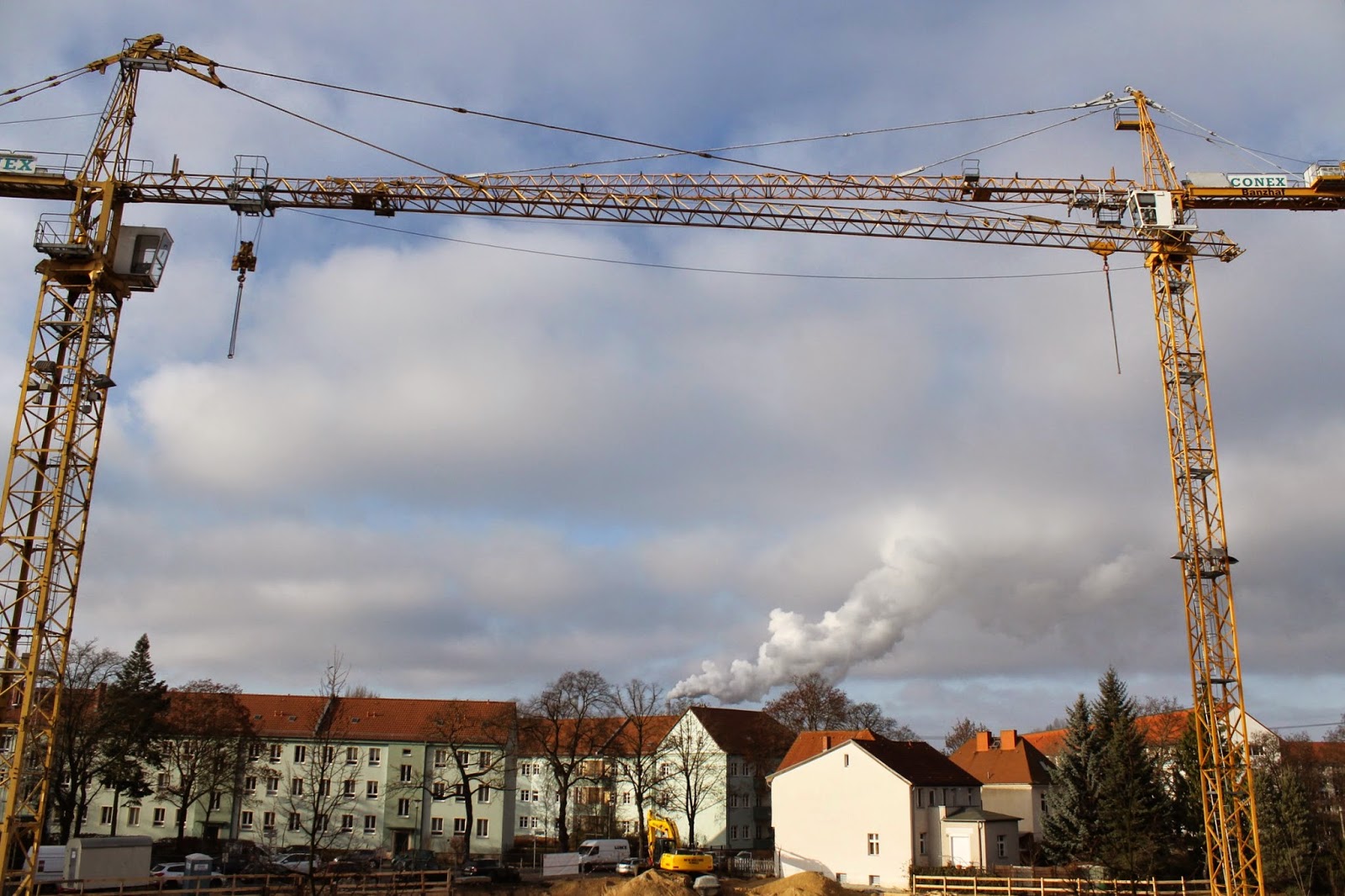 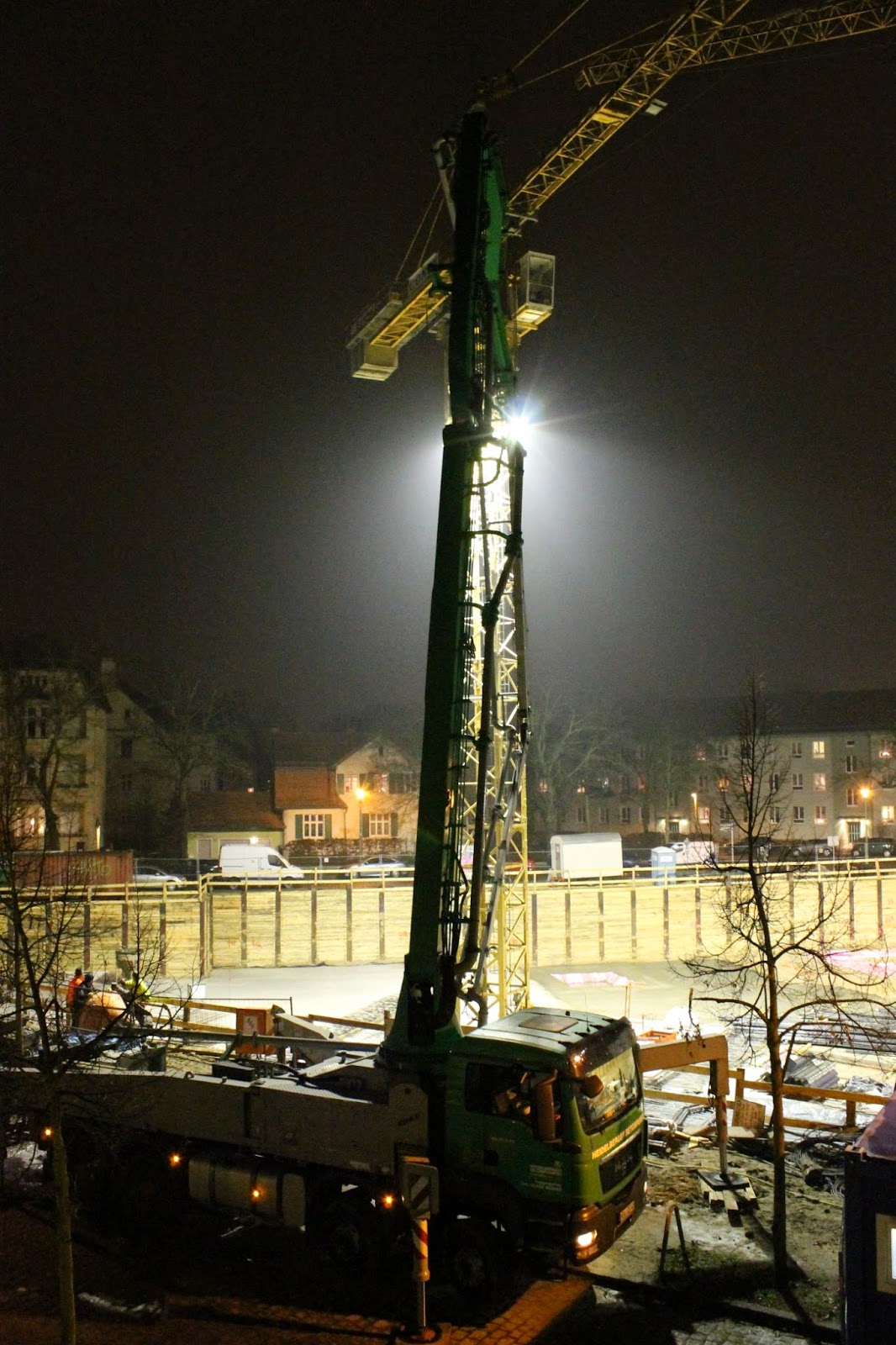 This week the builders installed the first walls in the building site opposite my flat. I thought they were for the garages, but on seeing the size and shape I realised they could not be. You can’t get a car into such a small space – not without knocking the walls down with the car :-))

I think they must be for cellars. I have one. It is a place to put all the things I don’t know what to do with or don’t want to have in my flat. I then throw them into the rubbish bin or give them away! I am sure you do the same! 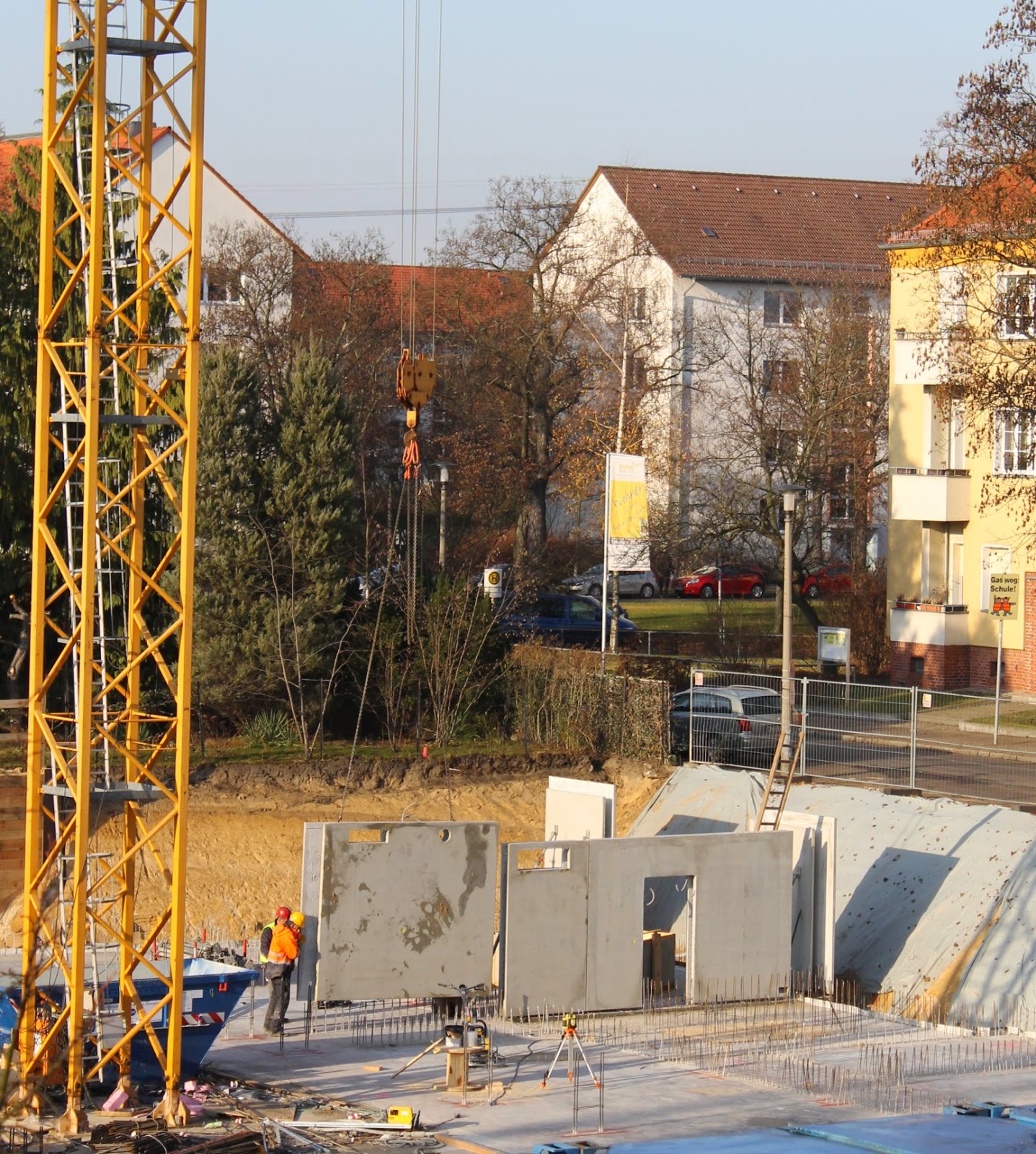 I’ve had a nice lazy day. Some shopping this morning after cleaning the place then settled down to reading my book about Ideas and updating computers. During the latter, I looked at what was showing at the cinema in Potsdamer Platz. I discovered ‘Hobbit: The Battle of the Five Armies’ was on show. I decided to go during the week. Perhaps on Tuesday for it is ‘Film Day’ which means the prices are reduced! 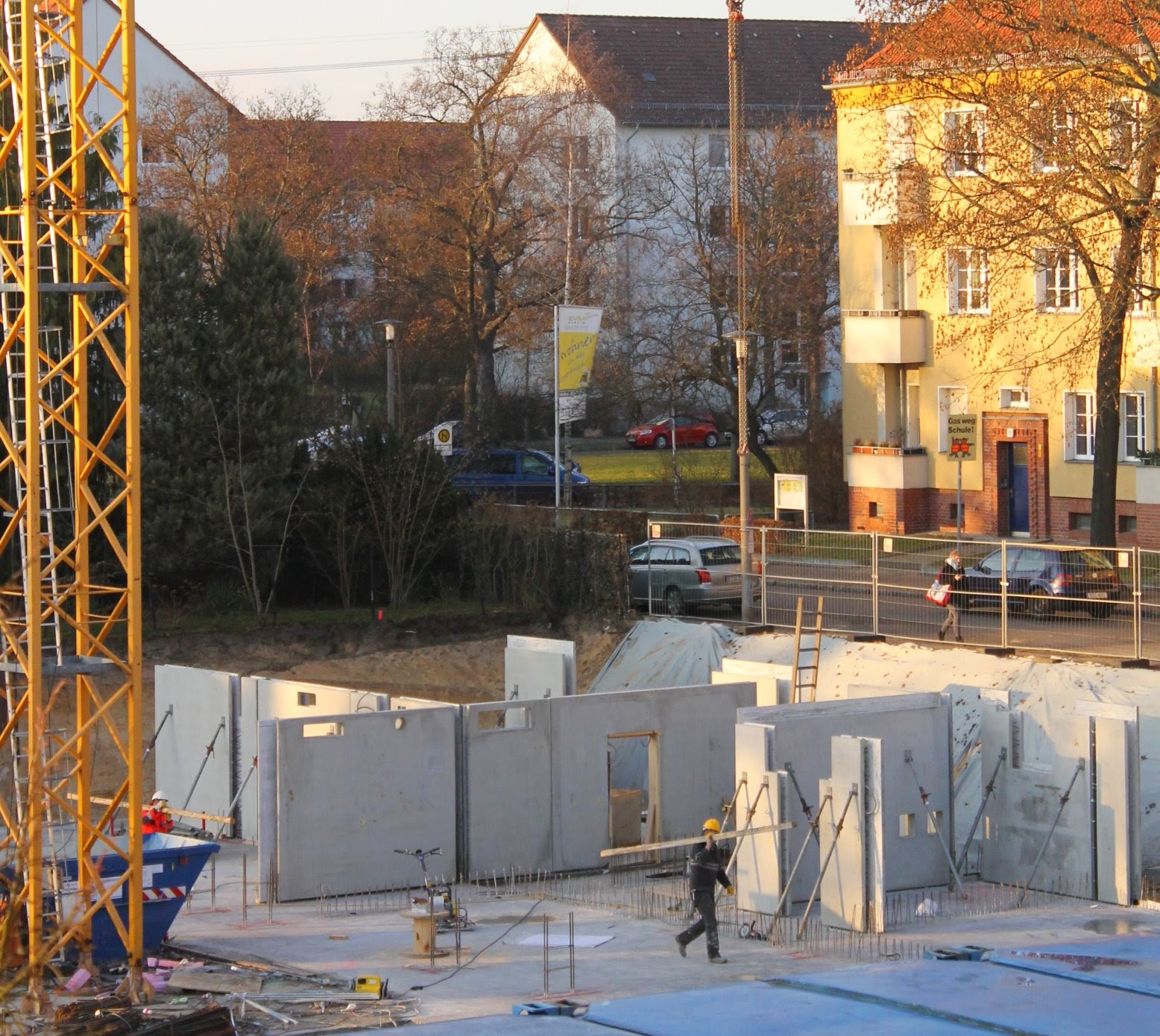 It is the last of the three films blown up from a rather thin book. I read this and all the other books years ago, but I have to raise my hat to those who have made the films by expanding the texts into three entertaining films. I hope I do not have any very overweight people stuffing themselves with popcorn and cola in front of me again. If so, I shall be just as unpleasant as I was last time to get them to move!!

Here are the recent photos of the building site. I included one of a shot in the evening and you can see the first walls being installed. Work has stopped on removing the last of the sand for a house nearby developed a deep crack in a foundation wall. Ooops! I wonder how that will be resolved.