I hope you have had a happy, positive week with something new. My week was okay but with nothing special to report. It started with a visit to my Docs. New tablets for vien problems, thrombosis risk and recent pains in the left of my heart. He also gave me an “Überweisungsschein” to see a specialist. I called the specialist for “Kardiologie”. 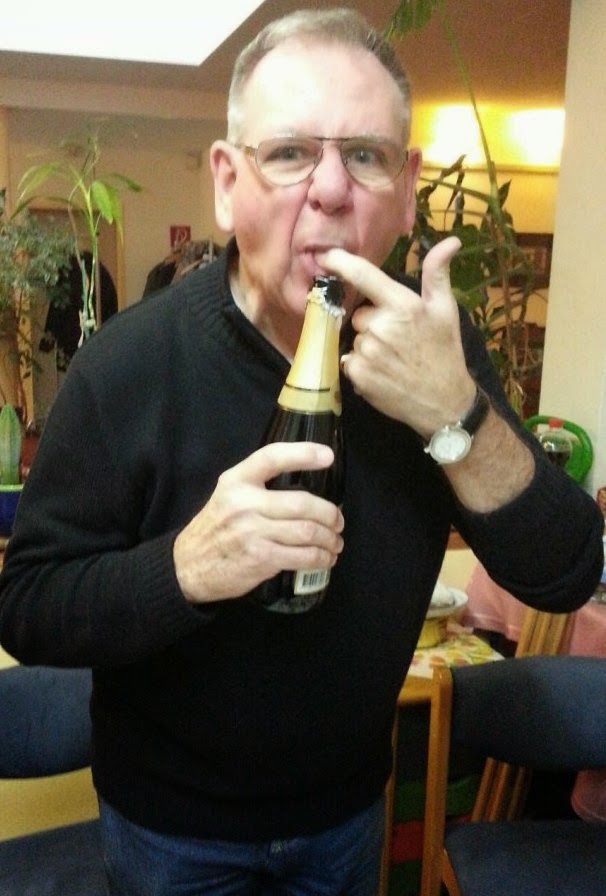 The nurse/secretary/telephone person said the earliest day for an appointment was 14 April 2015 !! Yes, you read correctly. I asked this person what I should do if I had a problem and was told to go to the Accident and Emergency department at my local hospital! It would seem that the public health system is heading in the same direction as that in the UK = downhill!

Next day was a visit to the dentist for minor work and in the evening I met Johanna and Jutta to go to a meeting hall called ‘Urania’. There we listened to Dr.Dr. (yes, he has two doctor titles!) Eugen Drewermann talking about ‘Turning points: What does Christianity really mean?’ It was part of a series about Religion, Spirituality and modern life. He is a critic of organised religion. From listening to the question in the QA session, it was clear to me that many in the audience did not understand his lecture.

Yesterday started with a Kerstin fitness session followed by the last meeting of my Photoshop Gang. It included ‘Kaffee und Kuchen’ and a glass of Sekt. My contribution was the sekt. Here you can see me pouring it out – photo taken by Stefan on his phone-camera.