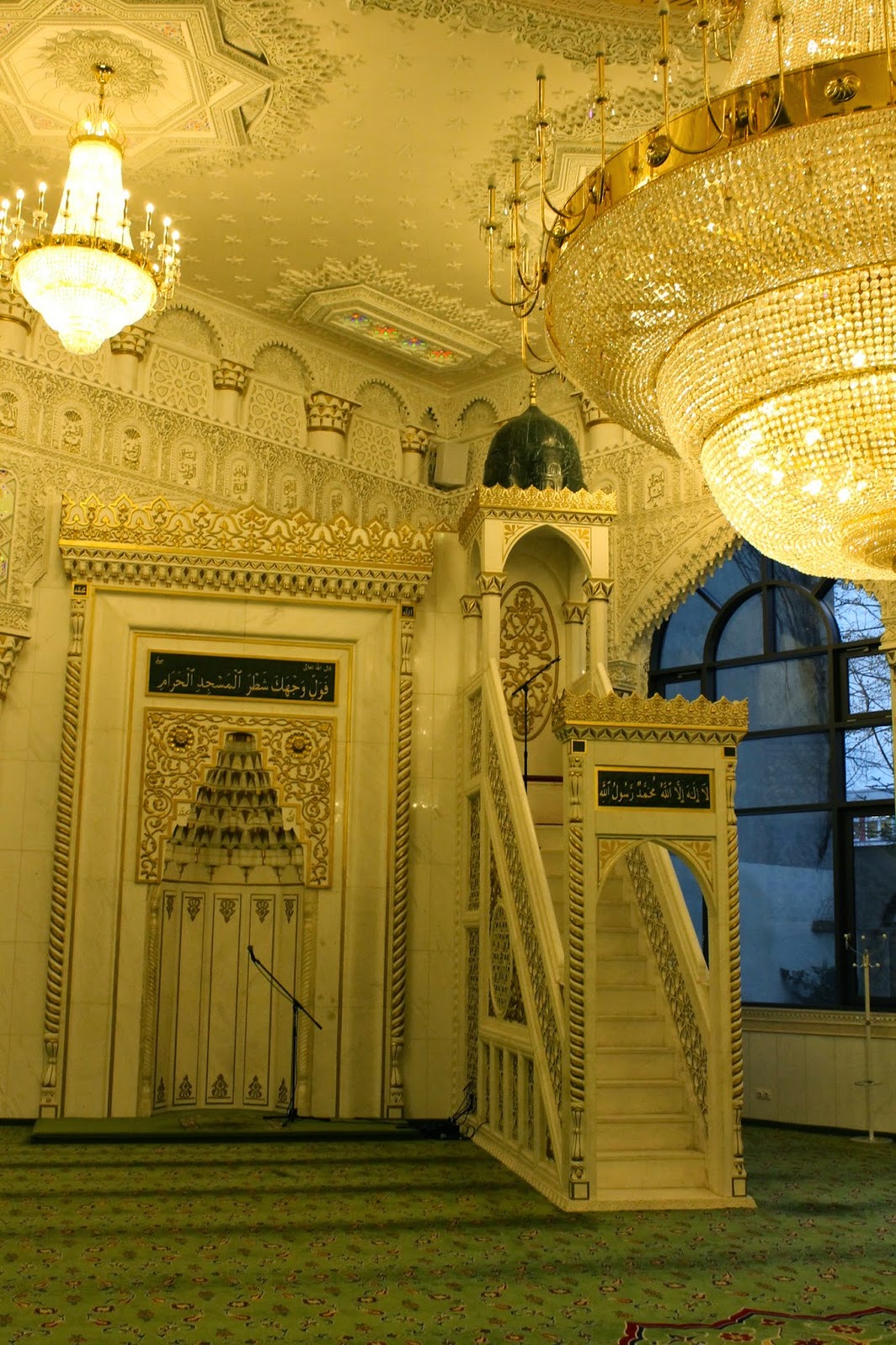 This afternoon I had a new experience in Berlin. I went to a mosque. This is an interesting word for I know it also as die Moschee and Musjid from Hindi, Urdu and Arabic. I have been to many in various countries but never before in Germany. 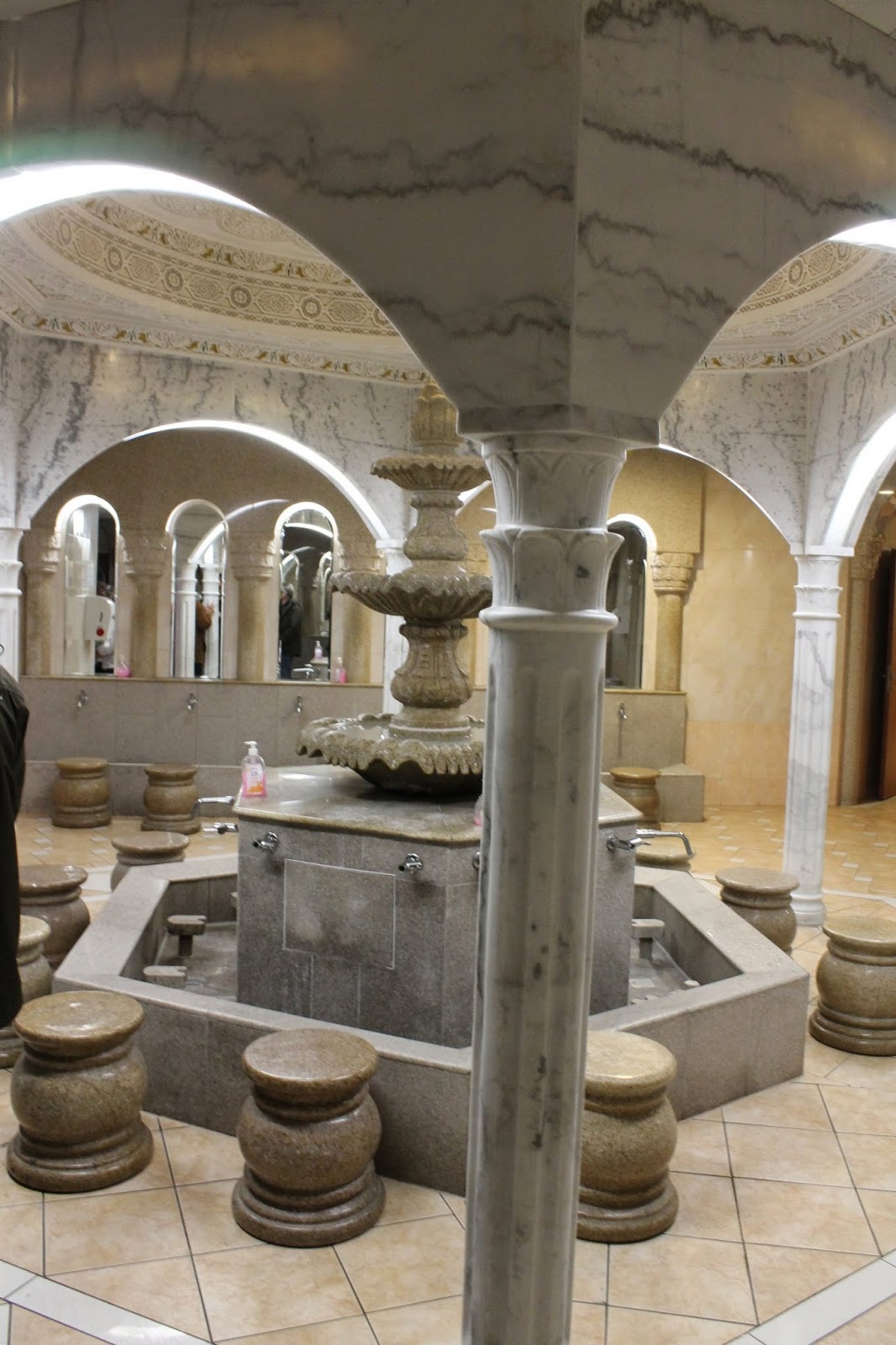 The event was organised by Michael who is the deputy chairman of the SPD Oldies in Lichtenberg. This is where I live, as you surely know by now. We met up in our local AWO and headed off in three cars. Yes, there were twelve of us.

We finally found a parking space in Kreuzberg. This is a district in the centre of Berlin. It is one of two main districts housing Muslim people. Most are descendents of Turkish ‘guest’ workers. They raised the money to build a mosque in the 1990’s. 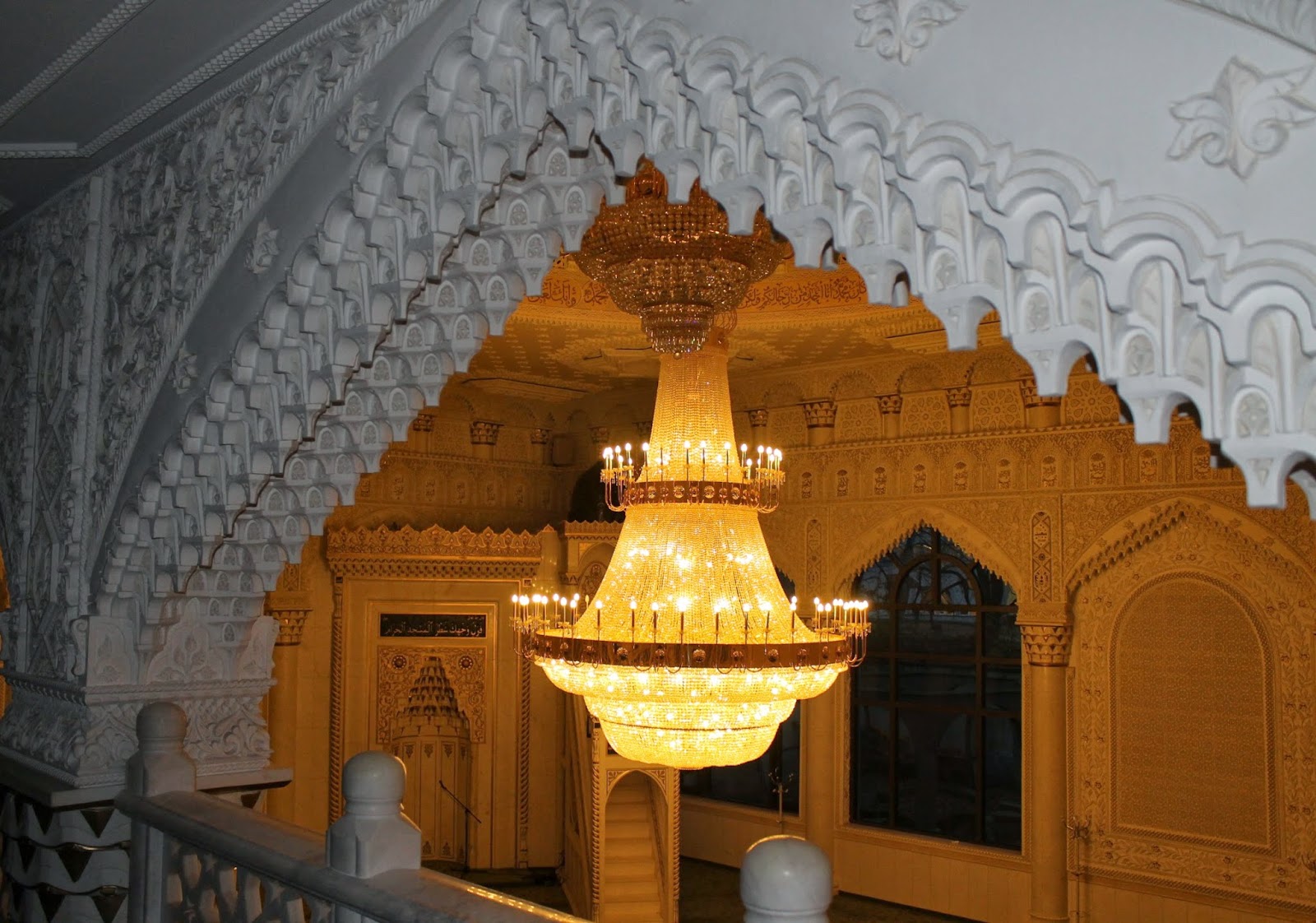 We entered the mosque to be met by our guide. A large and friendly man with almost perfect German and a very big smile! We took off our shoes and entered the prayer hall. He explained his religion and talked about the mosque building. It has six floors combining the large three story prayer hall, floor for kids, one for women and one for offices.

We did a tour of the building, which we discovered had been financed by donations, and ended up in a friendly cafe, which was also part of the building. My ‘Gang’ relaxed over coffee, cakes, or a large plate of hot food. Lots of chatting during which I discovered that nearly all had been in a mosque before, and all had positive experiences.Nice to report something positive about Islam in current all too often negative reports!