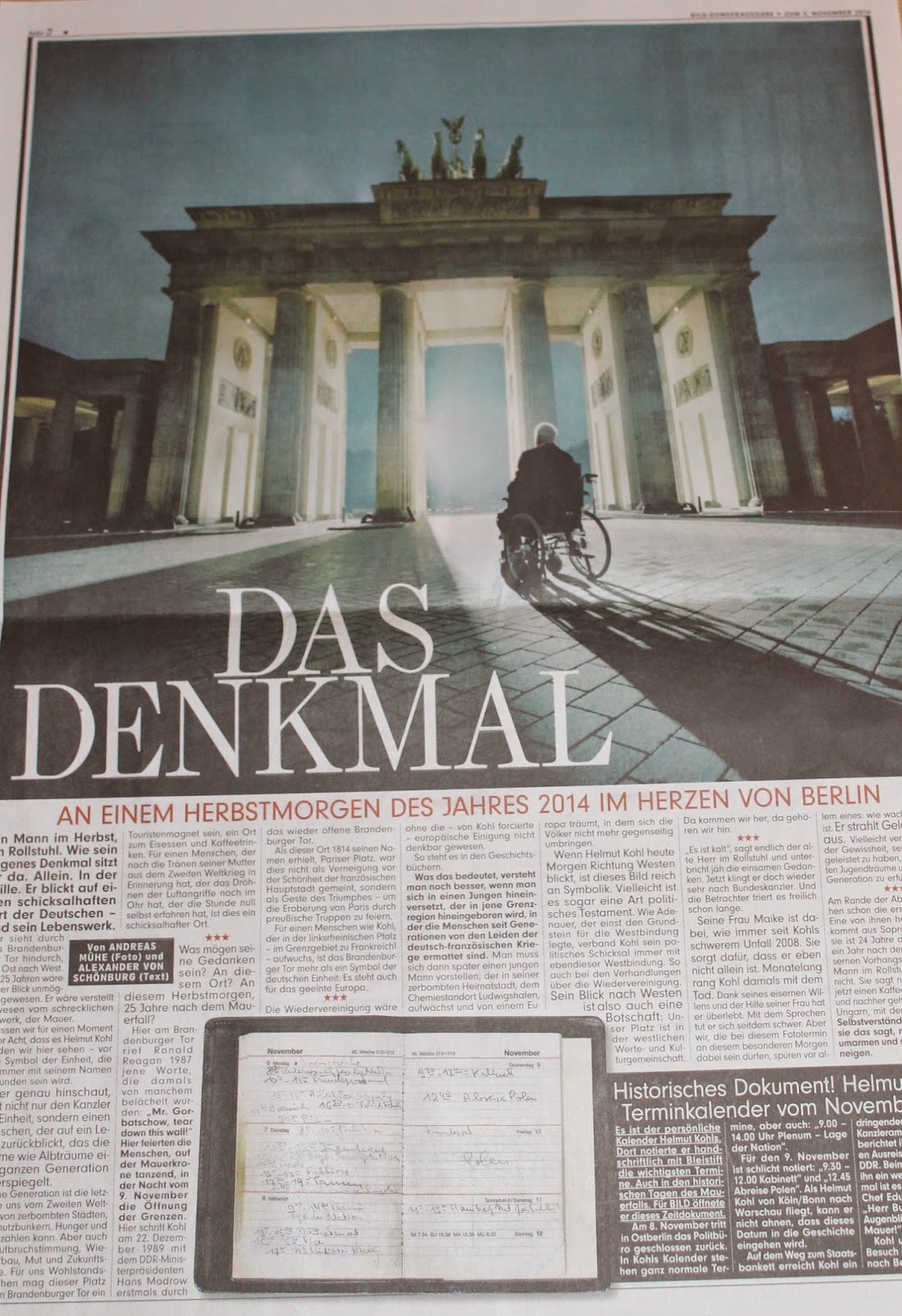 Yesterday I went to Cinemax at Potsdamer Platz. I met Marcel and Andreas. We saw the film Interstellar. I can really recommend it. Very clever story mixing science, particularly time and gravity, with fantasy. The music is integral to the film and was composed by Hans Zimmer. I noted 6 composers he had borrowed musical ideas from! 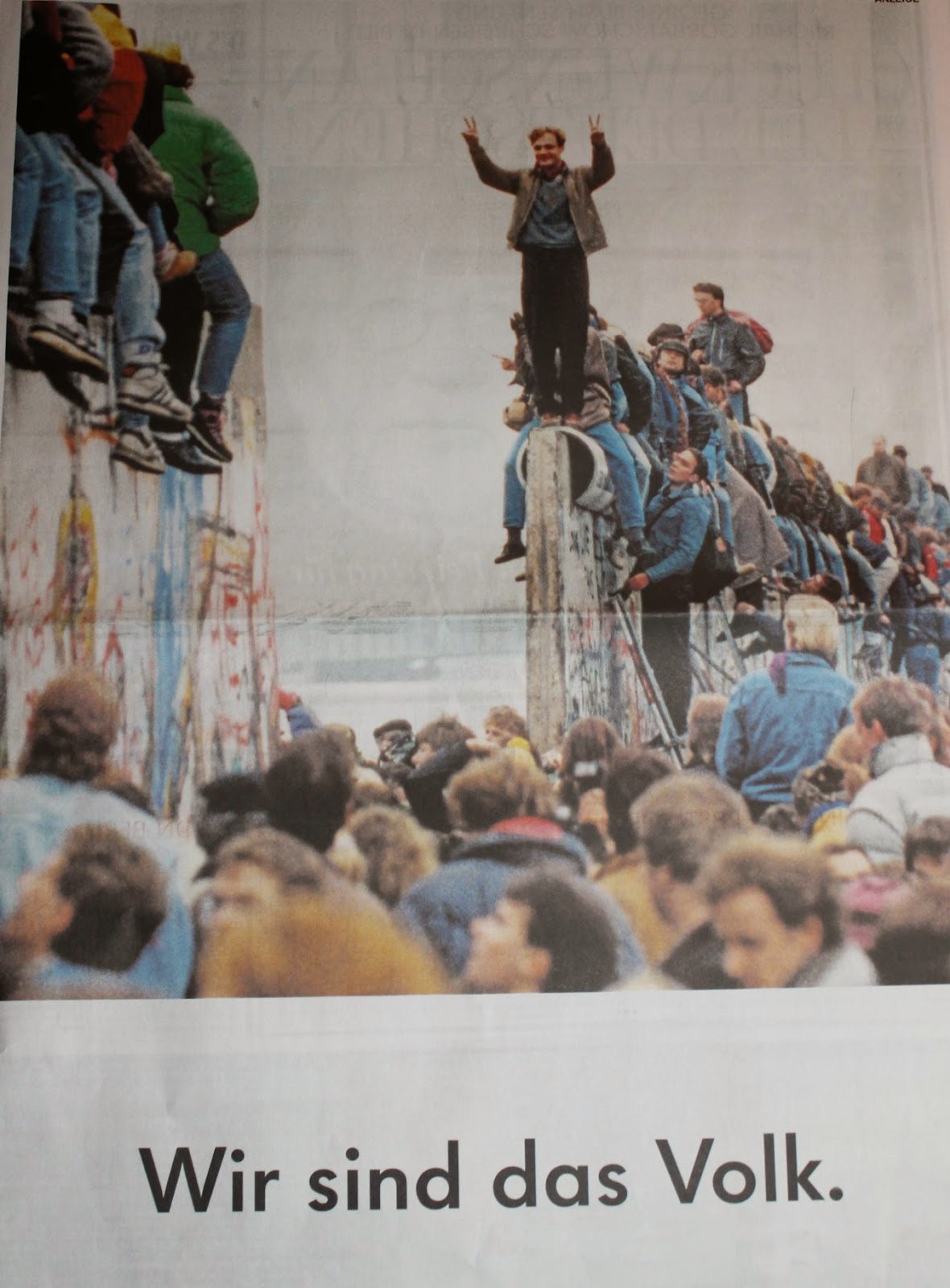 This morning I should have gone to Cottbus in the south of Land Brandenburg. Repairs to lines and building work delayed arrival at the main station so we cancelled. Instead I can stay in Berlin and celebrate the breaching of the Berlin Wall exactly 25 years ago.

A ‘newspaper’ called die Bild Zeitung published 42 million special copies to celebrate the event and I guess that every postbox in Germany got a free copy! I read it and noted a few points I didn’t know about that day and life in the DDR. 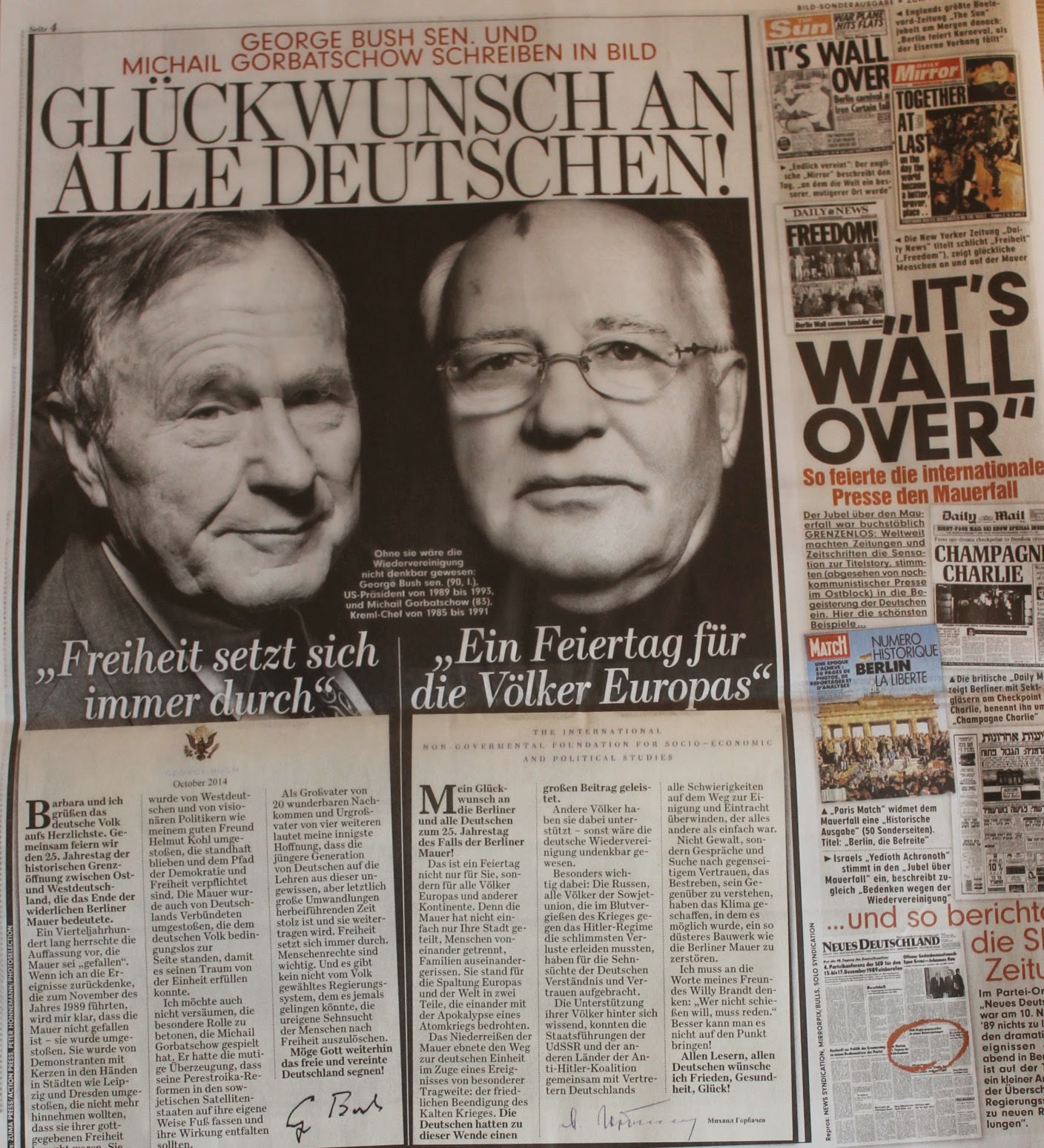 In the middle section there is a two page questionnaire. I could only answer about half so I need to ask more questions from friends who lived through that period. One photo shows Helmut Kohl now
confined to a wheelchair following a stroke, which also removed most of his ability to speak. There is lots of praise for his role in subsequent events.

One photo I like is of the Wall with people clambering on it and walking through the breach. Wir sind das Volk = We are THE people, does not have the same resonance as it does in German, but the words and image capture the event. 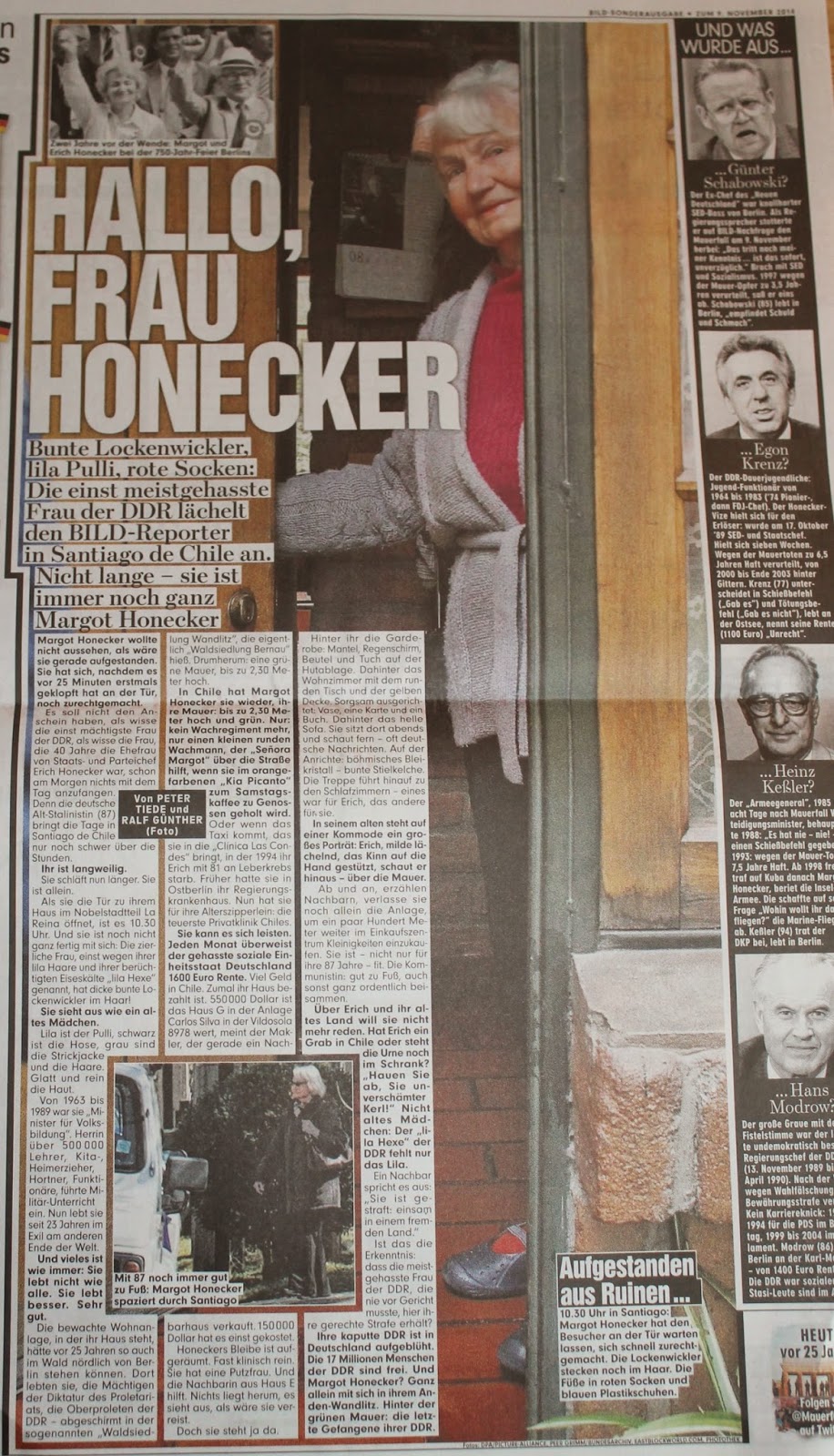 Another page shows messages from George W. Bush(90) and Michail Gorbatschow(83). I don’t think I need to tell you who they are, and were 25 years ago. On the right of that page is a list of front pages from other European newspapers. I think The Sun from London has the best word play with ‘It’s Wall Over’. Oh noooo!

Finally we have a story/photo from a Bild reporter and photographer who knocked on Margot Honecker’s door. She lives in Santiago de Chile in Chile and was married to Herr Erich who was the last ‘Boss’ of the GDR. She is now 87 and at least the reporter said she looks younger and fit while making a negative comment about her opening the door with a roller in her hair and rubber slippers on her feet!

On realising who he was she said, ” Hauen Sie ab, Sie unverschämter Kerl!” Not easy to translate this for she used the ‘Sie’ formal form in German even though ‘door-stepped’. She said, ‘Go away/get lost you impertinent/brazen-faced fellow!’  I wonder if she will be watching the celebrations on TV today exactly 25 years after her world began to collapse?