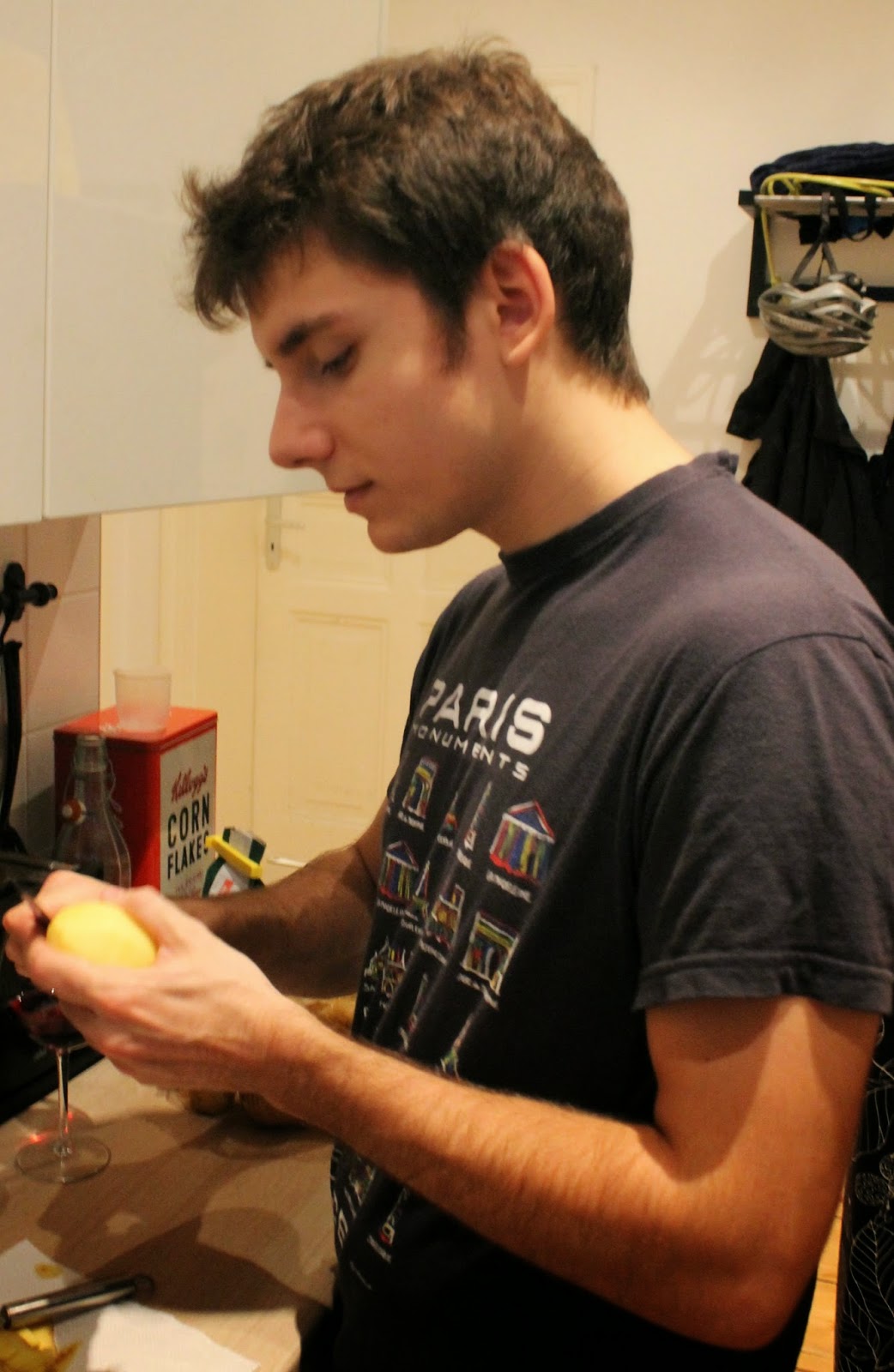 I had almost forgotten what is was like to have a tooth taken out. Ouch!! It hurts! At 10:30 this morning I went to my new dentist for a check. After introducing ourselves, I climbed into the chair and opened my mouth….wide please!  She peered in and announced my pain came from a tooth which had split and was becoming infected. 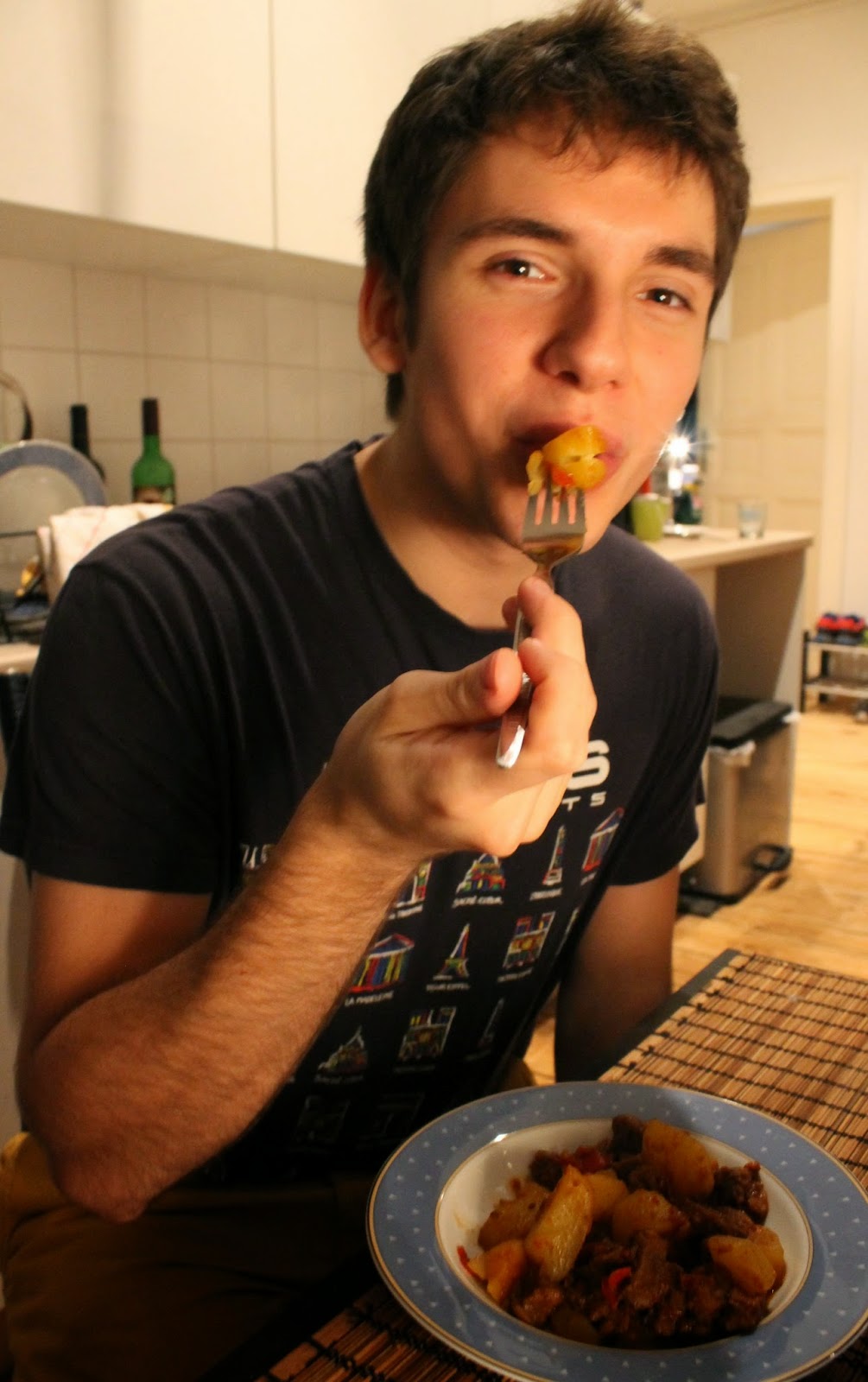 Oh no! After some discussion she said it had to come out for the infection had reached the root. Lots of injections before she attacked. I could feel the tooth fighting back. It lost the battle. Lots of sucking blood away before big smiles as the dentist announced a successful extraction.

Thank goodness this didn’t happen at the end of last week. Why? Because I would have missed Marcel’s ‘Welcome to my new flat meal’. You know that I helped him to move about a month ago. I reported this on my blog.

I set off on a one hour journey to reach his new(ish) flat yesterday and arrived just after 4.00pm. Nice smells coming from the kitchen as I entered. He settled me into the dining room/kitchen and poured some red wine as a ‘pre-taster’. Lots of chatting covering many topics as he served a tasty salad and then ‘The Meal’.

Yes, he had picked up a recipe from a Hungarian webpage and even used some Hungarian red peppers and spices. The meal was delicious as usual. He really has discovered a talent for cooking since he arrived in Berlin. Perhaps he should become a cook rather than a physicist! Thanks Marcel for a memorable evening.